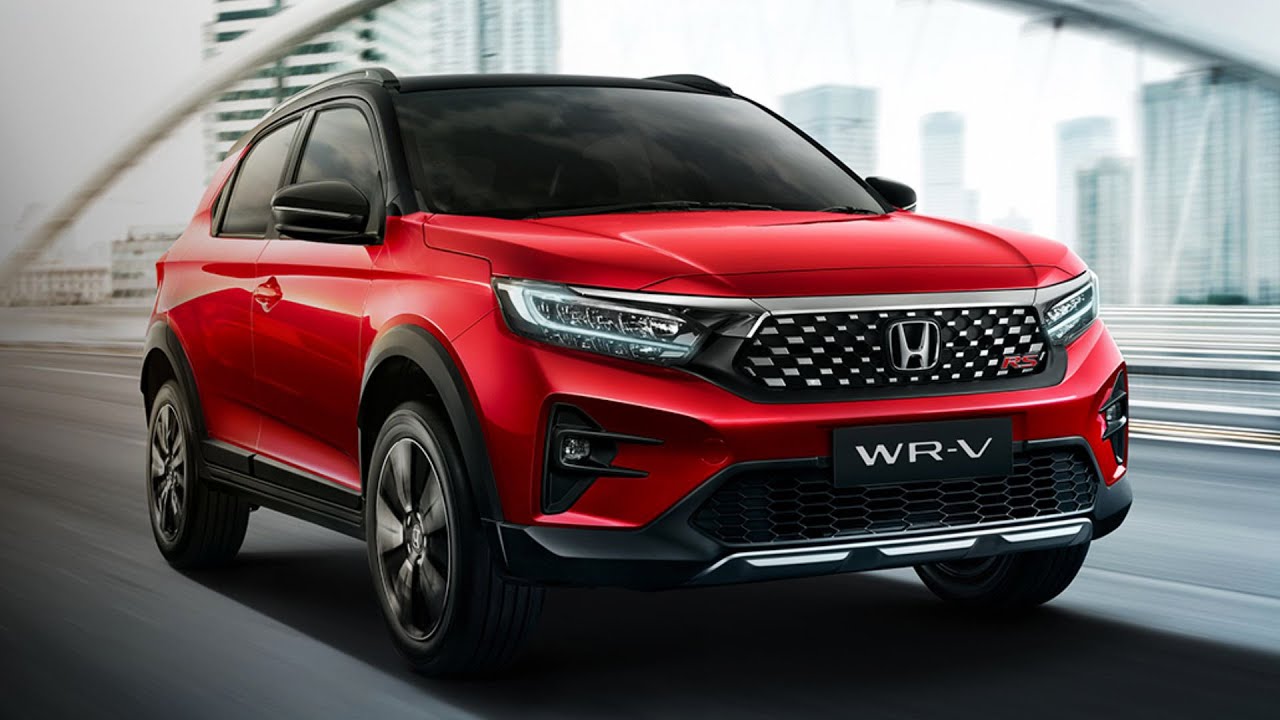 New-Gen 2023 Honda WR-V – Full Details / Bigger, Better & More Advanced. The second-generation Honda WR-V has finally made its world debut in Indonesia. The model will first go on sale in Indonesia, followed by other global markets.

Honda’s new SUV will measure around 4.2 meters in length and share its platform with the fifth-generation City sedan. The new 2023 Honda WR-V comes with significantly improved design and updated interior. Under the hood, the SUV features a 1.5L petrol engine making 121bhp and 145Nm. Transmission duties are done by a 5-speed manual and a CVT automatic gearbox.

Compared to its previous generation, the new one is longer, wider and taller. It measures 4060mm in length, 1780mm in width and 1608mm in height with a ground clearance of 220mm. The SUV offers a boot space of 380-litres. Read – 2023 Honda City Facelift – What To Expect?

Design and styling of the 2023 Honda WR-V is inspired by the Honda Concept RS. In fact, the model shares some of its design bits with the Honda HR-V and CR-V. The new WR-V underpins the same platform that’s used in the India-spec Honda Amaze.

The company presented two styling packages with the new 2023 Honda WR-V – WR-E and WR-V RS. The latter one will come with the 17-inch alloy wheels (instead of 16-inch alloys), new grille, red accents inside and out, all-black interior and dual-tone colour schemes. The SUV has been offered with features such as a 4.2-inch MID, connected car tech, auto cooling function and remote engine start.