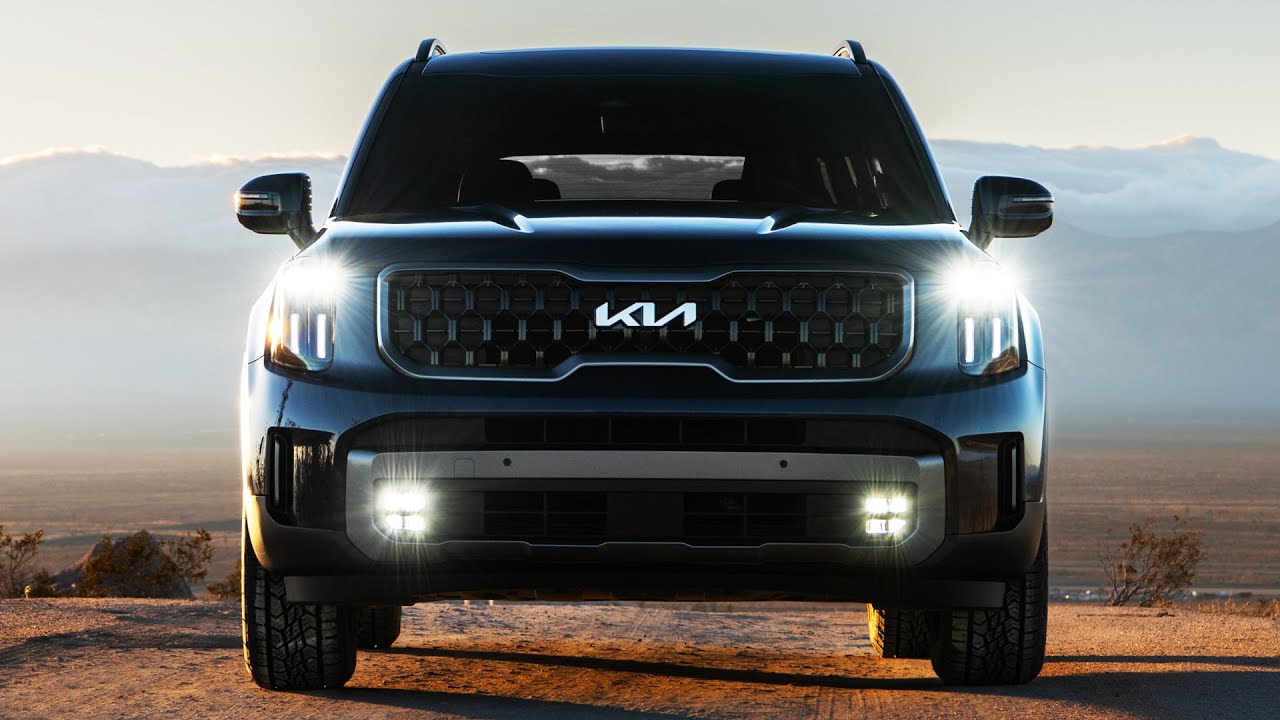 The headlights replace their orange-rectangle lighting element with twin spotlights and vertical bars, the lower fascia is reworked, and the leading edge of the hood loses its TELLURIDE lettering. The rear appearance and lower body-side molding have also been tweaked. Following the lead of the redesigned 2023 Sportage, the Telluride adds a rugged-looking X-Pro trim level and also a less intense X-Line model.

Both of the new trims are AWD exclusively. The X-Line’s special elements are a 0.4-inch-higher ride height, a new Tow mode, beefier roof rails, a redesigned grille, and trim-specific 20-inch wheels. The X-Pro adds a 110-volt outlet in the cargo area, swaps the 20-inch wheel for 18-inchers with all-terrain tires, and has an increased tow rating of 5500 pounds (up from 5000). Note, however, that the Telluride’s sole engine offering is unchanged: a 3.8-liter V-6 again making 291 horsepower and 262 pound-feet of torque. Hill-descent control is a new addition, standard for all Telluride trims whether with front- or all-wheel drive.

The standard Highway Driving Assist (HDA) semi-autonomous adaptive cruise control can now be upgraded to HDA 2, which adds lane-change functionality. The standard speed-limit recognition system can automatically adjust the cruise control set speed when the speed limit changes. The forward collision avoidance system now also watches for oncoming traffic when making a left turn. Additionally, it can brake to avoid cross traffic in an intersection or brake and steer when it detects an oncoming vehicle during a two-lane pass. It’s also better able to watch out for pedestrians and cyclists.

Also on the tech front is a new available digital key functionality, which requires an iPhone, Samsung Galaxy Android, or Apple Watch.

Inside, the biggest change is the arrival of a digital instrument cluster, which merges with the larger infotainment screen (now 12.3 inches). The head-up display also is larger and can show more info. Fortunately, Kia has retained much of the center stack, which still features physical buttons to operate much of the climate control system and to quickly access major touchscreen functions. Also retained are knobs for volume, tuning, and temperature, as well as a real shift lever.

Pricing for the 2023 Telluride has not been released yet, but we wouldn’t be surprised to see the figures creep up slightly. The 2022 model ranges from $34,385 to $44,285. The 2023 Telluride goes on sale this fall.
———
Hope you enjoy this video and leave your comment bellow. To stay up to date with alot of new Videos