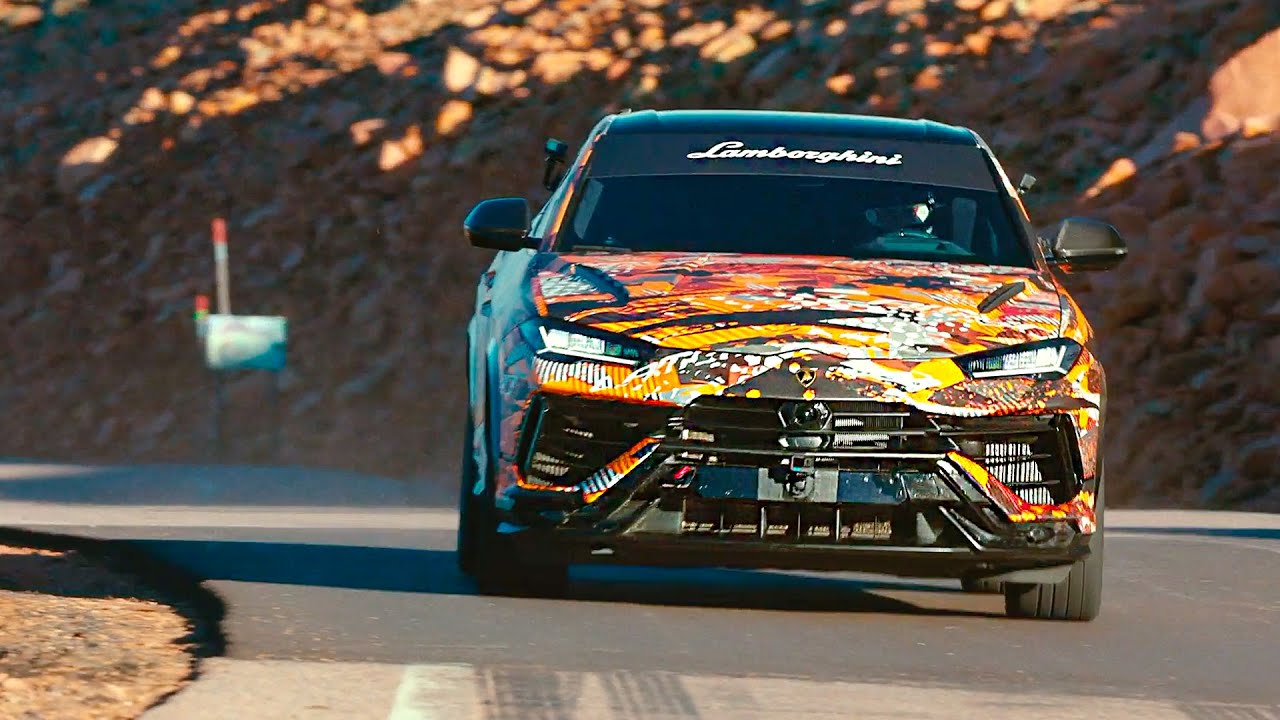 Hillclimb champion and Pirelli test driver Simone Faggioli, holder of the rear-wheel drive record set in the 2018 ‘Race to the Clouds’ on Pikes Peak, was entrusted with the new Urus, sporting a camouflage wrap ahead of its official presentation. The timed attack took place on the same route as the race, with the road closed to traffic for the occasion. Starting from an altitude of 2862 meters, Faggioli tackled the 156 turns that wind for 20 km (12.42 miles) ascending a further altitude of 1439 meters over an average gradient of 7%, and crossing the finish line at 4302 meters (14,115 ft) in 10:32.064.

Yet to make its formal debut, the new Urus was not entered in the official race but the time was recorded by the official timekeepers of the Pikes Peak International Hill Climb. The Urus bested both the previous PPIHC sanctioned non-race day manufacturer record of 12:35.610 set by Paul Dallenbach in 2014, and the current race day record of 10:49.902 held by Rhys Millen, set in 2018, in a Bentley Bentayga.

The Urus, equipped with the standard twin-turbo V8 engine, was modified to comply with the safety regulations of the Pikes Peak International Hill Climb: the passenger compartment is equipped with a roll cage; the standard seats replaced by a race seat with six-point harness; and a fire extinguishing system was installed.

The tires (sizes 285/40 R22 and 325/35 R22) are an evolution of the Urus’ Pirelli P Zero Trofeo R. For the first time, the Pirelli semi-slick tire has been developed to meet the characteristics of an SUV, with this particular variant developed in cooperation with Lamborghini. The result of the collaboration is a tire with increased versatility, returning high performance both on dry asphalt with high ambient temperatures and on wet surfaces with colder temperatures.