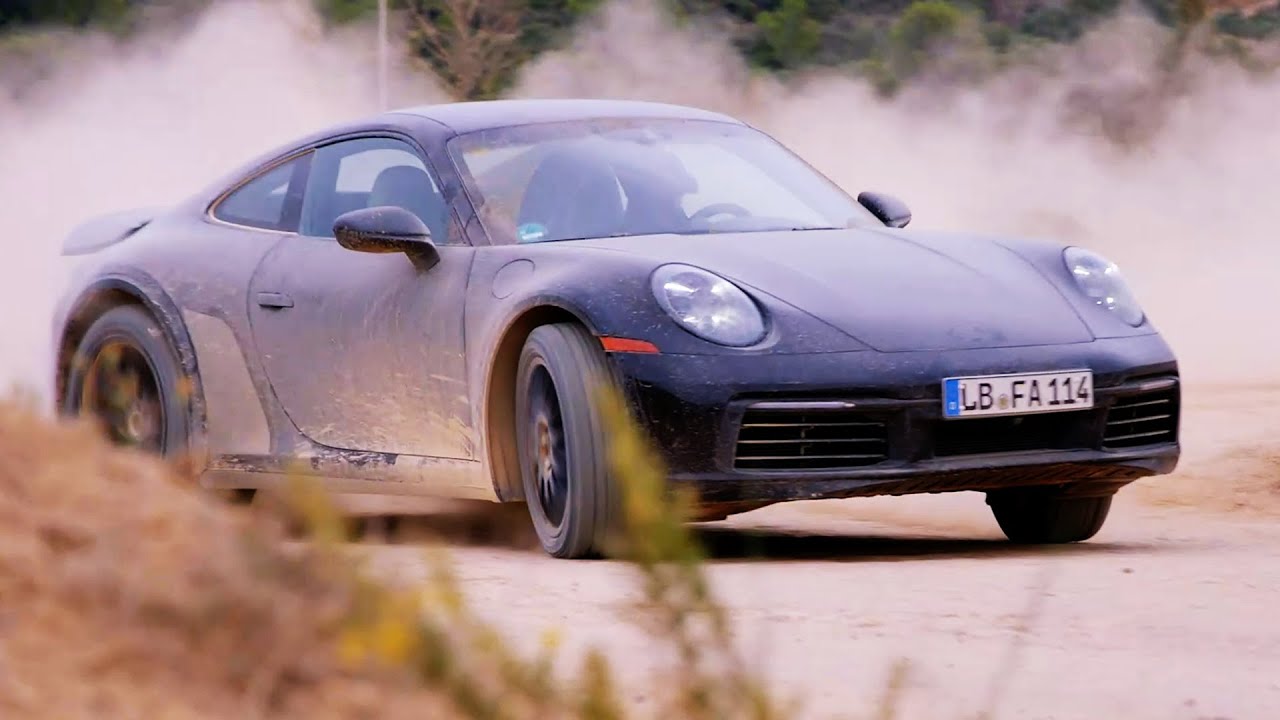 Revealed in full at the Los Angeles motor show, the Dakar has undergone a lengthy development process, having made its debut in prototype form at the Nürburgring more than two years ago. It arrives hot on the heels of the even more exclusive Porsche 911 Sport Classic and track-focused Porsche 911 GT3 RS.

Porsche has a long and successful history in top-flight rallying, most famously clinching victory in Dakar with the Porsche 911-based 959 Group B racer in 1984 and 1986, and supporting various successful privateer efforts with 911s in the early years of the World Rally Championship.

Underneath, the Dakar is most closely related to the four-wheel-drive Porsche 911 GTS and shares that car’s 473bhp, 420lb ft 3.0-litre twin-turbo flat six and eight-speed PDK automatic gearbox. But wide-reaching modifications to the chassis and body make it a completely different beast from its standard sibling.

Most obviously, the Dakar sits 50mm higher off the ground than a 911 Carrera S and can be raised another 30mm on command, which significantly boosts ground clearance and increases its approach and departure angles. Porsche points out that the suspension is “not designed merely for driving over obstacles at low speed” but can be used at speeds of up to 106mph for “ambitious off-road adventures”.

That ethos extends to the purposeful off-road rubber wrapped around the Fuchs-inspired alloy wheels: bespoke Pirelli Scorpion All-Terrain Plus items with 9mm-deep treads and super-strong reinforced sidewalls. Porsche says that, despite their off-road focus, the tyres allow for engaging on-road dynamics, but it also offers more Tarmac-friendly P Zero items as an option.

Elsewhere, the Dakar is fitted with rear steering, the GT3’s ‘dynamic’ engine mounts and active roll control. Two new driving modes have also been introduced for use on different types of terrain: Rally sends most power to the rear axle and is designed for loose, uneven surfaces, while Off-road puts the suspension at its full height and divides the power equally front to rear. Both offer a new Rally Launch Control function that maximises acceleration on loose terrain – countering wheel slippage of up to 20%.

Beyond the purposeful chassis set-up, the Dakar is marked out by a radical exterior overhaul modelled on the most extreme off-road vehicles available. Aluminium towing eyes feature front and rear, as do significantly widened wheel arches and chunky steel protective plates. Other bespoke details include a carbonfiibre-reinforced plastic rear spoiler – and a bootlid lifted from the ultra-light GT3.

New for the Dakar is a bespoke Shade Green paint option, but buyers seeking a more extroverted proposition can opt for the £18,434 Rally Design Package, which brings a distinctive two-tone white-blue paint scheme with red and gold stripes, modelled on the Dakar winner’s famous Rothmans livery.

The Dakar is 10kg heavier than the standard Carrera 4 GTS, at 1605kg, but stringent weight-shaving measures – including the removal of the rear seats, fitment of slimmer window glass and a lightweight battery – keep the heft to a minimum and ensure the Dakar is still a rapid straight-line proposition: 0-62mph is achieved in just 3.5sec (nearly matching the GT3) and top speed – limited by the larger-diameter tyres – is pegged at 149mph.