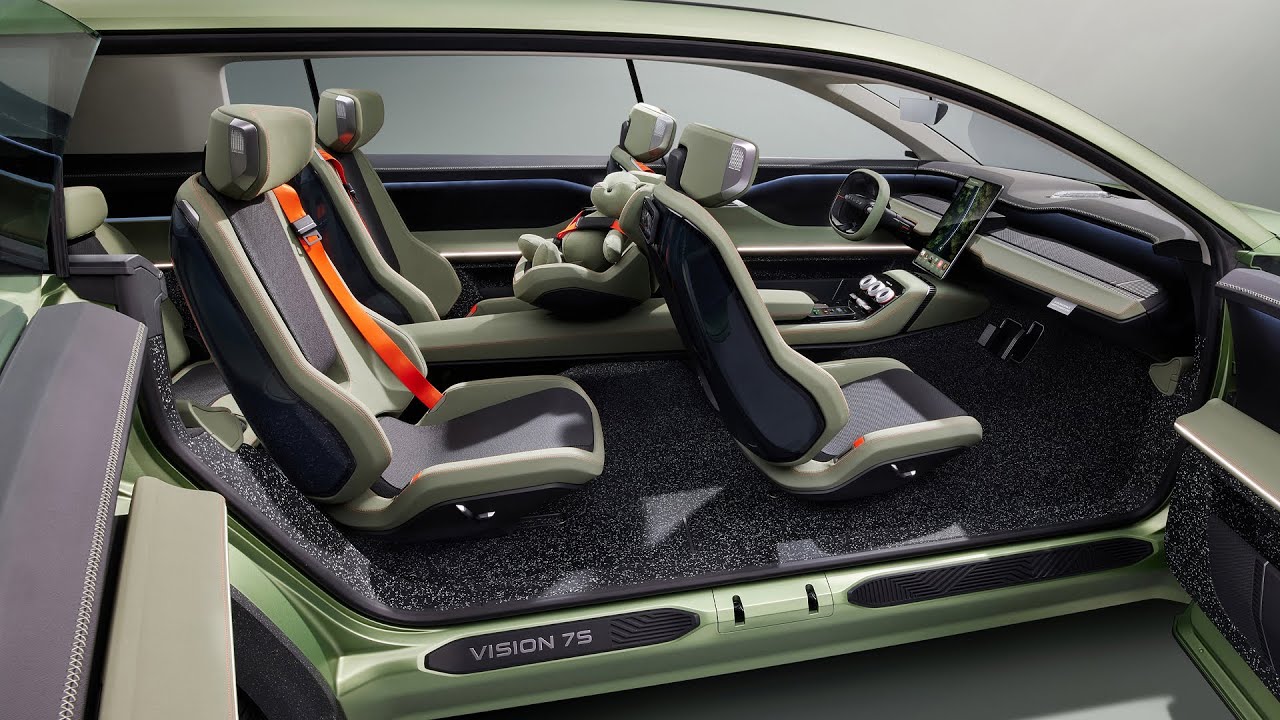 New Skoda VISION 7S INTERIOR – Future Hi-Tech 7-Seater EV SUV. Skoda Vision 7S Presents the Brands New Logo and Design Language in Electric Seven-Seater
Some concept cars bring more than the promise of a new vehicle. They have the task of announcing bigger plans: a new logo, a design shift… The new Skoda 7S came with all those goals. Apart from being an electric seven-seater SUV, it presents the new styling and logo that future Skodas should bear.

Forget the round badge. The Czech brand will present its name instead, just like Kia currently does. That would also be the case for Dacia if the company did not also develop the two D letters forming an X.

The new design is a much cleaner one, without the creases we are used to seeing in the company’s current cars. They are not as extreme as those in Hyundai vehicles. However, you still get the feeling that there is too much information on them. In that sense, the 7S is a breath of fresh air: what an elegant new vehicle it is!

According to the brand, it will turn into a production car powered by a battery pack and capable of carrying seven people. As much as that may seem new in the Volkswagen Group, the carmaker has already sold the ID.6 in China since 2021. The 7S will be the ID.6 for European customers.

If it really arrives in 2026, that will make it five years late. Hopefully, Skoda will present it earlier. The good thing is that the production vehicle should come with an 89 kWh battery pack that should give this new EV a range of “600 kilometers (370+ miles),” with a charging speed of 200 kW.

Apart from this car, the Czech brand will also have a compact SUV and a small car, as it announced back in June. Both will sit over the MEB Small architecture, which we previously knew as MEB Entry or MEB Lite. Expect these new Skoda vehicles to be respectively equivalent to the Cupra UrbanRebel and Volkswagen ID. Life.

This platform will be produced exclusively at the Martorell factory in Spain. That means that Skoda may have to wait for that plant to get ready, as well as the Sagunto battery production facility. That will only happen by 2025. Considering they will only reach production lines in 2025, these more affordable EVs will be the last ones to be presented.

With the Enyaq iV family and these new EVs, Skoda hopes that 70% of its sales by 2030 will be of electric cars. The company plans to “invest a further €5.6 billion ($5,612 billion at the current exchange rate) in e-mobility and €700 million ($701.5 million) in digitalization over (the) next five years” to make that happen.
———
Hope you enjoy this video and leave your comment bellow. To stay up to date with alot of new Videos 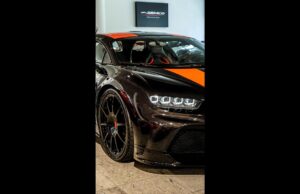