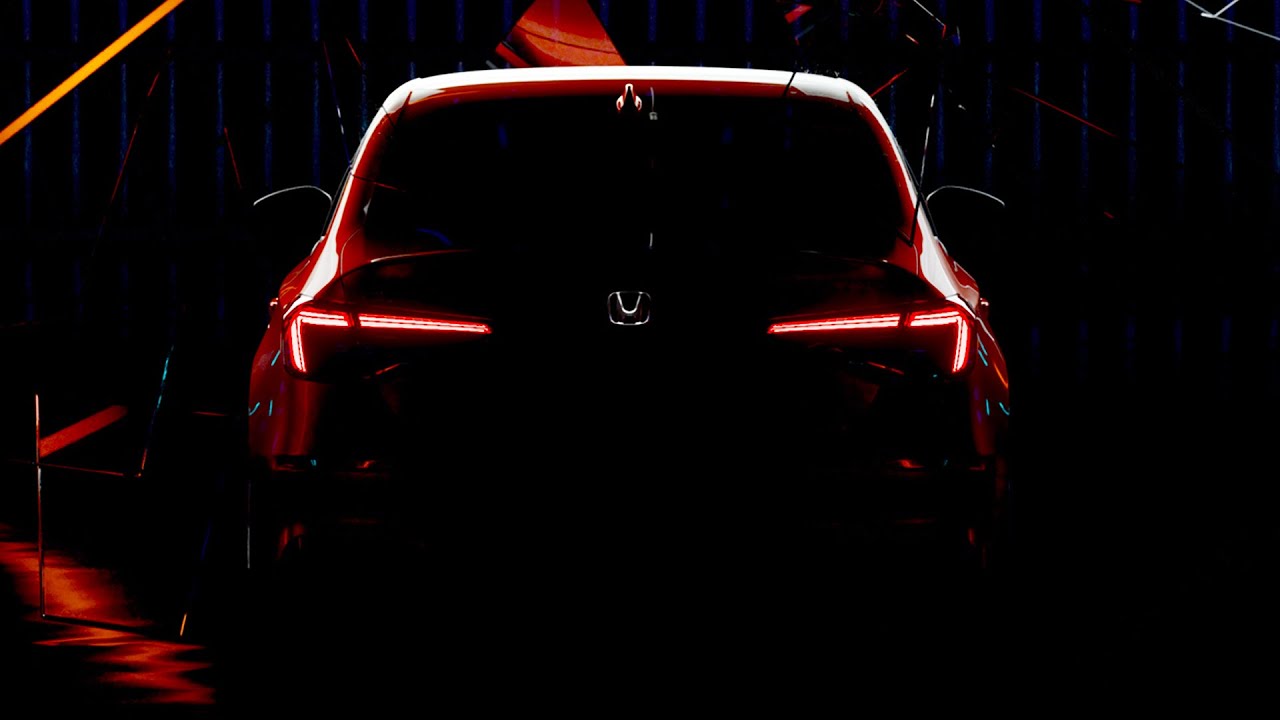 Next-Gen Honda Civic Prototype (2022) Teaser Video. We’re eagerly awaiting the debut of the 2022 Honda Civic in late spring of next year. Until the calendar rolls over from 2020 to 2021, Honda is whetting our appetites with a Civic prototype being fully unveiled next week, making this a tease of a preview of the real car. Lest you think it’s too far removed from the Civic you can buy next year, keep in mind that Honda regularly unveils “concepts” and show cars that are thinly veiled looks at the eventual production model.

In the video, Honda reveals glimpses of the Civic prototype, including its new headlights and redesigned black grille that pairs smartly with black wheels. We get some our biggest hints in the rear of the car, with the video confirming Honda has ditched the current Civic’s exaggerated C-shaped taillights in favor of a sleeker horizontal design. The lighting signature matches that of the headlights up front, and carries whiffs of Acura in them. A sleek trunk lid spoiler and new circular exhaust pipes enhance the look. It probably won’t make it to the production car, but we like the bright side sills featuring Honda Design badging.

Our first clues at the Civic’s new design came not too long ago from photos in a patent filing. The car in those renderings looks quite a bit like the prototype in the video. But now, it really comes to life in glossy orange and black. Overall, expect the Civic’s design to take a more evolutionary than revolutionary trajectory. Small changes really make a difference, though.

Honda will debut the Civic prototype on November 17. Instead of a big event, the car will be revealed during a special edition episode on Honda’s Head2Head Twitch channel. Honda says this is the first live global debut of a vehicle on a Twitch gaming channel. The show starts at 5 p.m. PST, but the car won’t be unveiled until 6:45 p.m.

Based on what we see so far, we have high hopes for the new Civic. Along with a more streamlined design, we expect the 2022 Honda Civic to receive a nicer interior. These tweaks should help keep the spacious, fun-to-drive compact sedan at the top of its game.