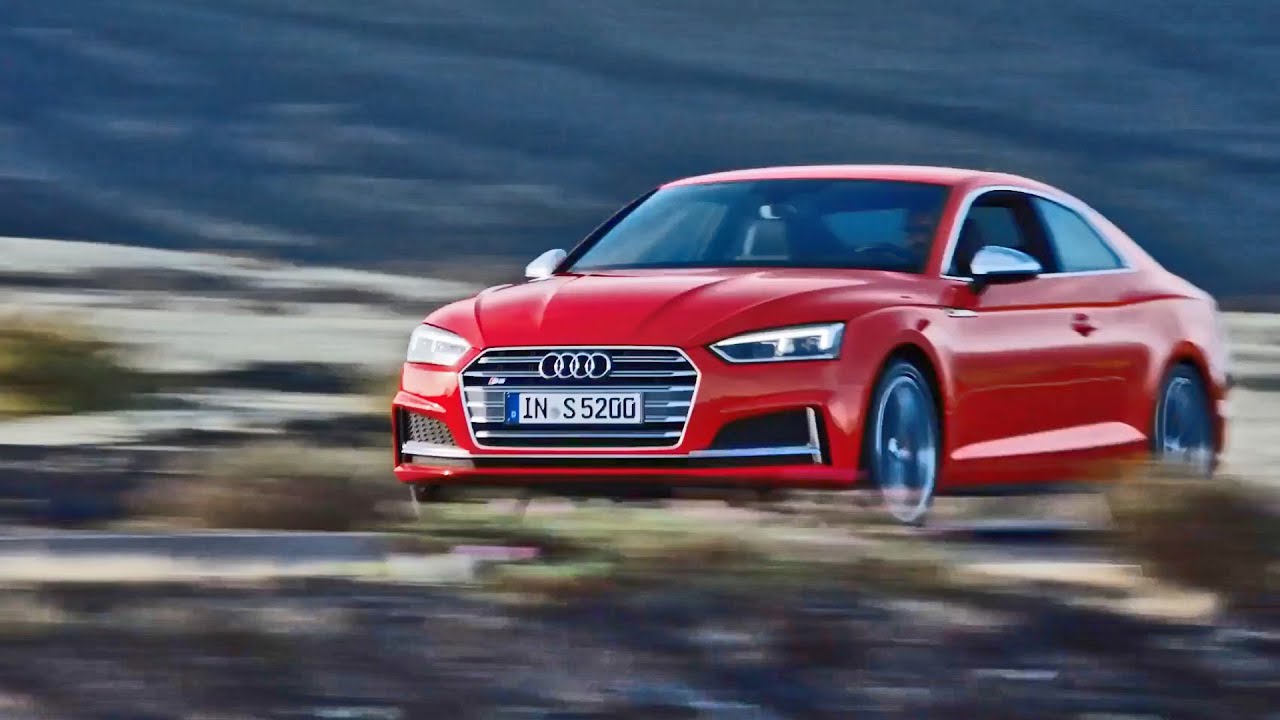 OFFICIAL: 2017 Audi A5 and S5 Coupé. The new Audi A5 Coupé sports a fresh, modern and honed look. It is nevertheless true to its DNA with the sporty and elegant character being passed down to the new version. The best example is the now three-dimensional wave-shaped shoulder line that already characterized the previous model. The precisely sweeping line with pronounced bulges over the wheel arches emphasizes all four wheels – a cue to the quattro all-wheel drive.

The perfectly balanced proportions with a long engine hood, the stretched wheelbase and short overhangs underscore the sportiness of the new A5 Coupé. The sculpted Singleframe grille is significantly flatter and wider than in the previous model. The LED rear lights and optional LED or Matrix LED headlights with dynamic turn signals make high-end technology visible even after dark.

The new Audi A5 Coupé will launch in Germany with five engines: two TFSI and three TDI units. Their power output has increased considerably and is now between 190 horsepower (140 kW) and 286 horsepower (210 kW). Compared with the previous model, they offer up to 17 percent more performance while consuming as much as 22 percent less fuel. All the engines combine high efficiency with sporty power development and smooth running – especially the two 3.0 TDI six-cylinder engines.
With its newly developed 3.0 TFSI, the Audi S5 Coupé is now in a league of its own. The turbo V6 exhibits highly efficient, sports car-like performance. From its 2,995 cc of displacement, the boosted six-cylinder engine produces 354 horsepower (260 kW) of power, which is 21 hp (15 kW) more than the engine in the previous model.
From 0 to 100 km/h (62 mph) in 4.7 seconds.