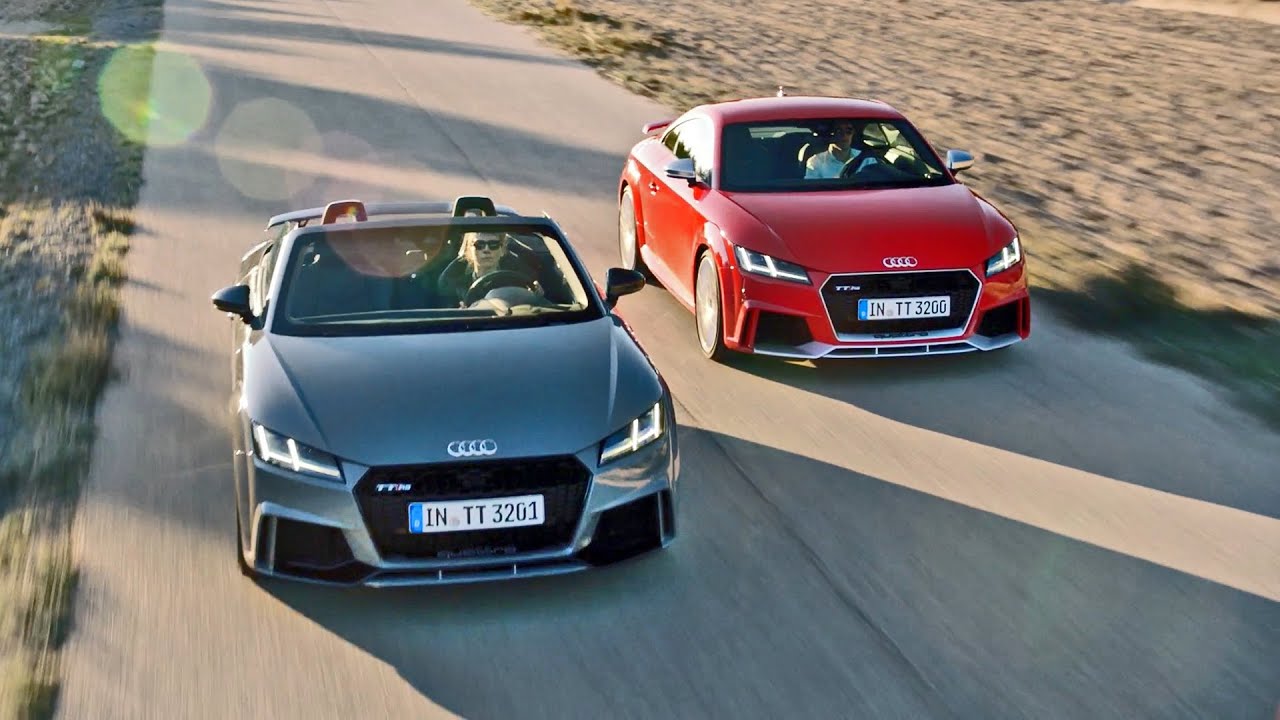 OFFICIAL: 2017 Audi TT RS 400HP – Coupe and Roadster. Audi is sending the most powerful TT ever into the competitive field. Its new five-cylinder aluminum engine delivers 400 hp, which is 60 hp more than the power of the previous model. A full 480 Nm (354.0 lb-ft) of torque is applied to the front and rear wheels, and a traction control system manages its distribution for maximum acceleration with minimal slip. As a result, the Coupé takes 3.7 seconds to sprint from 0 to 100 km/h (62.1 mph), and the Roadster takes 3.9 seconds. No other TT has sprinted this fast. The brilliant torque is accompanied by typical five-cylinder sound – which is music to the ears of horsepower purists. This sound passes through the RS exhaust system and is projected to the surroundings via two large oval tailpipes. Other eye-catching features at the rear are the new OLED lights in 3D design, which are being implemented for the first time in a production Audi.