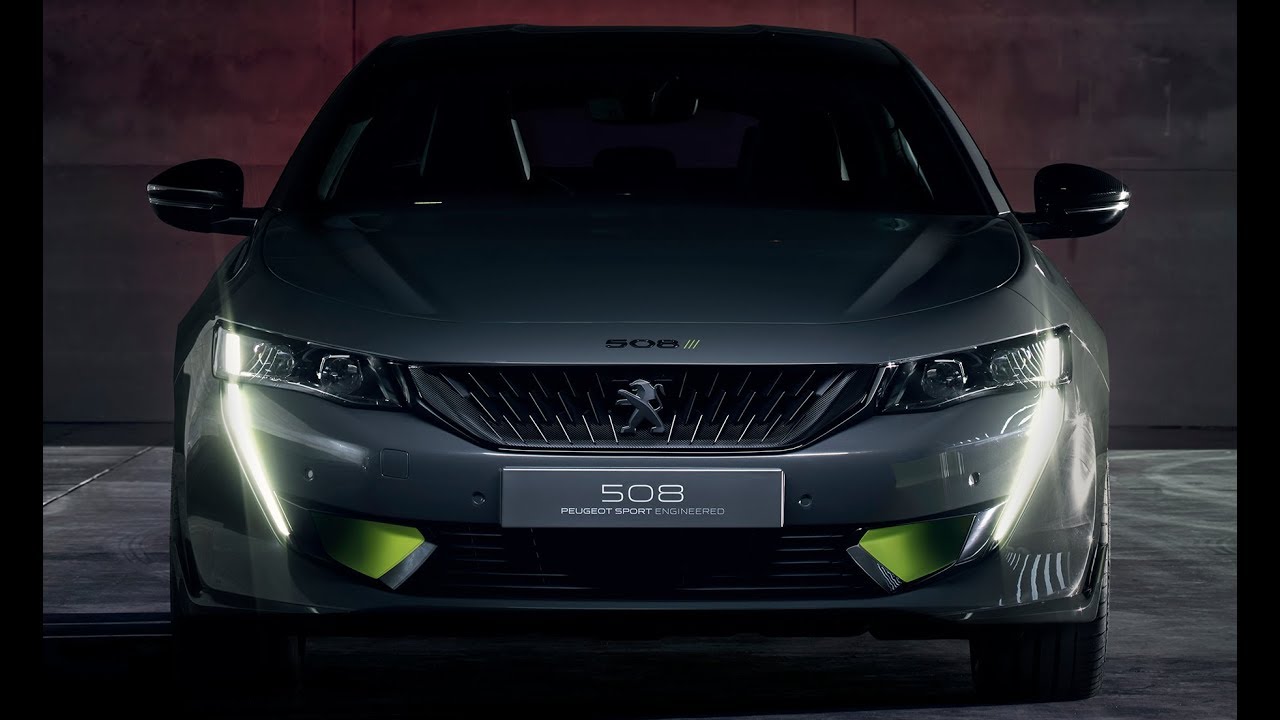 Peugeot 508 Sport Engineered 400 hp,155 mph / High-Performance PHEV. Peugeot Sport has revealed a high-performance version of the 508 Hybrid, ahead of its public debut at the Geneva motor show next month.

Electric power is drawn from an 11.8kWh battery pack, allowing for a zero-emissions driving range of up to 31 miles (50km) on the WLTP test cycle.

As for the design, the 508 Peugeot Sport Engineered concept gets numerous special appointments, including redesigned bumpers incorporating 3D-printed elements, a rear diffuser, winglets on the quarter panels, carbon-fibre side mirrors, special ‘Selenium Grey’ paint, and an anodised finish for the lion badge first seen on the e-Legend concept.

Inside, there’s ‘comfort fit’ seats trimmed in leather and Alcantara with Kryptonite green and Onyx Black top-stitching, extended Alcantara trim on the steering wheel and gear selector, along with the headlining.

The bright Kryptonite colour also adorns the accents for the door handles and dashboard, along with featuring in the interface for the 12.3-inch digital instrument panel and 10.0-inch central touchscreen.

Peugeot says the concept “marks the beginning of an important year”, where it will continue the rollout of its electrification strategy – by 2023, the company plans to electrify its entire range.

“We are creating a “neo-performance”, new energy sources, new features, new territories, new challenges….sheer pleasure for only 49g of CO2/km.”

The company has confirmed it will introduce its first all-electric model later this year, likely to be a variant of the new-generation 208 light hatch.