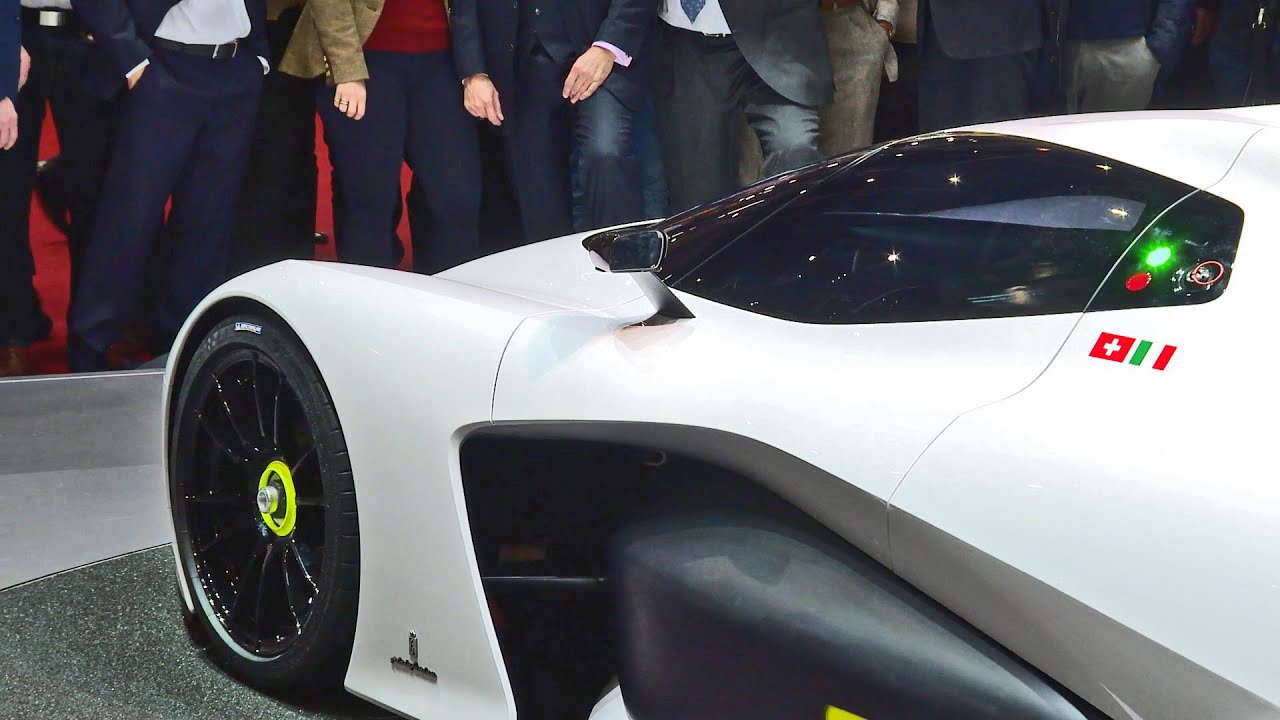 Pininfarina H2 Speed – World Premiere. It’s name is H2 Speed and it is Pininfarina’s innovative vision of a high performance track car based on revolutionary hydrogen fuel cell technology already subjected to severe track testing by GreenGT, a Franco-Swiss company which has been designing, developing and producing clean, sustainable propulsion systems since 2008. H2 Speed will appeal to passionate people who love speed, performance and innovation and, at the same time, are attracted by the exclusivity typical of a Pininfarina-designed vehicle produced in a limited series. Halfway between a racing prototype and a production supercar, the H2 Speed is the world’s first hydrogen, high performance car.

For this new styling and research exercise, it has used the hydrogen fuel cell technology developed by its partner GreenGT. The technology is the substantial outcome of a two-year development and testing programme that has embodied the form of the H2 Speed concept. GreenGT proposes ‘Full Hydrogen Power’ technology, a powerful electric-hydrogen fuel cell drive chain. The result is a zero emissions vehicle able to reach 300 km/h (186 mph) by releasing just water vapor into the atmosphere. With a maximum power of 503 horsepower (370 kW), the engine accelerates from 0 to 100 km/h (0-62 mph) in 3.4 seconds. Also notable is the rapid refueling, unknown to traditional electric cars: a full tank of hydrogen can be done in only 3 minutes. H2 Speed eliminates both air and noise pollution. The compressor gives the vehicle’s engine a very special tone, completely different to that of conventional electric cars. So even the noise made by the car is close to the emotion of silence, sounds and hisses that evokes science fiction.