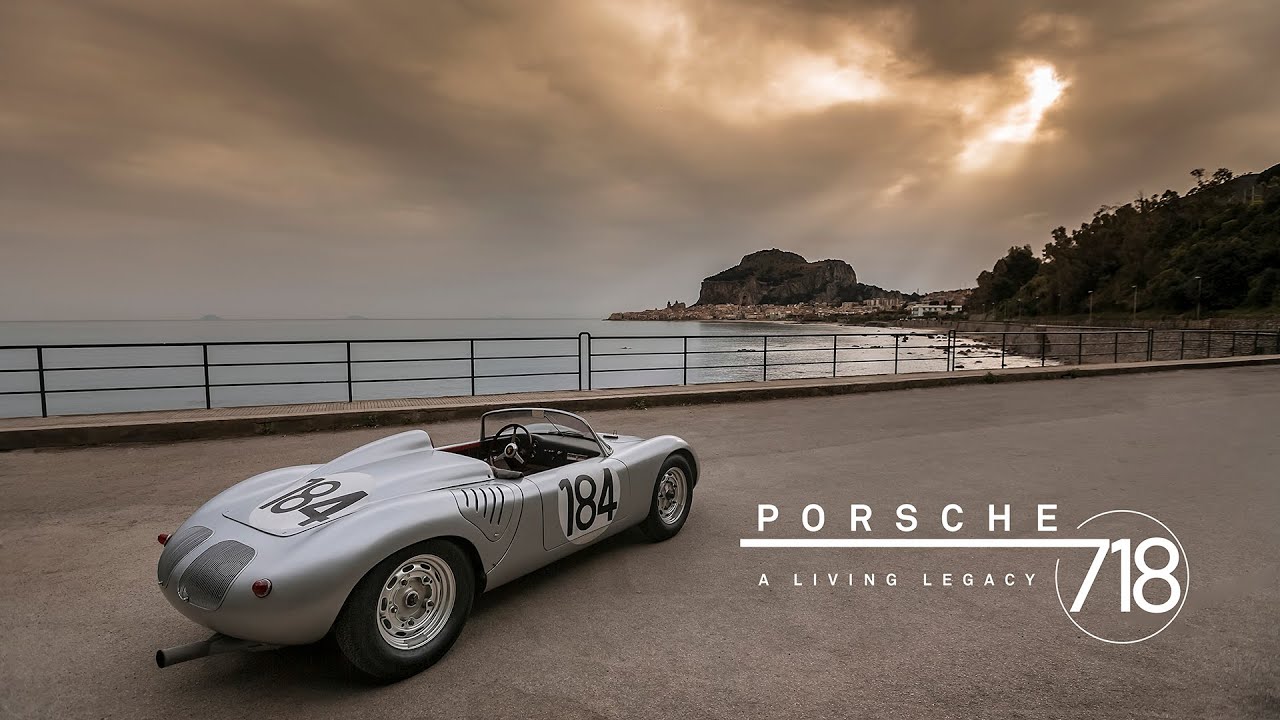 Porsche 718: A Living Legacy. “Once you get it on song, get up to 7,000-plus-revs, it was absolutely amazing,” says racing driver Derek Bell, “…and the fact you could brake so perfectly, flick it into a corner, put the power on…it just wanted the hell driven out of it.”

Former Porsche works driver Derek Bell wasn’t just driving any classic Porsche on any road—he was driving the Targa Florio-winning 718 RS 60 on the actual Targa Florio course in Italy. Noted for its 800+ corners, dozens of hairpin turns, and danger everywhere else, the Targa Florio is still a revered, respected, and cherished event in Sicily, where it was held in period.

“Here I was having this opportunity to step back in history, if you like, before my time with Porsche. When I realize that, and think about what Porsche has meant to me during my life, and what it’s done for me, I realize how lucky I’ve been to go back before my actual period with Porsche and drive a car that created history in 1960, and even before that.”

Even for an accomplished motorsport veteran like Bell, the former racing car and course presented a number of challenges. “It took me some time to get completely confident with what I was doing, because I’ve never gone through so many hairpin bends in my life,” he says.

“I had a very special feeling that I can’t really put into words, but it was almost choking me when I put it into 1st gear and driving it up the road, and that feel—it’s actually the feeling of freedom,” Bell says, “…because I was on my own, on this amazing course, nobody around, and I was driving through corners that the greats had actually gone ’round those corners.”

Bell had to keep telling himself: “You’re not on just a bit of road…you’re on the Targa Florio course.”