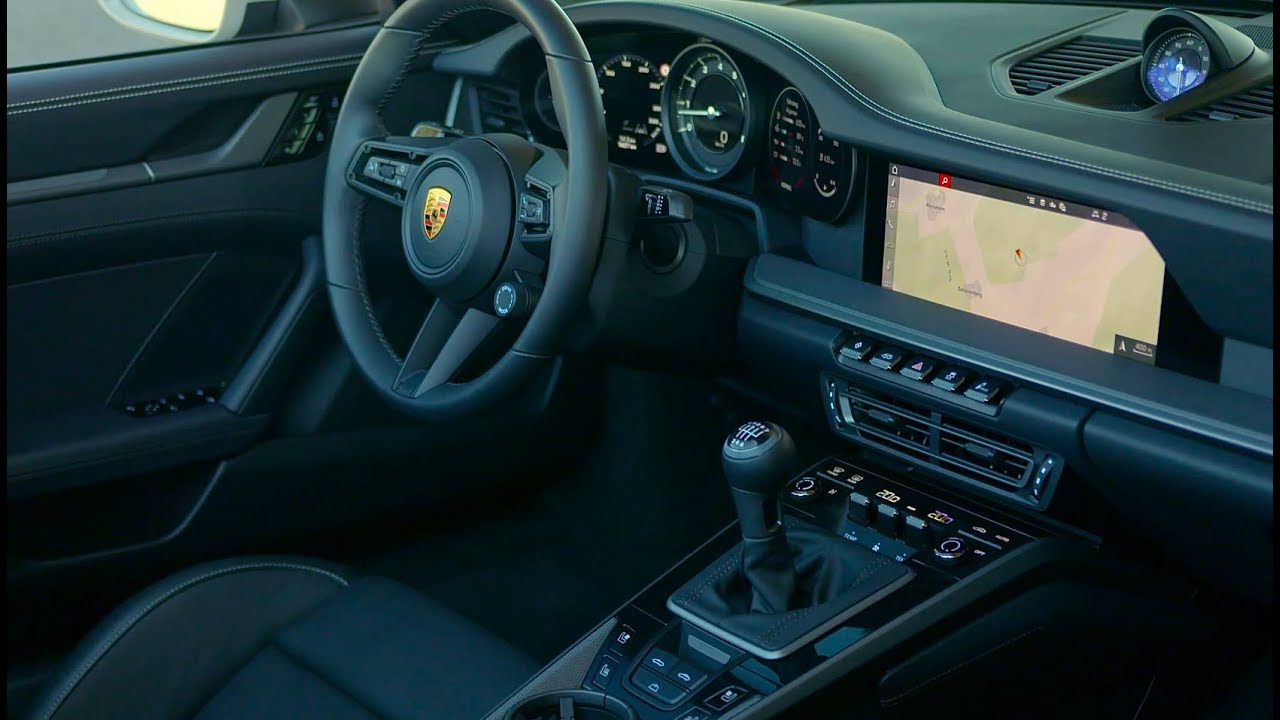 Porsche 911 Carrera S Cabriolet with 7-Speed Manual for Real Drivers. The eight generation of the most iconic two-door German sports car, the Porsche 911 992, was unveiled at the end of 2018 in the form of the Carrera S and 4S as a more muscular-looking and more powerful version of its former self. For about a year or so the car has been exclusively using an eight-speed PDK transmission, but now thrill-seeking customers can opt-out on that.

Porsche announced this week that for the Carrera S and 4S models there is now the option of having a seven-speed manual transmission fitted instead of the PDK at no extra cost. To make sure thrills are thoroughly enjoyed, this option is only available with the Sport Chrono package.

In this configuration, which brings the total weight of the car down by 45 kg, the 911 Carrera S can jump from a standstill to 100 kph (62 mph) in 4.2 seconds, which is significantly slower than PDK version (3.5 seconds). Top speed remains largely the same, namely 308 kph (191 mph). Fuel consumption levels have been measured at 10 liters/100 km (24 mpg) according to NEDC values.

Other than the changes brought by the manual transmission, the 911 retains all the usual hardware of the Sport Chrono package. That includes dynamic engine mounts, PSM Sport mode, mode switch on the steering wheel, a stopwatch and the Porsche Track Precision App.

Engine wise, nothing has changed: power comes from a turbocharged flat-six cylinder that has been tweaked into delivering 450 horsepower.

Separately, as part of the revisions for this year, Porsche also tweaked the tire temperature indicator and, for the first time in the 911 Carrera, deployed the InnoDrive in the list of options for the models with PDK transmission.