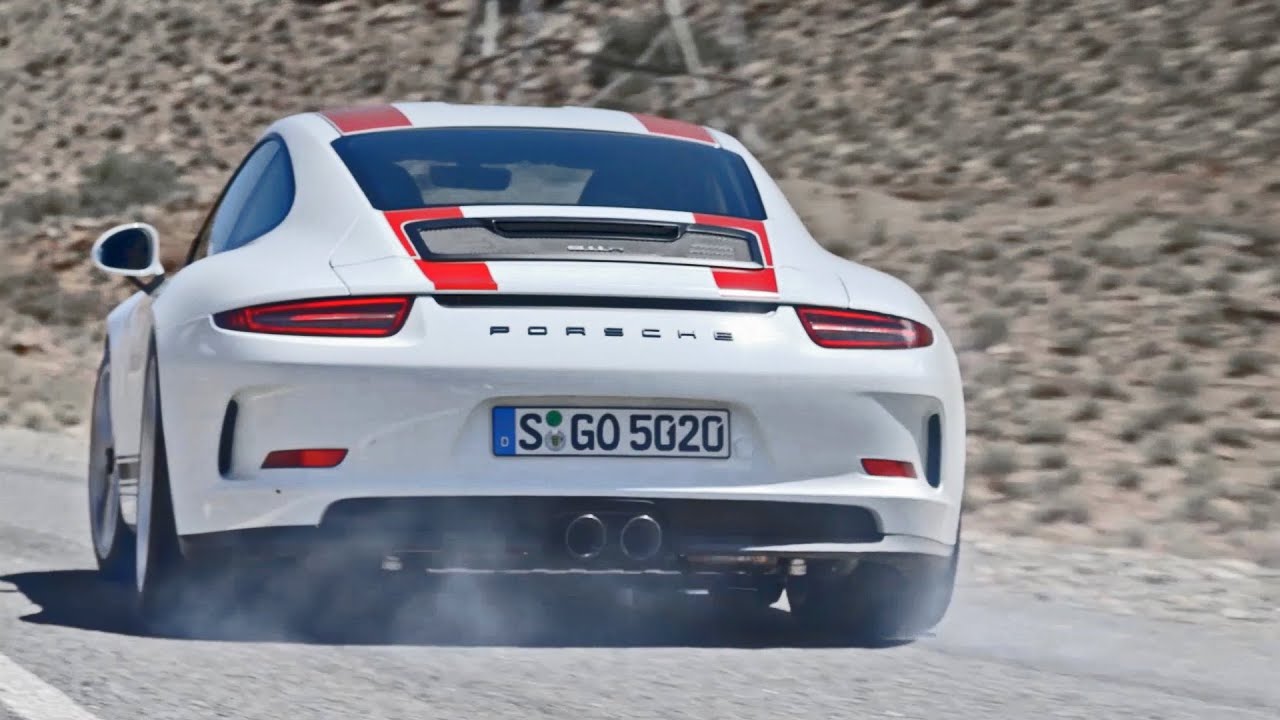 Porsche 911 R (2017) Official Test Drive. Its 500 horsepower (368 kW) 4.0-liter naturally aspirated flat engine and 6-speed sports transmission places the 911 R firmly in the tradition of its historic role model: a road-homologated racing car from 1967. Produced as part of a limited production series, the 911 R (R for Racing) performed in rallies, in the Targa Florio and in world record runs. Like its legendary predecessor, the new 911 R relies on systematic lightweight construction, maximum performance and an unfiltered driving experience: this special limited-edition model of 991 units has an overall weight of 1,370 kilograms and is currently the lightest version of the 911. With the high-revving six-cylinder naturally aspirated engine and manual sports transmission, Porsche is once again displaying its commitment to especially emotional high-performance sports cars. Developed in the motorsport workshop, the 911 R extends the spectrum of high-performance naturally aspirated engines alongside the motor racing models 911 GT3 and 911 GT3 RS.

At work in the rear of the 911 R is the six-cylinder flat engine with a displacement of four litres, familiar from the 911 GT3 RS. The racing engine delivers 500 hp at 8,250 rpm and generates 460 Nm at a speed of 6,250 rpm. From a standing start, the rear-engined car breaks through the 100 km/h barrier in 3.8 seconds. In keeping with the puristic character of the vehicle, the 911 with its lightweight design is available exclusively with a six-speed sports transmission. Short gearshift travel underlines the active driving experience. The forward thrust of the 911 R continues to a speed of 323 km/h. Combined fuel consumption in the NEDC is 13.3 l/100 km.

Orders for the 911 R can be placed as of now. In Germany it will be in the showrooms as of May. Inclusive of value added tax and country-specific features, it costs 189,544 euros.