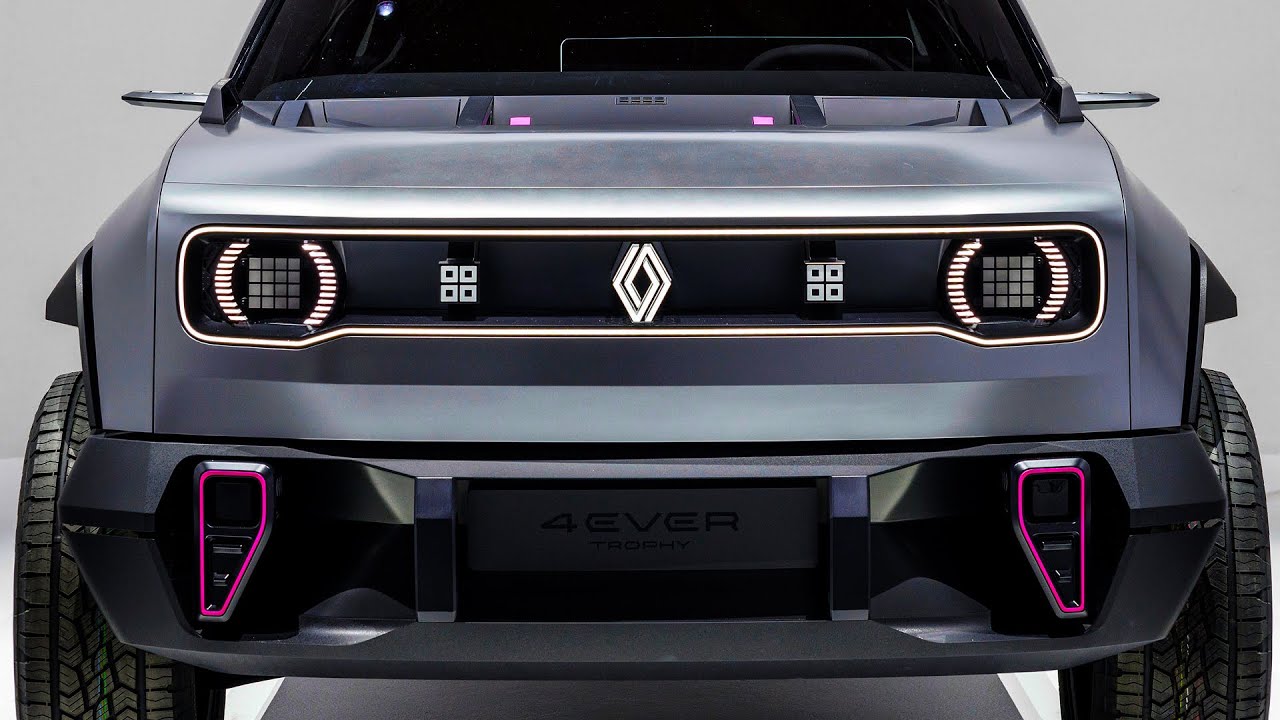 Renault 4EVER Trophy Concept – Rugged, Off-roader Electric SUV / 2025 Renault 4. For those who don’t know, the Renault 4 is one of the French carmaker’s most iconic models, having found more than 8 million new owners across 100 borders. The reason for its success was simple, it was small, rugged and practical, so you could drive it on both short and long journeys, while also carrying whatever it was you needed with you.

Even though it went out of production 30 years ago, it didn’t do so quietly, choosing instead to continue proving its worth in the 4L Trophy humanitarian rally.

Today, Renault has arrived at the 2022 Paris Motor Show with a modern-day iteration of the classic 4, dubbed the 4EVER Trophy. It is a fully electric concept that previews a future B segment crossover. It’s also the brand’s second iconic model to get an “electric reboot” after the Renault 5.

Let’s start off with its looks, where highlights include the prominent hood, bumper and angled rear section (like its predecessor’s), trapezoidal side windows with rounded corners, muscular wheel arches, 19-inch wheels and a subtle horizontal grille with round Matrix LED headlights. By the way, each wheel features a visible compressor that can be adjusted on-demand from inside the car.

You can probably tell how good this thing would be off-road, especially with such a short front overhang, adding to its already excellent ground clearance (20 cm / 7.87 inches). The show car also boasts a spare tire on its carbon fiber roof, plus a shovel and waffle boards on the upper section of the rear hatch – let’s keep in mind that when it comes to concepts, car designers aren’t too concerned about rear visibility, where in this case, there would be none.

Like the Renault 5, the eventual production model to be spawned from the 4EVER Trophy concept will ride on the company’s new CMF-BEV platform for B segment electric vehicles. These future Renault 5 and 4 models will be positioned similarly to the Clio and Captur in terms of where they fit in the market.

“The 4L is a legend. And legends never die! Today, it is this universal dimension of the 4L, a car that everyone can love, that we want to find through a modern and electric reinterpretation of the Renault 4,” said Renault CEO, Luca de Meo.