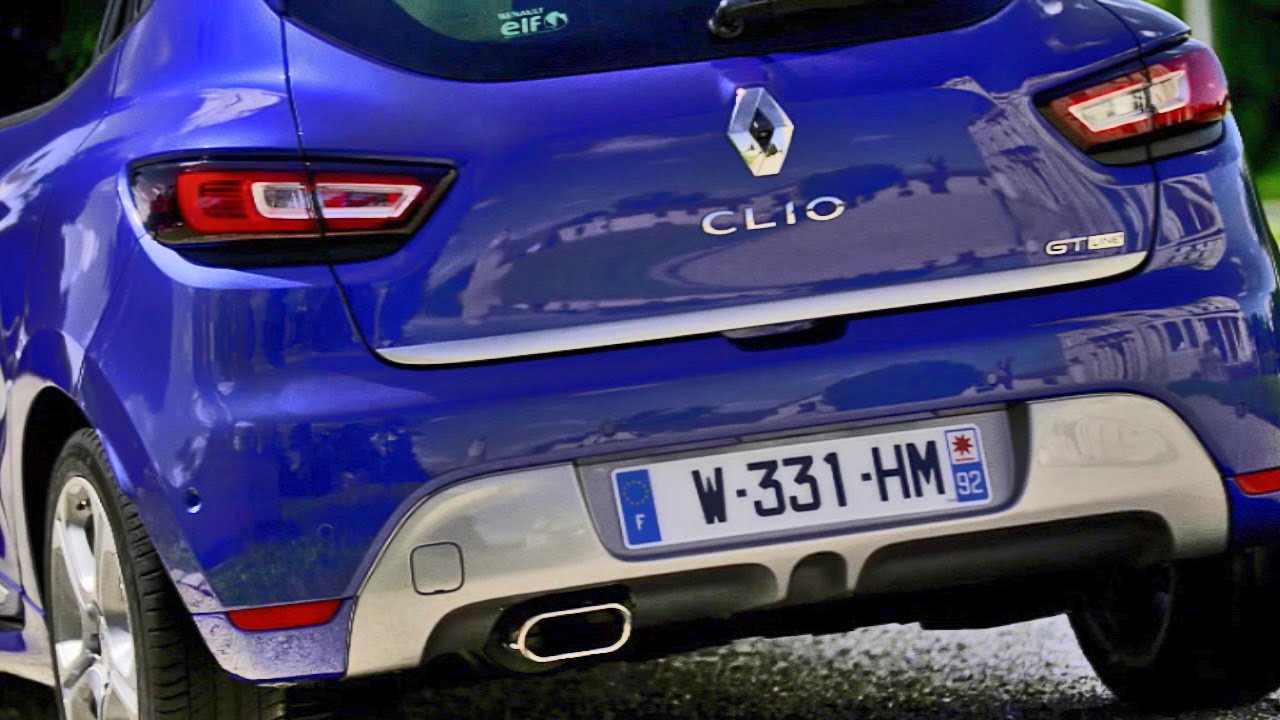 Renault Clio GT Line (2017) Interior & Exterior walkaround. New Renault Clio stands apart from the competition thanks to its full-LED front lighting signature (depending on version) in-line with that of Renault’s other recent models.

At the front, full LED “Pure Vision” headlights fulfil the dual function of dipped and main beam. This technology enhances the vehicle’s appearance as well as safety by emitting a light that is 20 percent more powerful than a halogen beam whilst at the same time reducing glare. On higher-end versions, New Clio’s headlamps additionally incorporate C-shaped LED Daytime Running Lights (DRL), emblematic of the brand’s new lighting signature. The permanent rear LED lights mirror this look by similarly adopting a C-shaped design (depending on version, hatchback body type only). In its entry-level and mid-range versions, New Clio benefits from LED Daytime Running Lights and a chrome trim along the bottom of the grille.

At the front, the top grille that houses the logo has been redesigned, as has the lower grille which is now visibly broader and more modern. At the rear, the skirt has been redesigned for additional robustness. Meanwhile, four new colours have been added to the existing selection (Intense Red, Titanium Grey, Pearly White and Iron Blue), along with new wheel and wheel trim designs.

The New Clio benefits from the introduction of materials more usually employed by Renault’s top-of-the-range models. The texture of its plastics is of a higher visual and tactile quality, its chrome is subtler, with less gleam, and the colours inside the cabin are more refined. In short, the New Clio is an altogether more grown-up proposition, with its seductive style on the outside perfectly complemented by the sophistication within.

The steering wheel has been redesigned, with the discarding of some of its plastic components giving it a more upmarket feel in keeping with the rest of New Clio’s cabin. In higher-end versions, it is trimmed with full-grain leather. The gear lever, as well as the door panels, have been redesigned for a greater impression of quality. Now in a single housing, the armrests are more aesthetically pleasing thanks to a new grained finish. They also incorporate new controls. The central air vents sport a new look, too. The LED interior lighting produces a pleasant glow. The seat fabrics are of a higher quality across the board and, in higher grades, the design of the seats is more enveloping for superior lateral support.

Thanks to its new customisation programme, New Clio can be purchased in more than 30 different colour combinations.

By adding to that list the petrol engines found in the Renault Sport variants, New Clio offers no fewer than 11 different powertrains, making its engine/transmission line-up one of the most extensive on the market to meet the requirements of all of its buyers, be they private motorists or business customers.