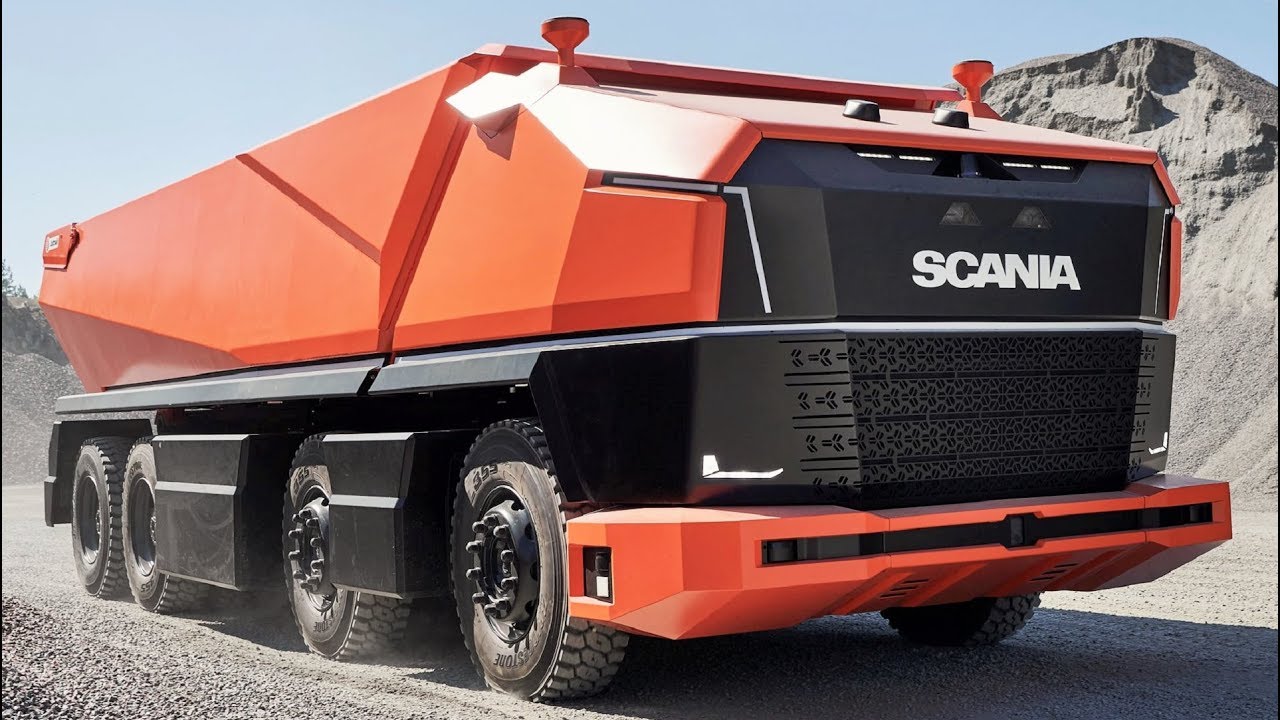 In what is another milestone in the development of heavy self-driving vehicles, a group of Scania experts in different fields have teamed up and developed a concept truck, which, even without the cab, has the company’s modular system at the heart of the design.

As different industries look to streamline transport assignments and make them more sustainable, self-driving vehicles are increasingly being considered. Mines and large closed construction sites are examples of environments that are favourable for self-driving pilots since they are well-controlled locations.

For autonomous vehicles, software is in many ways more important than hardware. Scania AXL is steered and monitored by an intelligent control environment. In mines, for example, the autonomous operations are facilitated by a logistics system that tells the vehicle how it should perform.

The combustion engine that powers the concept vehicle is an example of how traditional and new technology is mixed. It is advantageously powered by renewable biofuel.

The robust and powerful features and design behind Scania AXL match the tougher environments in mines and large construction sites. A new intelligent front module replaces the traditional cab, but even without a cab the concept is easily recognisable as a Scania.

Autonomous vehicles have often relied on data from cameras and radar. Radar sensors are reliable, but the resolution is insufficient to identify the likes of pedestrians and small objects at a distance. The camera offers a sufficient level of detail and a good overview in two dimensions but requires massive software to convert 2D images of the surrounding environment to 3D. Generally, for autonomous vehicles, software is more important than hardware.

For safe autonomous driving, an additional sensor is therefore needed. It’s called lidar, which stands for light detection and ranging. “We need there to be overlap between the sensors, so that one can be a backup to take over from the other if needs be,” says Fredrich Claezon, System Architect for Autonomous Vehicles. “What happens if the camera and radar suggest conflicting information? Which of these sensors should we trust? With lidar, we can obtain a better basis for decisions.”

The human eye is not easily replaced but a relatively good overview of surroundings can be obtained through sensors. “In this case, we see what we need to see,” Granström explains. “Driving in a mine is fairly simple and predictable. If you’re driving in a more dynamic and less predictable environment, more work is needed.”

It’s been difficult to decide just how complex the system should be. This involves balancing an opportunity to develop a more general system for many applications with ensuring there is a robust and reliable system for the mining industry. “Scania AXL would most probably not be fit for city driving but considering the envisioned environment and planned assignments, it’s sufficiently smart,” says Granström.