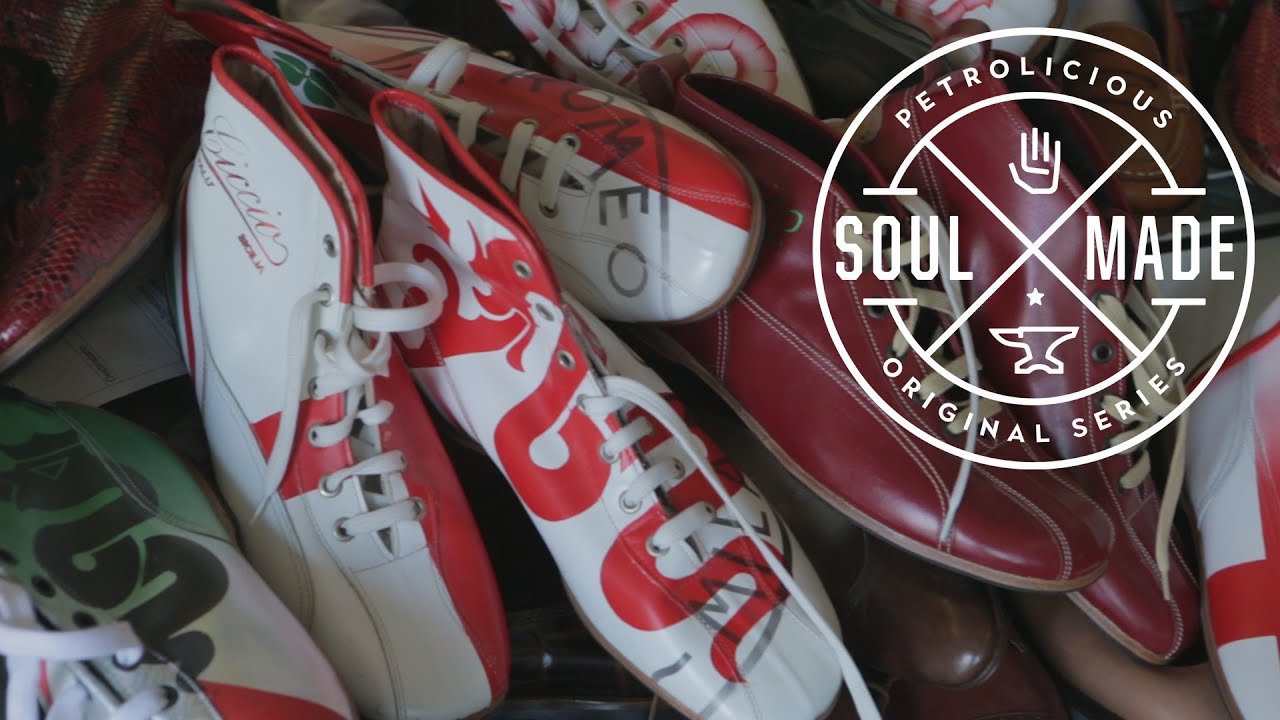 Soul Made: Ciccio Racing Shoes. Francesco “Ciccio” Liberto, humbly describes himself as a “happy shoemaker,” a career he’s had since he was a teenager. What started out as a small workshop for handmade shoes and repairs eventually led—thanks to providence and skill—to Ciccio’s handiwork taking on an iconic status in the world of racing.

After his father died when Ciccio was young, his family had to live economically, and as a teenager, continuing his schoolwork was an unaffordable luxury. Not dissuaded, he went into the business of a cobbler, creating tailor-made footwear for his Sicilians customers. Ciccio opened his shop when he was just 16 years old, mainly servicing the demand for orthopedic shoes.

Ciccio’s town of Cefalù is close to where the Targa Florio took place, and like most young men his age, Ciccio was not uninterested in motorsports. During one Targa Florio in the mid 1960s, Ciccio found himself in a nearby hotel restaurant with three of Alfa Romeo’s factory drivers. When the conversation came to what each other’s careers were like, one of the drivers—Ignazio Giunti—asked Ciccio if he could make a pair of shoes specifically for driving.

The first pairs created to fill that mandate connected the sole with glue which would melt in the heat of the pedal box, but after fixing this mistake Ciccio found his customer base including more and more racing drivers. With their feedback and his talents as a cobbler, Ciccio supplied many a Targa Florio hopeful with a pair of shoes, and his designs also attracted the attention of Ferrari.

In 1975 Ciccio received a call from the marque’s motorsport manager, requesting shoes for the team’s Formula 1 drivers, Carlos Reutemann and Niki Lauda. Two years later, Lauda won the world championship wearing a pair of Ciccio shoes. The sport has changed since then, but Ciccio remains a staple of in-the-know motorsport culture, a singular character with one of those stories that just doesn’t seem likely to happen these days.