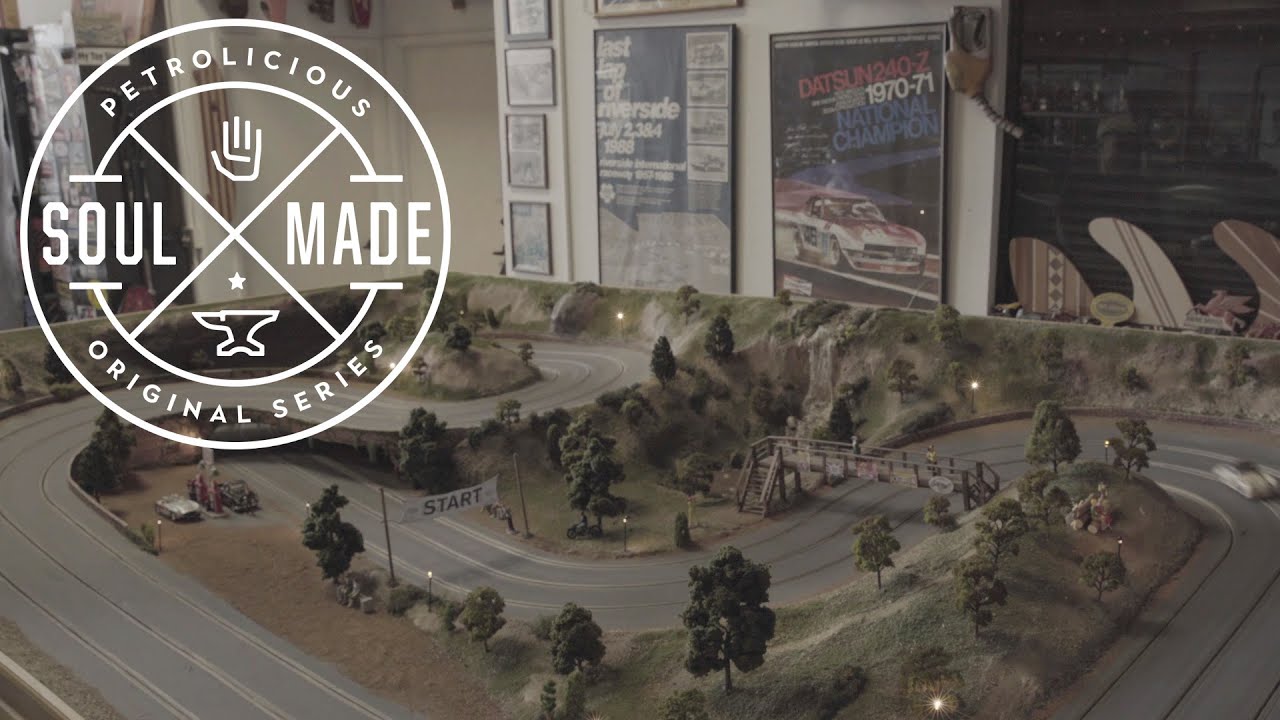 Soul Made: Jarel-Built Slot Car Tracks. Racing is one of the most expensive and exclusive sports, but there are ways of democratizing the experience with a little bit of imagination and some space in the basement for a slot car track.

In this episode of Soul Made, we sit down with Mark Jarel as he explains how (and more importantly, why) he became a custom slot car track builder. A longtime motorsport enthusiast, as well as a frequent participant—racing cars and motorcycles on circuits, lake beds, and drag strips—Mark was also introduced to woodworking and a general DIY attitude from a young age thanks to his father’s cabinetry business. The requisite skills and subject matter interest was there, but it wasn’t until Mark’s own son found a box of old slot cars that Mark started down the track building path.

Growing up, Mark and his older brother would use a snap-together set to race around the Christmas tree, but the tracks that Mark builds today are much more than a set of pine needle covered plastic curves plugged into an outlet. Rather than slot car racing, Mark thinks of the hobby as scale racing, and the worlds he builds reflects this ideology.

The handmade, routed tracks that Mark creates are more like functional miniatures than pure plaything, with great care taken to construct realistic scenery, borrowing elements from the world’s great motorsport locations and combining them into unique but familiar scenes. What starts out as a few planks of particle board and a sketchpad leads to something much greater than the sum of its materials.