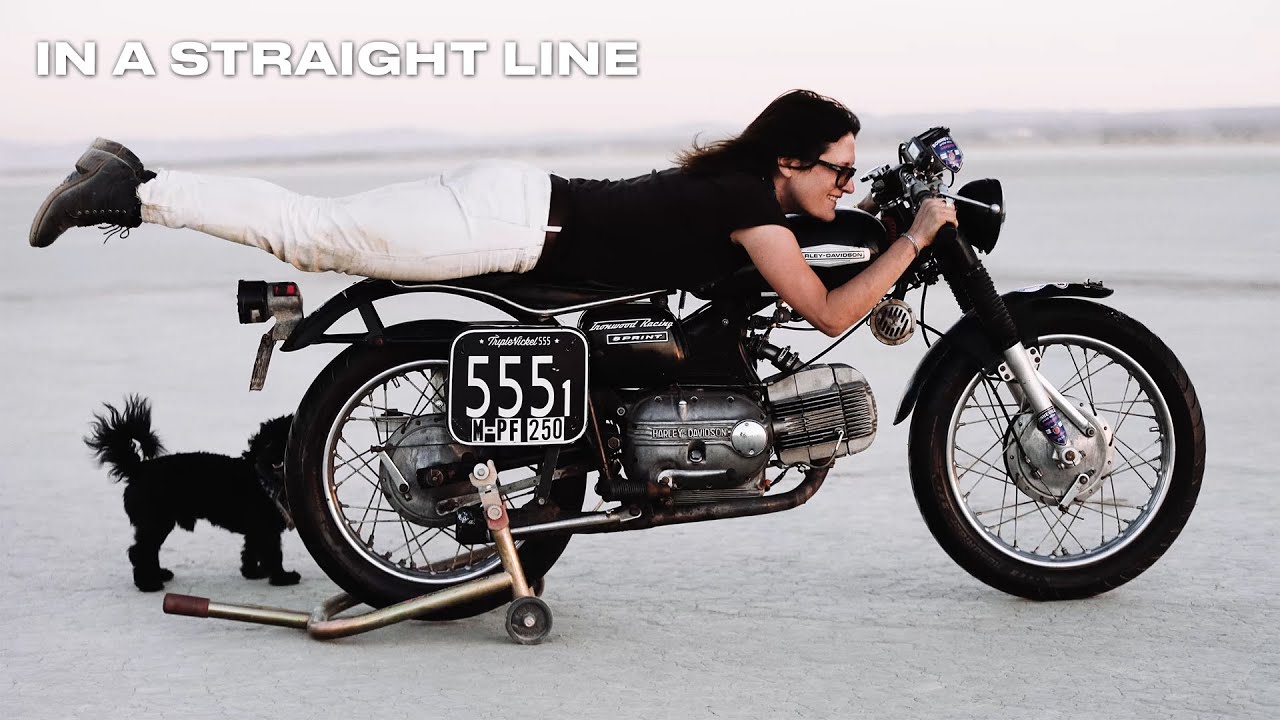 Stacie B. London: In A Straight Line. When it comes to riding motorcycles, Stacie London isn’t the type to shy away from a challenge. Her goals see her chasing and breaking speed records, but while it takes a lot of determination and focus to do so, there’s no tunnel vision in this story. For Stacie, being involved in the whole process is essential to why she rides at all.

In this week’s film, we dive into that process, to all the months of preparation that manifest in more than just long hours spent in the shop, from setting up and tuning her vintage single-cylinder Harley-Davidson, to the less tangible, more philosophical elements that culminate in the act itself: getting out onto the salt flats and going as fast as possible.

Stacie’s mentor and helping hand throughout many of her years of land speed riding, Ralph Hudson, has been a source of inspiration and wisdom for her record attempts, and although he tragically passed away this year doing what he loved (Hudson, one of the most known and loved figures in the community, broke the land speed record for “sit-on” motorcycles at the age of 67 on his turbocharged Suzuki in 2017), the guidance he shared is as important as ever, and the memories eternally cherished.

Stacie continues to set new records, and subsequently new goals, because sometimes the end game is not to finally reach the proverbial carrot, but to keep going after it, faster and faster.