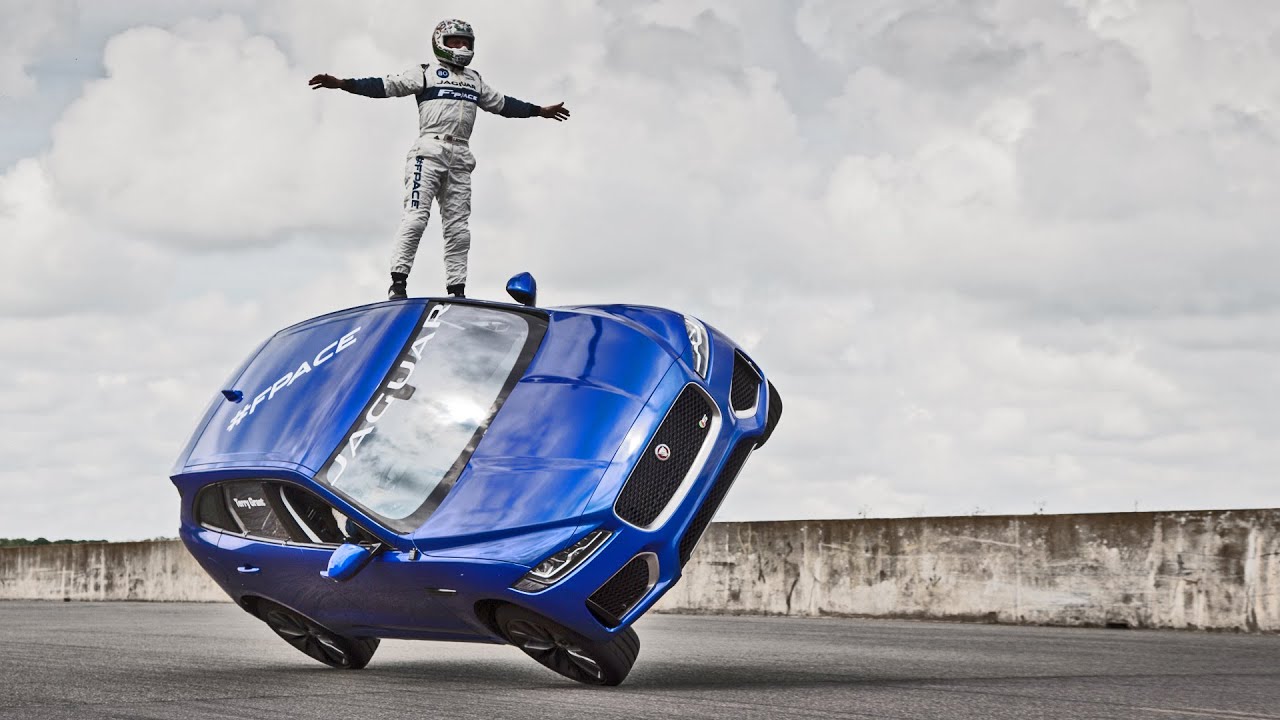 STUNTS: Two-Wheeled with the Jaguar F-Pace. The Jaguar F-Pace has put on another dramatic display of dynamic precision and control. After setting the Guinness World Record for the world’s biggest loop-the-loop at its launch last year, the very same record-breaking F-Pace and stunt driver Terry Grant have teamed up again for a thrilling drive at the Goodwood Festival of Speed.

This time Grant piloted Jaguar’s first family sports car up the famous Goodwood hill on two wheels. As if that was not enough, professional freestyle motorbike stunt rider Lee Bowers was on board to add even more jeopardy to proceedings.

Bowers is no stranger to two wheels and swapped his saddle for the luxurious leather interior of Jaguar’s first performance crossover. As the F-Pace two-wheeled up the demanding course, Bowers climbed out of the passenger window to stand on the side of the Jaguar and salute the crowd, before climbing back inside ahead of the finishing line.