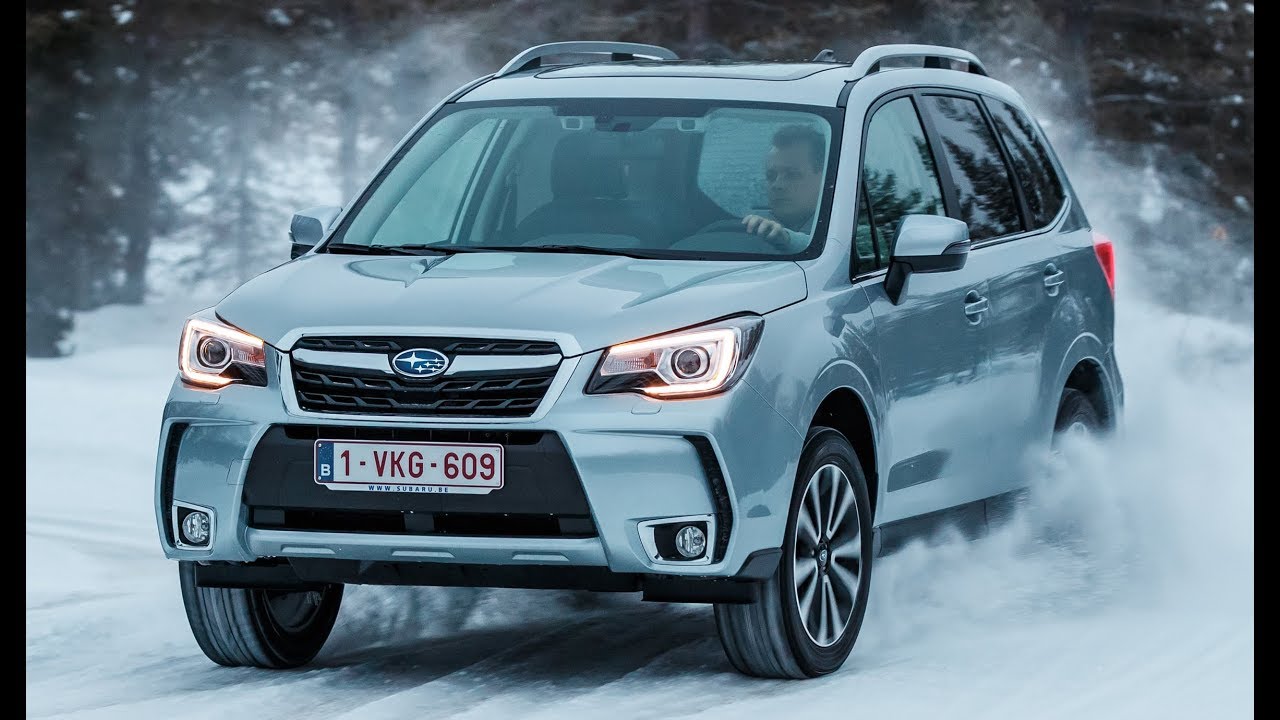 Subaru Forester – Test Drive on Snow. The Forester has been a big seller for Subaru, accounting for 27 percent of its U.S. sales. Here’s why: This Japan-built SUV artfully blends good interior capacity with a reasonably small overall size, which makes it a super-handy vehicle around town. And if you live in areas with harsh weather, or you occasionally like to explore areas with dirt roads, the Forester also shines, thanks to its 8.7 inches of ground clearance, rugged construction and full-time all-wheel drive. For 2019, the Subaru has completely revamped the Forester, keeping its spirit intact while replacing its chassis with the company’s strong new global platform already put to good use in the popular Crosstrek. Equally significant, some clever packaging moves have made the new 2019 Subaru Forester more spacious inside while still maintaining the vehicle’s compact overall footprint.

Interior
Even though the 2019 Forester is narrower than competitors such as the Honda CR-V, Nissan Rogue and Toyota RAV4, Subaru has widened the front seating area by 1.2 inches, which enabled the manufacturer to move the front seats nearly an inch farther apart, making the area feel far roomier. Improved materials and a new wraparound dash highlight the 5-seat interior, and the infotainment touch screen (either a 6.5-incher or the preferable 8.0-inch unit) is right where you’d expect it to be — within easy reach atop the center stack. And thanks to the added wheelbase, the new Forester has significantly better rear-seat legroom. A 6-foot-tall passenger now fits very comfortably behind a 6-foot-tall driver. Impressive.

Exterior
Subaru clearly didn’t want to mess with success, so the all-new 2019 Forester doesn’t stray too far visually. And while this new Forester looks much like the previous one, the pleasant update is just enough to let us know that significant improvements have been made beneath the skin. Front, side and rear underguards are standard, as is lower body cladding to protect against mud and rocks. Also, roof rails are standard on all but the base model. The new Sport model is distinguished by its gloss-black exterior trim and orange accents on the black underguards and roof-rail mounts, plus orange interior stitching and other accents.

Under the Hood
One engine is available in the new Forester, a 2.5-liter flat-4 that produces 182 horsepower at 5,800 rpm and 176 lb-ft of torque at 4,400 rpm (versus last year’s 170 horsepower at 5,800 rpm and 174 lb-ft of torque at 4,100 rpm). Subaru says 90 percent of its parts are new, and this includes a stronger block and a new direct-injection system. This boxer powerplant mounts to one transmission: a CVT built and developed by Subaru. In Sport and Touring Foresters, the CVT features a manual mode that simulates a 7-speed automatic transmission via shift paddles. On all 2019 Foresters, however, there’s a new SI-Drive system allowing the driver to select between smooth (Intelligent) or crisp (Sport) powertrain performance. EPA fuel economy figures for the 2019 Subaru Forester are 26-mpg city/33-mpg highway/29-mpg combined.

Pricing Notes
The base model carries a Manufacturer’s Suggested Retail Price (MSRP) of just over $25,000, which includes a destination charge of $975. Next up is the Forester Premium, which gets you X-Mode all-wheel drive, alloy wheels, roof rails, privacy glass and a panoramic sunroof, for about $28,000. The new Forester Sport, with push-button ignition, paddle shifters, LED fog lights, black-out trim, rear USB ports and Dual X-Mode, will set you back about $30,000, while the Limited — fitted with interior leather, an 8-inch audio screen, a power liftgate, voice-activated dual-zone climate control and a Harman Kardon premium sound system with nine speakers — is closer to $32,000. The top Forester model is the Touring; for just over $35,000, you get power (and heated) front seats, interior leather, navigation, one-touch folding rear seatbacks and exclusive 18-inch alloy wheels.