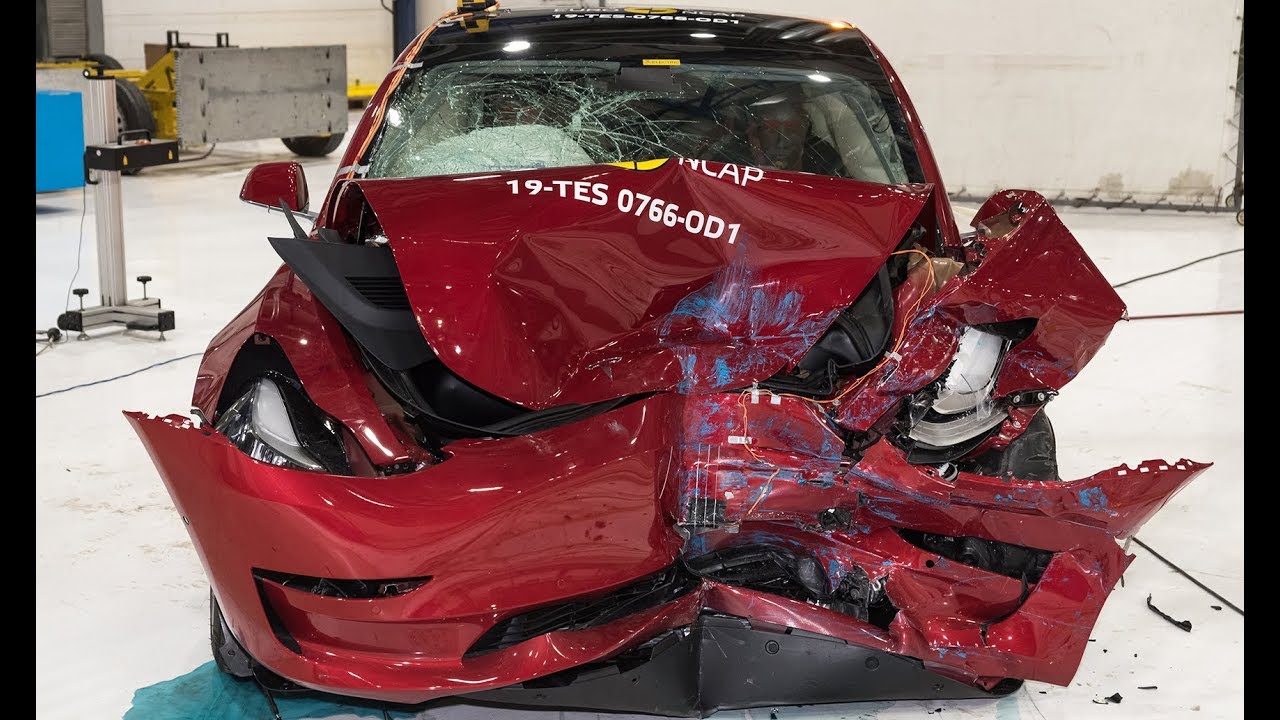 Tesla Model 3 – Perfect Crash Test Rating. The Tesla Model 3 proved a mighty fine car to crash in Euro NCAP testing, according to scores released on Wednesday. It achieved a 96% in the Adult Occupant Protection category, which tests crash safety for both driver and passenger. It involves a battery of tests where the vehicle collides with both deformable and rigid barriers, in addition to a side crash test with a pole and a test specifically designed to mimic whiplash.

The Model 3 received an 86% in Child Occupant Protection. Yet another obviously named category, this one has three tests that not only gauge protection against impacts, but it evaluates how easy it is to hook up a child seat.

Its lowest score came in Vulnerable Road Users, where the vehicle collides with a dummy. It gauges how much damage is done to the dummy’s head, upper leg, lower leg and pelvis. There are also two automatic braking tests in this segment that sees how well a car’s AEB fares against pedestrians and cyclists.

Of the latest swarm of cars tested, the Tesla beat them all in the final category, Safety Assist. These tests are evaluations of various safety systems, such as stability control, speed assistance, car-to-car automatic braking, seatbelt reminders and lane-keep support.

“The Tesla Model 3 achieved one of the highest Safety Assist scores we have seen to date,” said Matthew Avery, director of research at Thatcham Research, which runs the only UK-certified Euro NCAP crash-test center. “Its Collision Avoidance Assist system is first class, with its Autonomous Emergency Braking and Forward Collision Warning systems showing high levels of performance … Tesla has made a virtue of safety in its marketing and it is great to see a car now living up to that promise.”