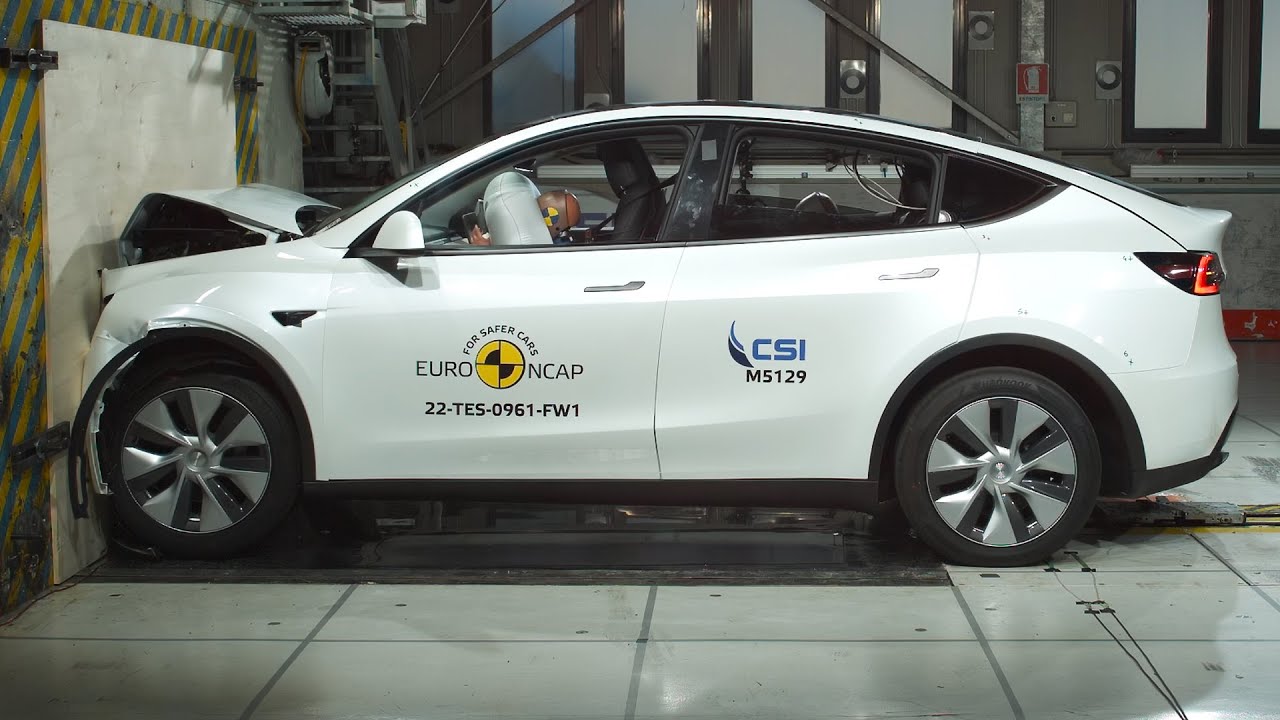 Tesla Model Y – Strong Performance in Euro NCAP safety rating. In the latest round of Euro NCAP crash tests, the Tesla Model Y became the highest-scoring car the safety watchdog have ever crash-tested. The models tested by Euro NCAP were the dual-motor Long Range and Performance variants, with the cars being produced at Tesla’s Gigafactory in Berlin, Germany. The Model Y secured a full five stars in the tests, and as per the results, this rating is valid for both the left-hand drive (LHD) and right-hand Drive (RHD) models.

The Tesla Model Y had an impressive showing in both the Adult Occupant Protection category — where it registered a 97 per cent score, securing an impressive 36.9 out of a possible 38 points (losing out mainly in the frontal impact test), as well as in the Safety Assist category, where it got an almost perfect score of 15.7 points out of 16 (98 per cent), losing 0.3 points only in the car-to-car autonomous emergency braking criteria.

In the Child Occupant Protection category, the Model Y received a score of 43 points out of a possible 49 points (87 per cent), with the electric SUV losing all its points in the safety features portion, as it lacked a child restraint system on the front passenger seat and middle seat of the second row. It performed similarly in the Vulnerable Road Users category, getting an 82 per cent rating (scoring 44.8 out of 54 points), with the main area for point loss being pedestrian head impact protection.

Euro NCAP’s Secretary General, Michiel van Ratingen, had this to says, “Congratulations to Tesla for a truly outstanding, record-breaking Model Y rating. Tesla have shown that nothing but the best is good enough for them, and we hope to see them continue to aspire to that goal in the future.” Tesla’s much-awaited India entry appears to have been indefinitely deferred, with the brand unable to convince the Indian government to lower duties on imported electric vehicles (EV). Earlier this year, Tesla put its plans to launch its four-strong model range in India on hold and reassigned some members of its India team to other departments within the company following a year-long attempt to coax authorities into granting relief in import duty rates for EVs Tesla intended to ship from its plants in the US and China.
———
Hope you enjoy this video and leave your comment bellow. To stay up to date with alot of new Videos