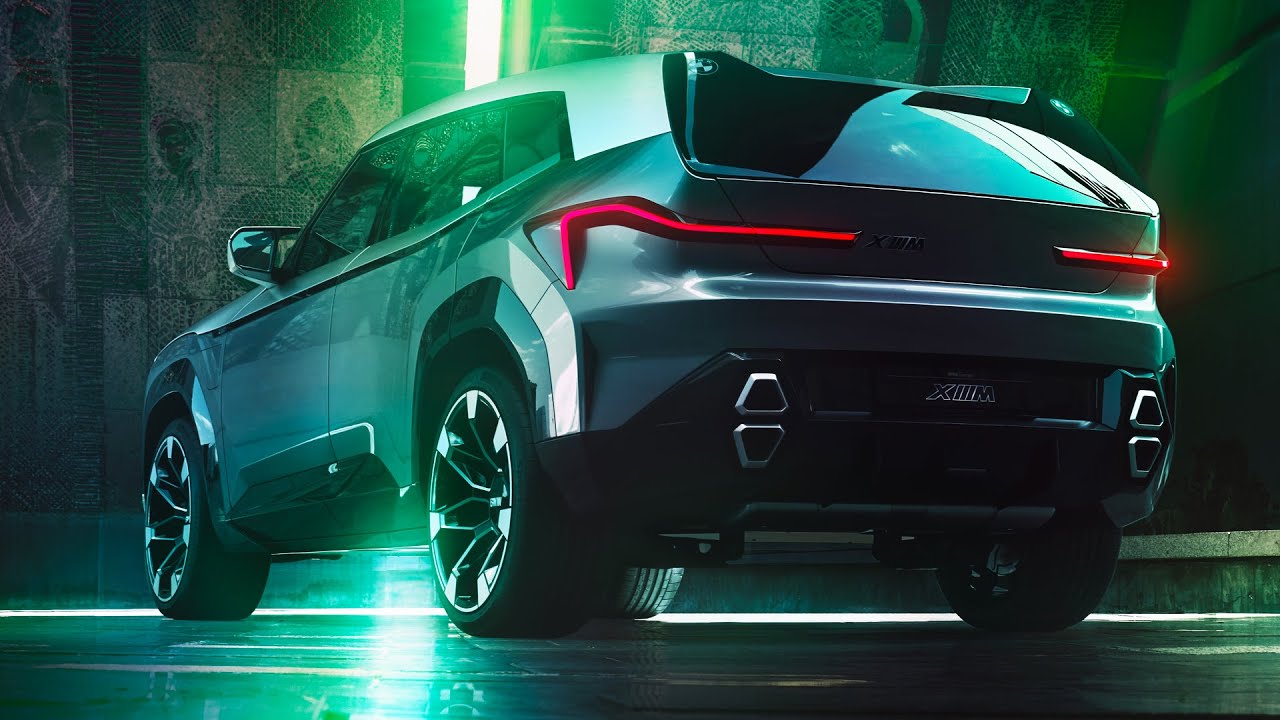 The 750 HP BMW XM Concept / Monster SUV. The BMW XM is finally here, and it’s one intense feast for the senses. Under the hood is a 750-horsepower hybrid powertrain, and of course, it has brooding and extreme looks to go right along with that sort of brutality.

As BMW made clear tonight, the theme of the XM is rock star energy. That’s no shock now that we know it will make 750-horsepower. It’s the most powerful plug-in hybrid BMW has ever made. It’s also one of the very few with such a simple M-badged nomenclature.

Of course, the M badge is all about athleticism. To ensure this SUV performs well, BMW has added hybrid power to its already potent V8 to make 750 horsepower and 737 pound-feet of torque.

It’ll even go some 30 miles on electric charge alone. The entire forward portion of the cabin is completely driver-centric. A giant center screen spans from the driver display all the way to the end of the center infotainment system.

Supple brown leather completes the high-end upholstery throughout. Then there’s the exterior which is, bold. Many BMW fans freaked out a bit at the big kidney grilles on new models.

The grille here is bigger and brighter. It’s literally lit with LEDs. And then there’s the super-aggressive body styling which is decidedly done with a ruler. Even the exhaust is three-sided. It’s clear that bolder is exactly what BMW was going for too.

Franciscus van Meel, the CEO of BMW M, said, “The BMW Concept XM represents a complete re-imagining of the high-performance vehicle segment… It underlines the ability of BMW M GmbH to break with established conventions and push boundaries in order to offer fans of the brand the ultimate driving experience.”

We get the feeling that this could lead to the two brands separating into the more conventionally styled BMW and the more extreme M.