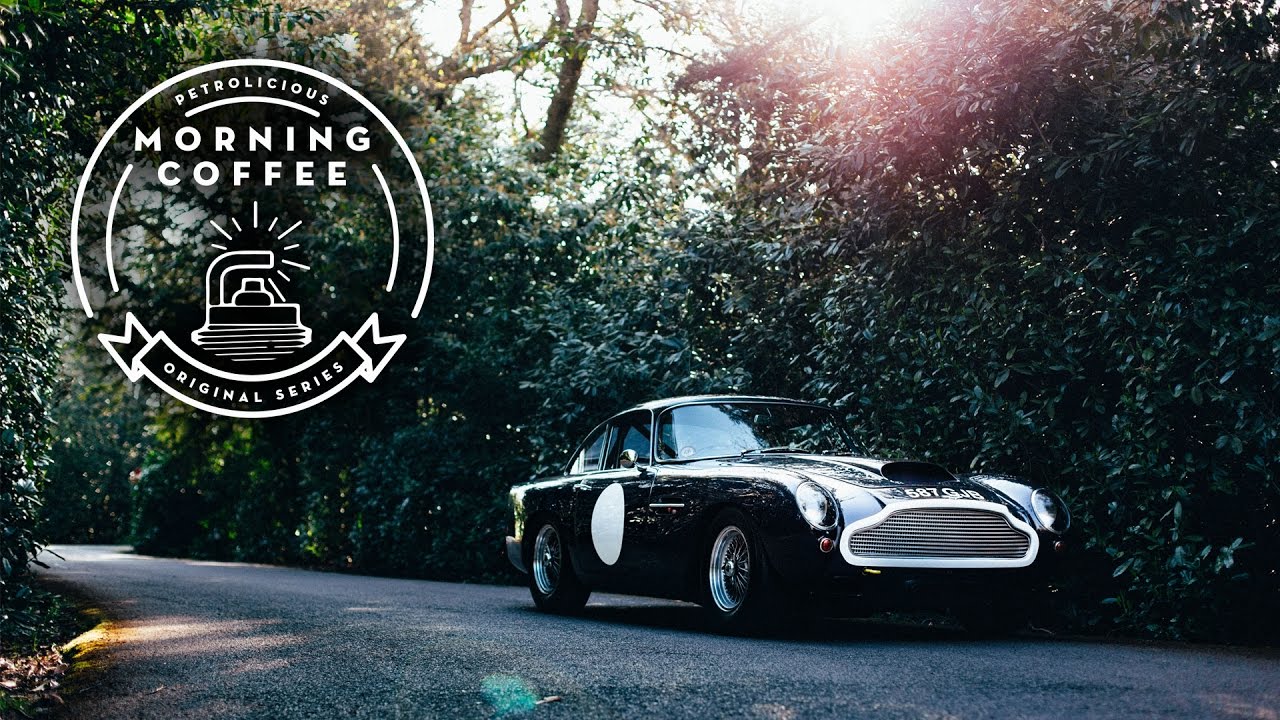 The Aston Martin DB4 GT Lightweight Is Much Stronger Than English Breakfast Tea. The latest in our “Morning Coffee” series comes in the form of the iconic DB4 GT, gloriously lipsticked in white and driven in anger by its owner, Paul Michaels of Hexagon Classics. Introduced in the fall of 1959 the DB4 GT was a high output, low weight variant of the DB4 that was revolutionizing the company built by the car’s namesake, David Brown.

The wheelbase shorter, its skin replaced by aluminum, its rear seats removed, the DB4 GT was the car that would bridge the gap from the early design touring language of the DB4 into what would become the notorious car issued to 007, the DB5. In total, 75 DB4s would be completed in GT spec, with of course another 19 handed off to the team at Zagato.

The engine though is truly where the GT shone in comparison to its non-GT brother, bringing an output of 302hp and a max speed hovering around 151mph. The cars were, in period, very fast. As Paul Michaels illustrates in our short film, they can indeed still hold their own on a crispy Sunday morning.

The example we are looking at here was ordered from the factory by none other than Thomas Sopwith (yes, that Sopwith), and is one of only four in existence to be what is considered “Build Sheet” spec DB4 GT Lightweights designed to take on Ferrari’s 250GT SWBs on the GT circuits of Europe. Needless to say, it’s a very special car.