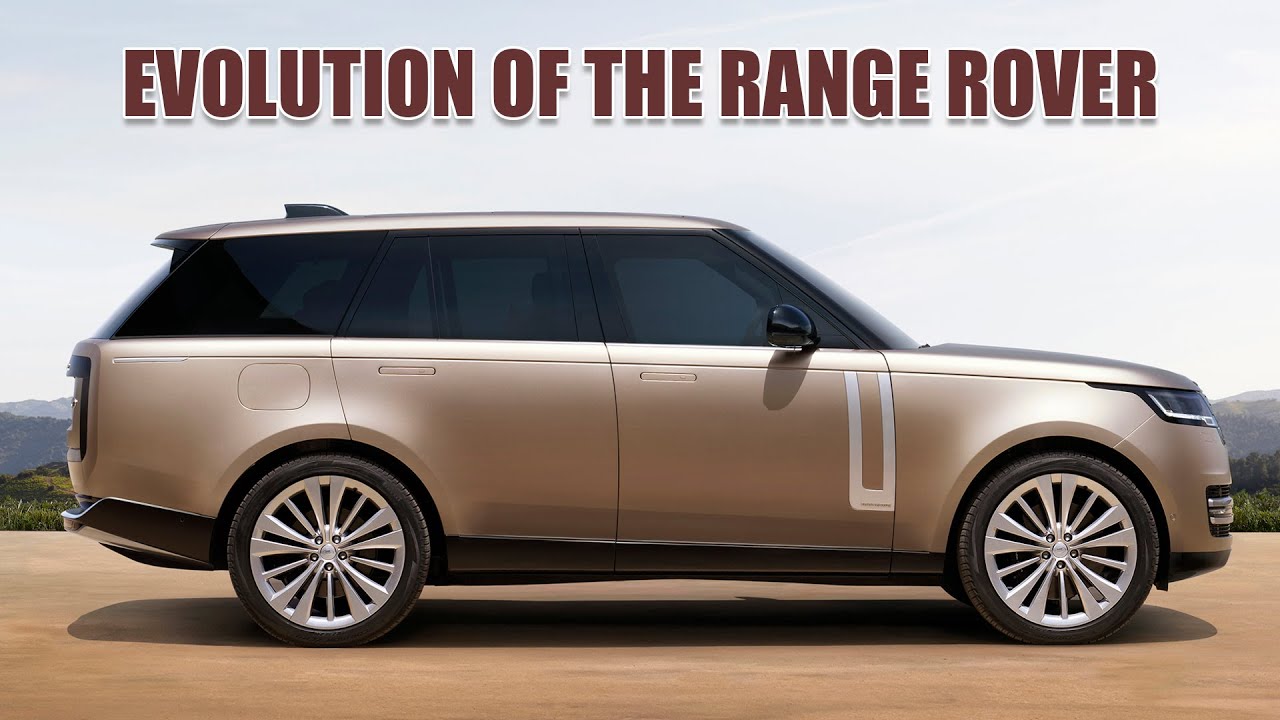 The Evolution of the Range Rover (5 Generations at a Glance). The evolution of the Range Rover has been a long process over many years. There have been four generations of these Land Rover vehicles, and each one has its pros and cons. Over time, it evolved from a barebones off-roader to a luxury SUV that kept its capability. If you were considering the brand new model, think again. Land Rover just announced a starting price of $104,000.

First generation: the Range Rover Classic
The Range Rover classic was the first generation of the iconic vehicle and was sold from the mid-1980s until 1992. Each of the U.S. models had four doors and a V8 engine. The earliest Range Rover models were not meant to compete with other luxury SUVs. They’re clad with vinyl seats and plastic dashboards inside the body-on-frame design, meant to be easily washable even with a hose.

Outside the U.S., the Range Rover began production in 1969 and only came as a two-door until 1981. Originally it came with a 130-hp version of Buick’s Rover V8 engine. After 1984, it came with Lucas fuel injection, raising the power to 155 hp. Larger engines took over in both 1990 and 1992, and what’s known as the Range Rover classic eventually became the Land Rover Discovery. The evolution of the Range Rover continued when the next generation was born from the long-wheelbase version of the classic.

Generation two: step into luxury
Now known as the P38, the second generation of Range Rover was first released in 1996. It was sold until the 2002 model year and took significant strides to step into the luxury segment. Loads more comfort and convenience features were added during this generation, including a much nicer interior. Both a 4.0- and 4.6-liter V8 engine were available throughout its lifetime. The P38 continued the evolution of the Range Rover into a high-end luxury machine.

Third generation: the BMW Range Rover?
For the 2003 model year, the Range Rover received another redesign this time largely developed by BMW. The German automaker has stewardship over the brand during this time. It was powered by a BMW V8 engine but also had an available Jaguar-Land Rover V8. This redesign brought it much closer to the vehicle we see today, but it still wasn’t there yet.

In 2010, the Range Rover received a refresh before the fourth generation. It gave it more power and some more extra equipment, further cementing itself as a luxury SUV. It gained a new instrument cluster and navigation system, adaptive cruise control, brake assist, blind-spot monitoring, and a 360-degree parking assist camera. The exterior front and rear were updated with a new look, and the V8 engine came in standard and supercharged forms.

Generation four: present day
Starting with the 2013 model year, the next step in the evolution of the Range Rover made it one of the most luxurious SUVs on the market. Not only did it keep its capability, especially off-road, but it received enough upgrades to compete with the likes of other major luxury automakers. It became synonymous with the term “high-end SUV”, and it also became very expensive.

This redesign added a lot of convenience, safety, and technology. As did every vehicle from 2010-2020, but the Range Rover always does a little extra. A long-wheelbase version was reintroduced in 2014, and the plug-in hybrid model in 2019. The redesign brought a new interior, an all-aluminum body structure to reduce its weight, expanded rear-seat space, and a brand new eight-speed automatic transmission.

The future of the Range Rover
After announcing the all-new 2022 Range Rover, Land Rover also gave us a look into the future and what’s to come. For the 2023 model year, a brand new 434-hp plug-in hybrid with an electric range of up to 62 miles will be available. A battery-powered electric Range Rover will premiere in 2024 with an all-electric powertrain.

The pricey 2022 Land Rover Range Rover begins deliveries in the Spring of 2022. One of these older generations of Range Rover might be a more cost-effective choice. After all, through the many iterations of the Range Rover, it has been delivering the same promise for a really long time. This off-road capable and highly luxurious SUV is a great option for any buyer, as long as you find it for the right price.