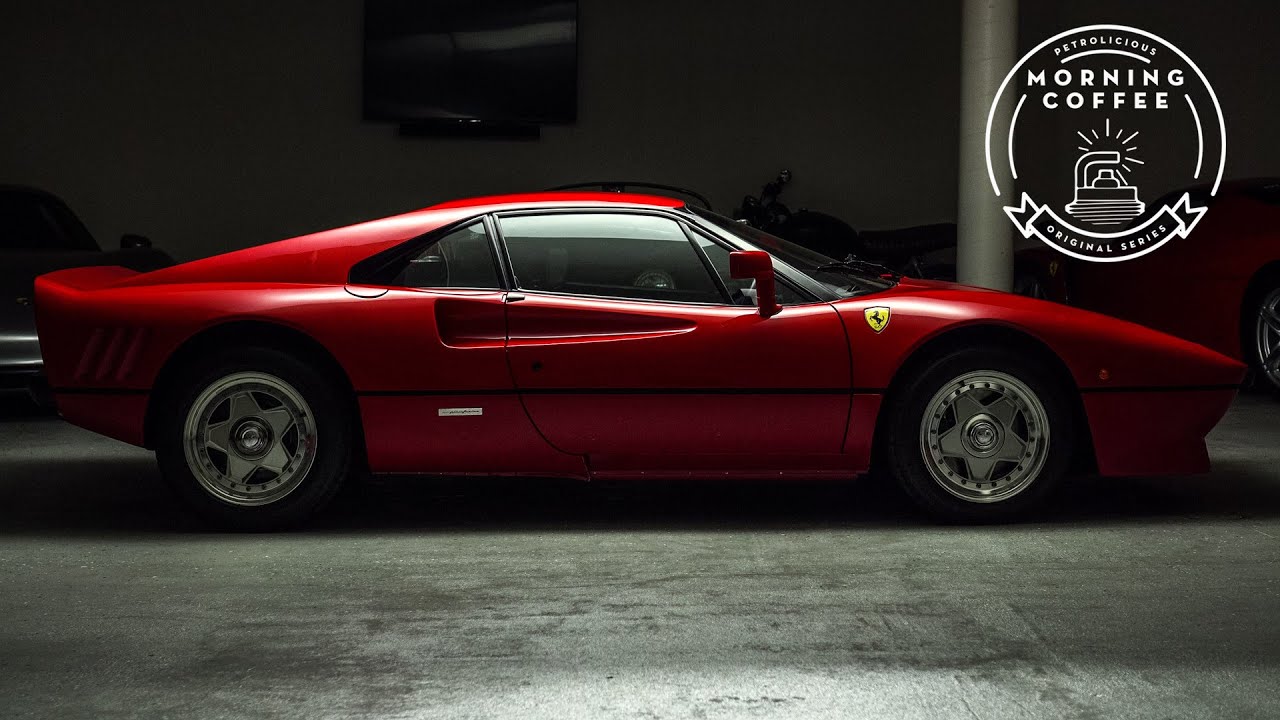 The Ferrari 288 GTO is the LaFerrari of 1984. Wake up, walk down to the garage, and hop in your Ferrari: if there was a 288 GTO a few paces away, wouldn’t it be more effective than caffeine? This is our new series, Morning Coffee, and it just had to kick off with a furiously turbocharged supercar that people recognize more from posters…but not after you see this.

The Ferrari 288 GTO was the company’s first real production engine to use turbocharging for outright performance, with byproducts including wastegate swooshes, flames spitting from the exhaust, and 400 horsepower. Lighter than the 308 series and utilizing advanced components like Kevlar in its construction, it’s a Group B car that simply was never able to compete in anger.

Too bad then, but not now: all 288 GTOs made are street-legal, and can be fired up in much less time than an espresso. Does your idea of a morning jolt have a Prancing Horse on its flanks?