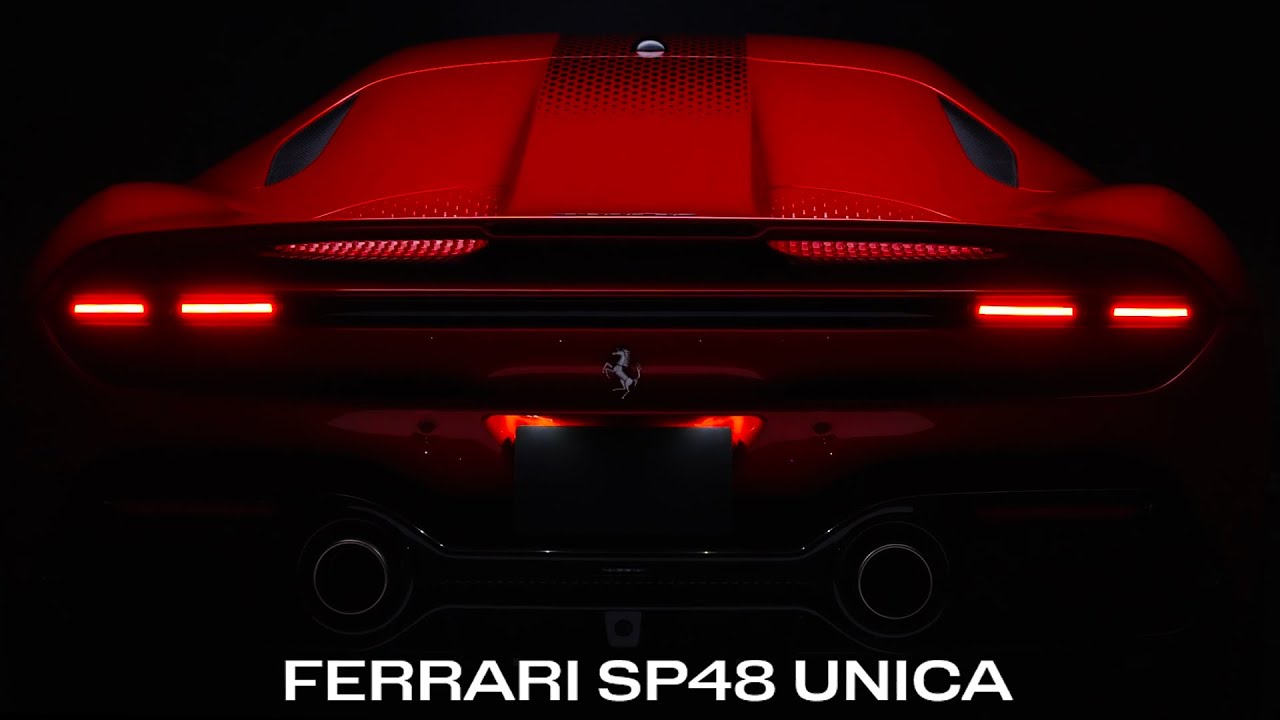 The Ferrari SP48 Unica – The latest one-off two-seat V8 Supercar. Following V12-powered one-offs such as the Omologata and BR20, the latest unique creation from Ferrari has a V8 heart. The SP48 Unica is based on the F8 Tributo, but you wouldn’t necessarily tell right away as the body has been largely redesigned. The one-of-a-kind creation was commissioned by a long-standing client who was involved in the development. The Prancing Horse goes as far as to say the buyer had their say in every step of the process.

The all-new front fascia was conceived using procedural-parametric modeling techniques and 3D prototyping. We notice some Roma influences as the SP48 Unica has a similar tridimensional effect for the grille. It gives the supercar a fresh frontal design compared to the oh-so-familiar F8 Tributo as well as the 488 and 458 that preceded it.

As for the rear, it’s far sleeker than before after removing the window and replacing the quad round taillights with slim LED bars that also send out a Roma vibe. Additional changes are noticeable on the profile as aside from a new wheel design, the SP48 Unica has different side air intakes mounted slightly lower. It also makes more generous use of black surfaces for the side skirts.

While images of the interior have yet to be released, the official video shows the cabin has been largely carried over from the F8 Tributo. Aside from the missing rear window, the unique build proudly carries the “SP48 Unica” badge on the passenger side of the dashboard. In addition, the seats make use of laser-perforated Alcantara, which has also been applied to other areas of the otherwise familiar interior.

There’s no word about price, but surely Ferrari asked quite a hefty premium for the SP48 Unica over the $280,000 F8 Tributo.

Source: Ferrari
———
Hope you enjoy this video and leave your comment bellow. To stay up to date with alot of new Videos