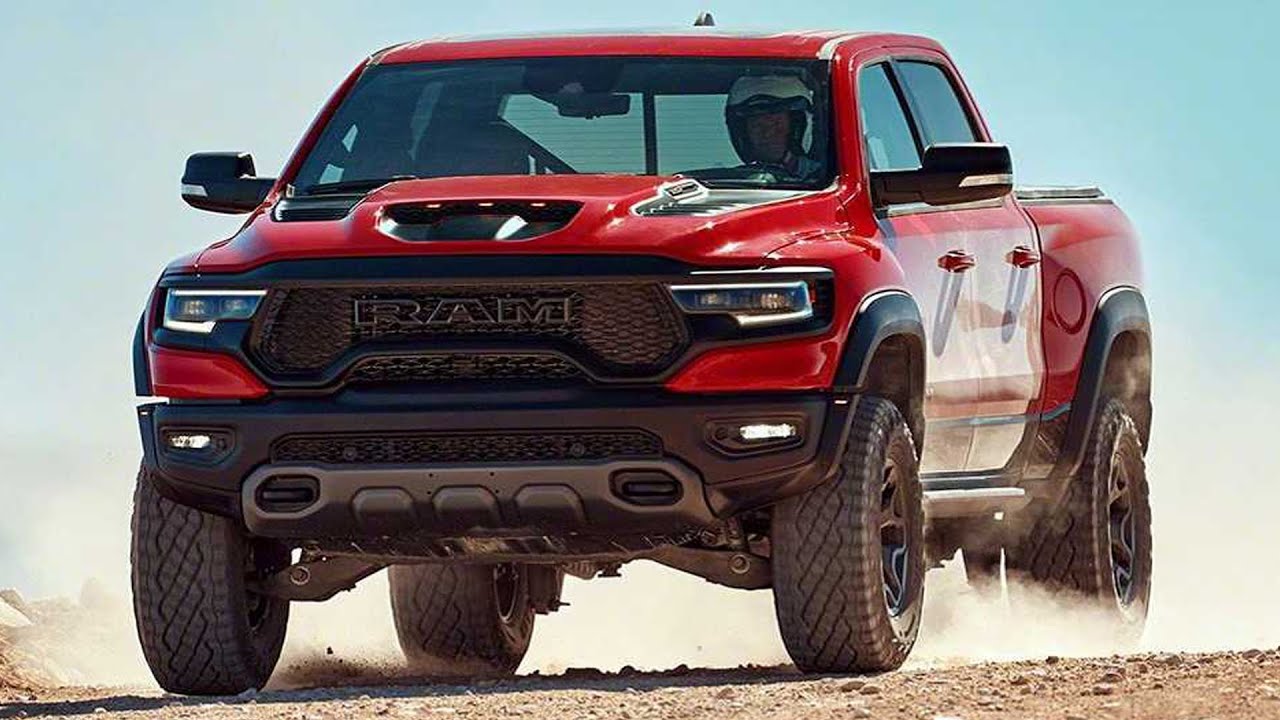 The Hellcat-powered Ram 1500 TRX (702 HP) Ready to fight the F-150 Raptor. Although the name of this first 700-plus-hp production pickup is generally pronounced as its three constituent letters, the people that built it like to call it “T. rex” to tee up the rivalry with the obvious competitor, Ford’s F-150 Raptor. “T. rex destroys raptors,” says the head of the Ram brand, Mike Koval, referring both to the Jurassic era and, Ram hopes, the fourth quarter of 2020 when the Hellcat-powered TRX goes on sale.