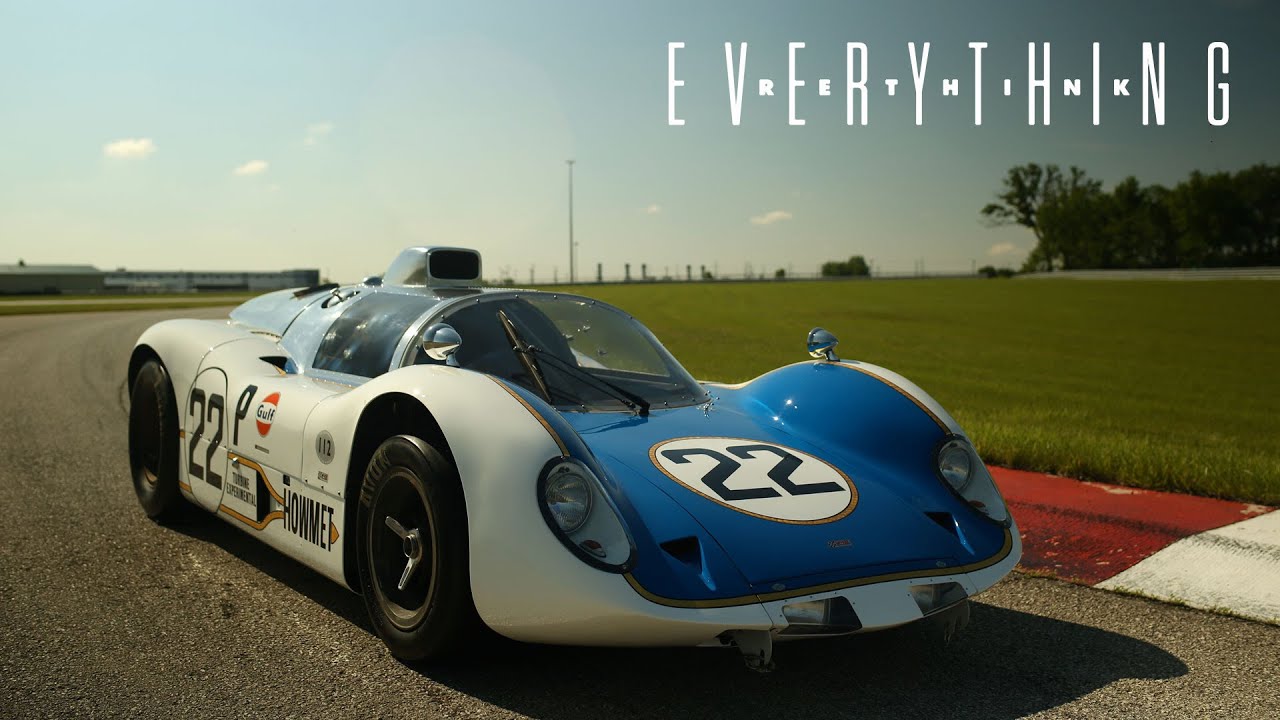 The Howmet TX: Rethink Everything. What sounds like a fighter jet and is faster than a Ferrari? Ladies and gentlemen, meet the incredible Howmet TX, an experimental race car that is the only turbine-powered car to actually win a race. Built by a talented team of engineers in 1968 using little time and just $10,000, the first Howmet was very much a moon shot.

Now, with legendary Howmet TX engineer Bob McKee as your guide, watch this sports racer scream around the track like you’ve never heard before. From its complex start procedure to the sound of more than 350 horsepower and 650 lb-ft. of torque pouring out at 65,000 rpm, the TX is a car that had to be wholly engineered from the start as a turbine-powered racer.

Ingenious solutions like a wastegate—which allowed the engine to operate at 80% throttle, even in corners—helped the car claw back time on the race track. After all, a helicopter turbine in a race car produces lots of power for little size and weight, but its fuel consumption and unique powerband mean there are big trade-offs when adopting this type of engine.

Still, two were built, and on-track could hang with the world’s best, to the tune of the Porsche 907 and Ford GT40. Early reliability woes kept its true potential hidden, but wins at the Heart of Dixie and Marlboro 300 in 1968 were the first-ever for a turbine car.

Your best chance to see a Howmet is at a vintage racing event, but until then, turn up your speakers and enjoy the sight of an aircraft turbine harnessed for road use.

Petrolicious would like to thank Team Stradale, Autobahn Country Club, and Helimotion Chicago for their generous assistance in producing this episode.