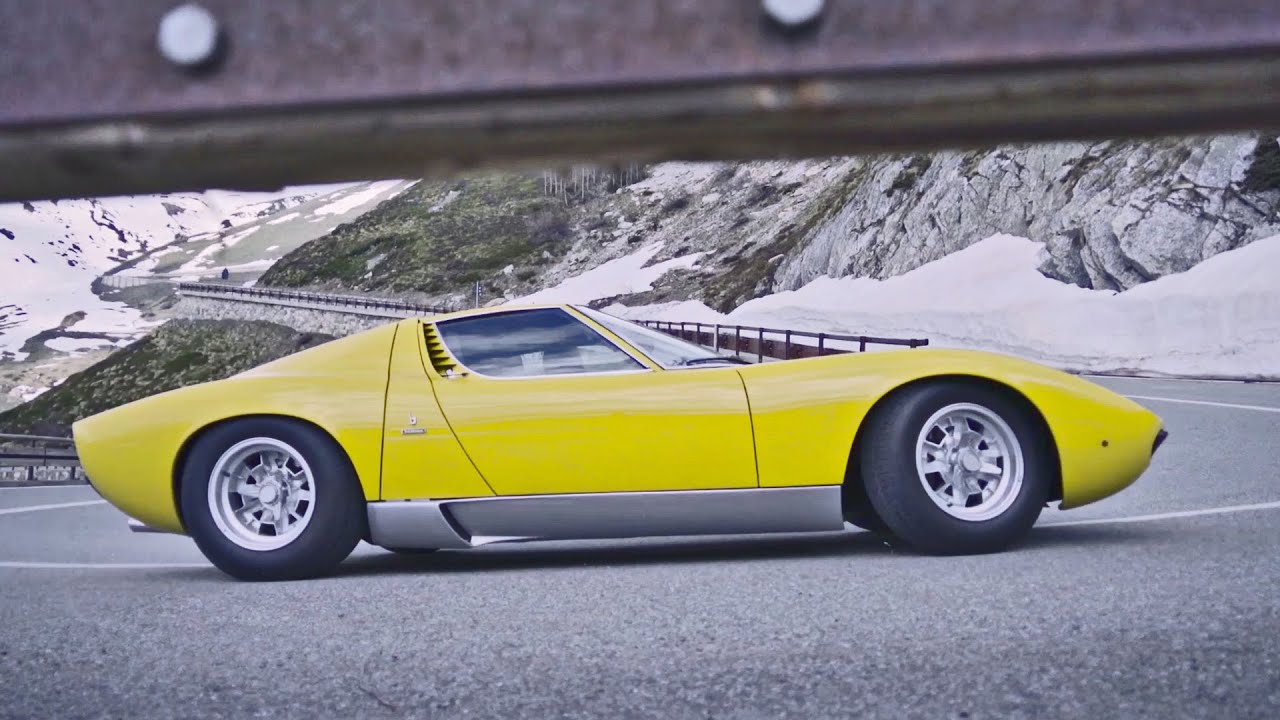 As part of celebrations commemorating the 50th anniversary of the Miura, Automobili Lamborghini sent two Miuras from its Museum along the route used in the film, “The Italian Job”, directed by Peter Collinson.
Starting in Sant’Agata Bolognese, where Lamborghini’s factory and museum is located, current V12 Lamborghini models including the Aventador Coupé, Roadster, Superveloce and Superveloce Roadster travelled back to the 1960s via the Pianura Padana, with stopovers in Vigevano and Aosta, before meeting up with the Miuras.

The climax of the event was the remake of the opening sequence of the 1969 cult film, driving the cars up the hairpin curves of state road 27 on the Grand St. Bernard pass in the heart of the Italian Alps.
During the event, the “fathers” of the Miura met in a warm reunion, remembering the most valuable stages of the development of this iconic car in a round table with the actual responsibles of the design and development of the Lamborghinis. Gathered together were engineers Gian Paolo Dallara and Paolo Stanzani, who were in charge of the Miura’s technical development, and  engineer Marcello Gandini, responsible for the exterior design on behalf of Carrozzeria Bertone.
Vehicles from Anas (the government-owned Italian company that builds and maintains roads) and the Polizia Stradale (Highway Patrol) escorted the Lamborghini super sports cars up to the Great St. Bernard Pass, which was opened on a one-time basis for this event, only.