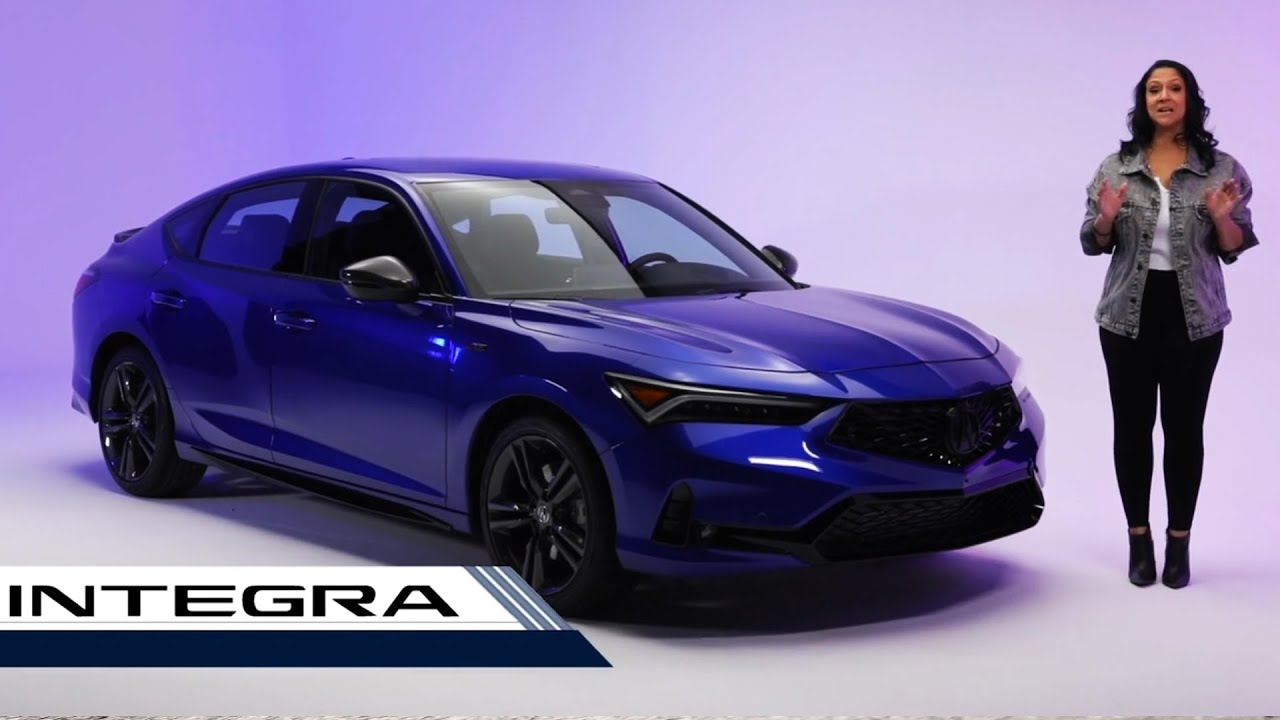 After more than two decades the Acura Integra is returning to the luxury automaker’s lineup. It will arrive in dealerships this summer starting at $31,895, and it uses the same turbocharged four-cylinder as the Honda Civic Si but offers more options.

Whereas the Honda is only available with a six-speed manual transmission, the Acura comes standard with a continuously variable automatic transmission (CVT). The Integra’s starting price makes it $3580 more expensive than the Civic, but the Integra with the optional six-speed manual starts at $36,895, making it $8580 more than the Si. The only way to get the manual Integra is with the A-Spec and Technology packages, which include things like a limited-slip differential (standard on the Civic Si), adaptive dampers (not available on the Civic Si), head-up display, and wireless charging.

For $33,895 you can get an Integra with the CVT and A-Spec package, which is an appearance package that adds black trim, a lip spoiler, 18-inch wheels, and A-Spec badging. The A-Spec interior gets stainless steel pedals, red needles on the gauges, and red stitching. Adding the Technology package, which includes the adaptive dampers and larger touchscreen, increases the price to $36,895. Unlike the Civic Si, which is available with summer tires, the Integra only offers all-season rubber.

The turbocharged 1.5-liter four-cylinder engine is shared with the Civic Si, and it makes the same 200 horsepower and 192 pound-feet of torque. In our testing, it launched the manual-equipped Civic Si to 60 mph in 6.8 seconds and through the quarter mile in 15.1 seconds at 94 mph.

Look for the 2023 Integras to start arriving at dealerships in early June, and Acura has also not yet confirmed or denied the existence of a coming Type S or R model in the future.