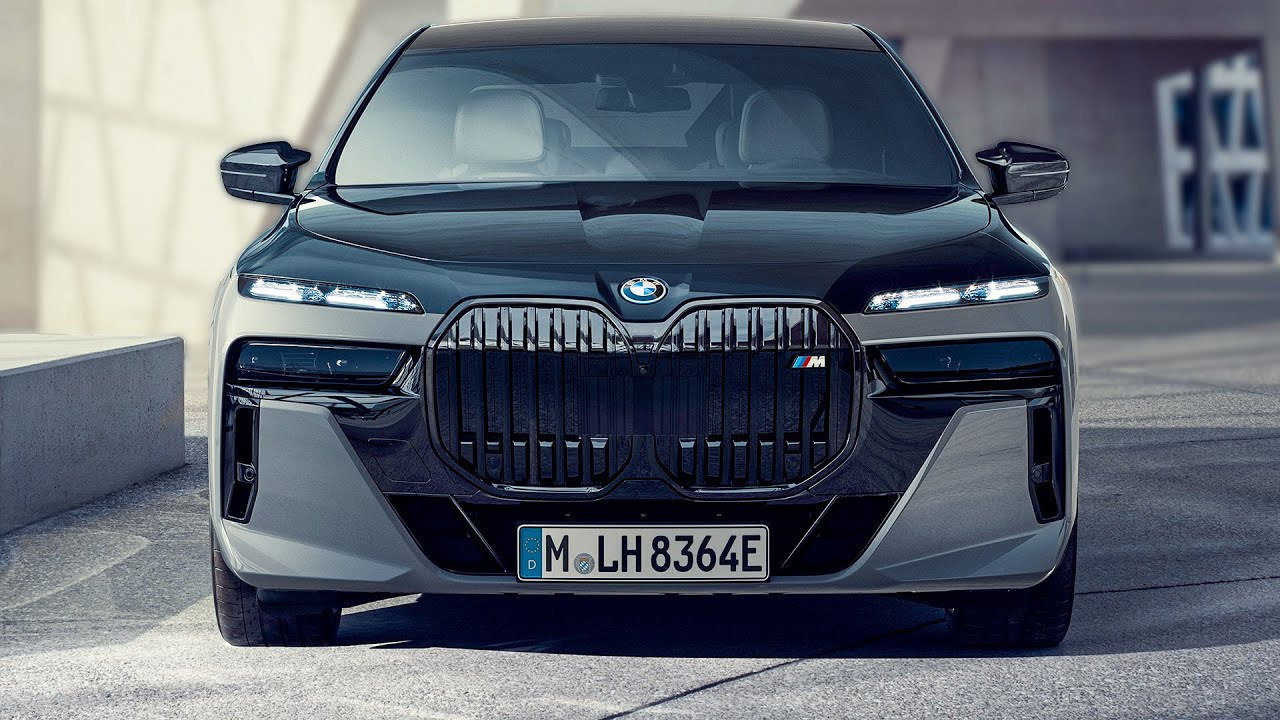 The New BMW 7 Series (2023) Ready to fight the S-Class. The new BMW 7 Series was designed from the ground up for particularly demanding target groups in a globalised marketplace. This is also reflected in a market-specific drive system portfolio that includes exclusive offerings for China – as the company’s most important sales region – and a diesel model for Europe.

The new generation of luxury sedans from BMW opens up a whole new dimension in spaciousness. Unlike its predecessors, the new BMW 7 Series will be available worldwide exclusively as a long-wheelbase model that maximises space in the rear. Different facets of its character are defined by the use of specific design features and drive system variants. The new BMW 7 Series range also includes models from the BMW i and BMW M brands, which allow its myriad characteristics – from elegant, modern and sustainable to expressive, sporty and dynamic – to be brought prominently to the fore.

The new BMW 7 Series now offers a choice of combustion engines, plug-in hybrid systems and all-electric drive for the first time ever. The degree of diversity in the drive system portfolio is based on a newly developed flexible vehicle architecture and is an expression of a global model strategy for the new edition of the BMW 7 Series. This enables the BMW Group to take into consideration a customer’s individual needs, infrastructure factors and legal regulations in all relevant automotive markets around the world. The market launch in Europe will initially feature only the BMW i7. In the USA, China and other selected sales regions, two models will be offered at market launch in addition to the all-electric variant, each equipped with a petrol engine and 48V mild hybrid technology.

Plug-in hybrid variants of the new BMW 7 Series are expected to follow in numerous markets from the beginning of 2023. These will include the first BMW M model with a six-cylinder in-line petrol engine and plug-in hybrid drive system. A model variant with a diesel engine and 48V mild hybrid technology will be added to the range in Europe just after the market launch. Further variants of the all-electric BMW i7, including the future top-of-the-line BMW i7 M70 xDrive, will be made available at a later stage.

As was the case with all its predecessors, the new BMW 7 Series will be built at BMW Group Plant Dingolfing. The company’s largest production facility in Europe will be fusing tradition with the future and is also the BMW Group’s centre of excellence for the production of e-drive components. The highly integrated electric drive system and the high-voltage battery of the BMW i7 will also be manufactured there. Vehicles with combustion engines, plug-in hybrid systems and all-electric drive systems will come off the same production line in Dingolfing. In addition to the all-electric BMW iX and the new BMW 7 Series, the BMW 8 Series luxury sports car and BMW 5 Series models, among others, are also produced here.