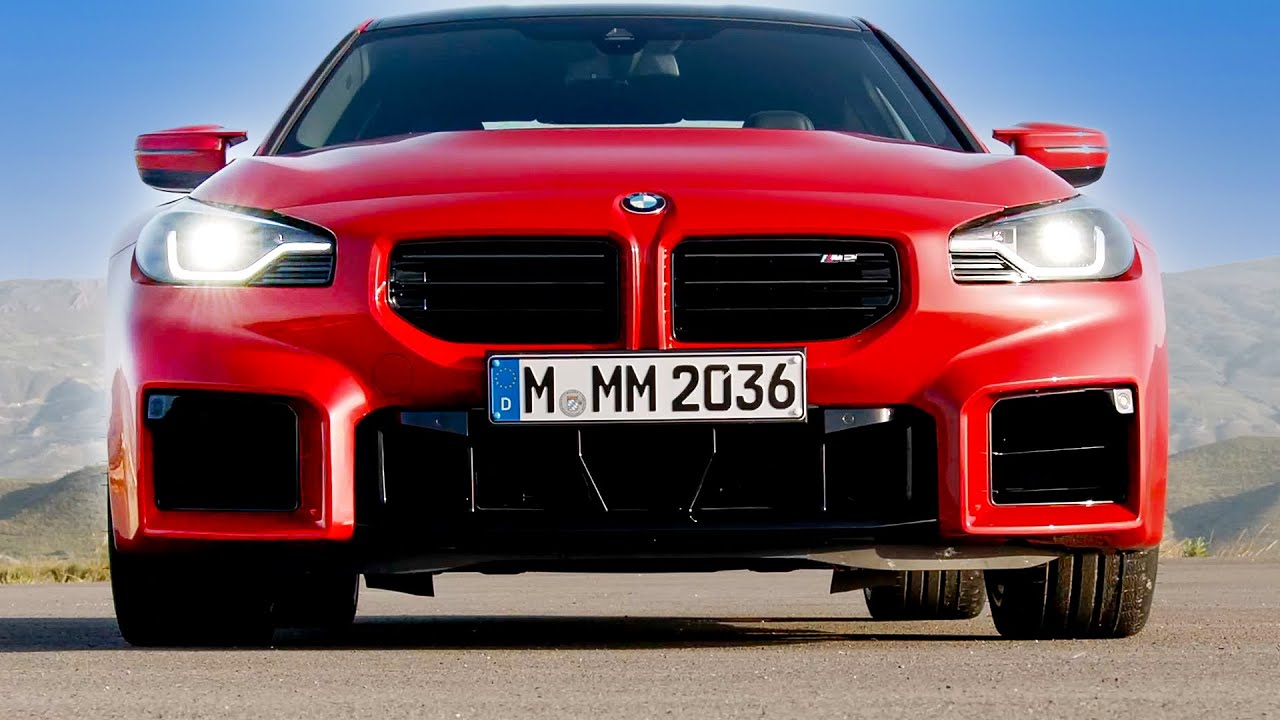 The New BMW M2 Coupe (2023) Perfect Sports Car – Sound, Design, Driving. The global launch of the new BMW M2 will get underway in April 2023. It will be built alongside the new BMW 2 Series Coupé at the BMW Group’s San Luis Potosí plant in Mexico.

The version of the straight-six engine developed for the compact high-performance model with M TwinPower Turbo technology and high-revving design stands out with its M-typical performance characteristics. Differing only in a small number of details from the engine employed in the BMW M3 and BMW M4 models, the 3.0-litre unit thrills with its urgent response, healthy appetite for revs and linear power delivery into the highest reaches of the engine speed range.

Developing a maximum output of 460 horsepower (338 kW), the engine under the bonnet of the new BMW M2 outguns the base unit used by its predecessor by 90hp/66 kW. Peak torque of 550 Nm (405 lb-ft) is produced between 2,650 and 5,870 rpm with maximum output arriving at 6,250 rpm. The new engine revs to a maximum 7,200 rpm. The pulsating build-up of power is accompanied by an emotionally rich soundtrack generated by the M-specific exhaust system with electrically controlled flaps. The system of oil supply is designed to handle extremely dynamic driving situations when out on the track, as is the cooling system.