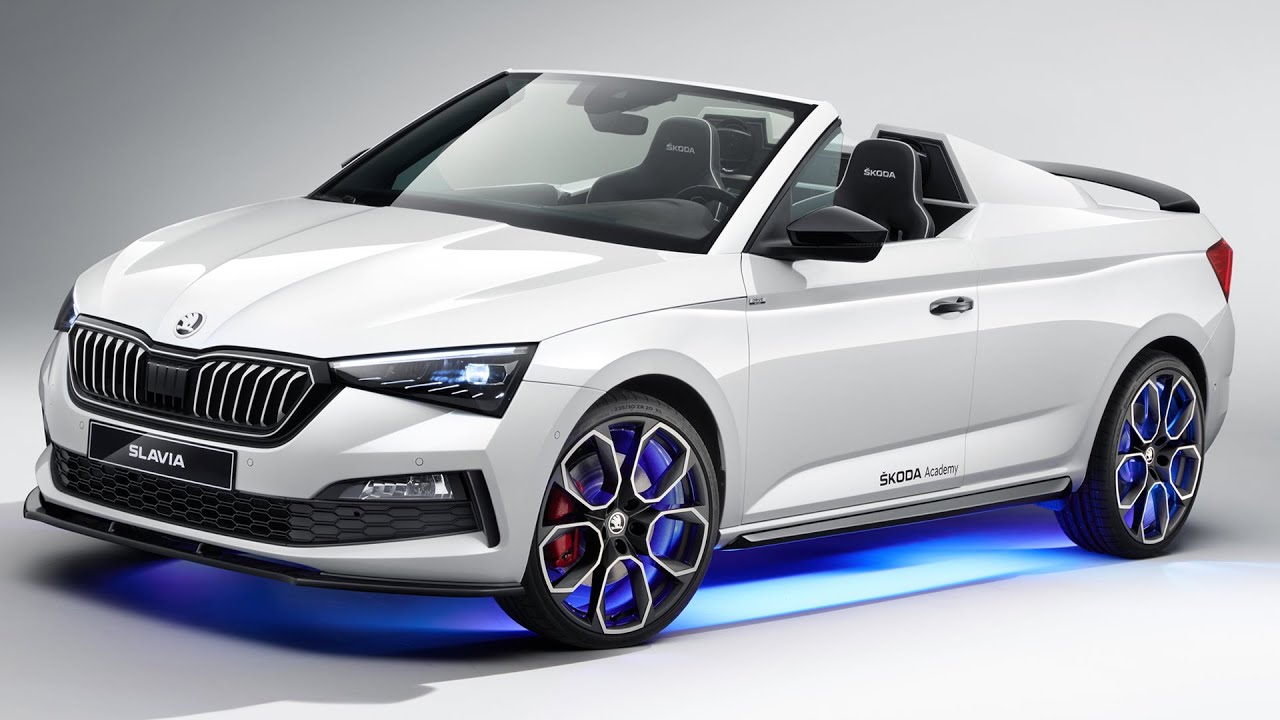 Though not intended as a series production model, the Slavia is the flagship project of the Czech brand’s vocational school in Mladá Boleslav, which trains students in various disciplines to embark on a career within Skoda.

The students are invited annually to design their dream car together, with previous examples including last year’s Mountiaq pick-up and Atero coupé. The Slavia was built by a team of 31 trainees who elected to turn the existing Scala hatchback into a ‘sporty spider’.

Taking a Scala hatchback, the students reinforced the underbody, removed the roof and welded the rear doors in place. The two-door model became a two-seater with a bespoke rear seat cover featuring speedster-style twin humps, which combines with a new bottled and rear spoiler.

The Slavia also uses 20in alloy wheels from the Kodiaq vRS, as well as an Octavia vRS brake system and wheel hubs, alongside a modified exhaust. A three-layer White Crystal Blue pearlescent paint finish features neon blue accents, while programmable LEDs in the sills bathe the car in the three colours of the Czech flag.

“The students have managed to imbue their vehicle with its own individual character while mastering the engineering challenges involved in turning a closed-body vehicle into an open-top spider,” said Zdeněk Stanke, team leader at the Skoda Academy.