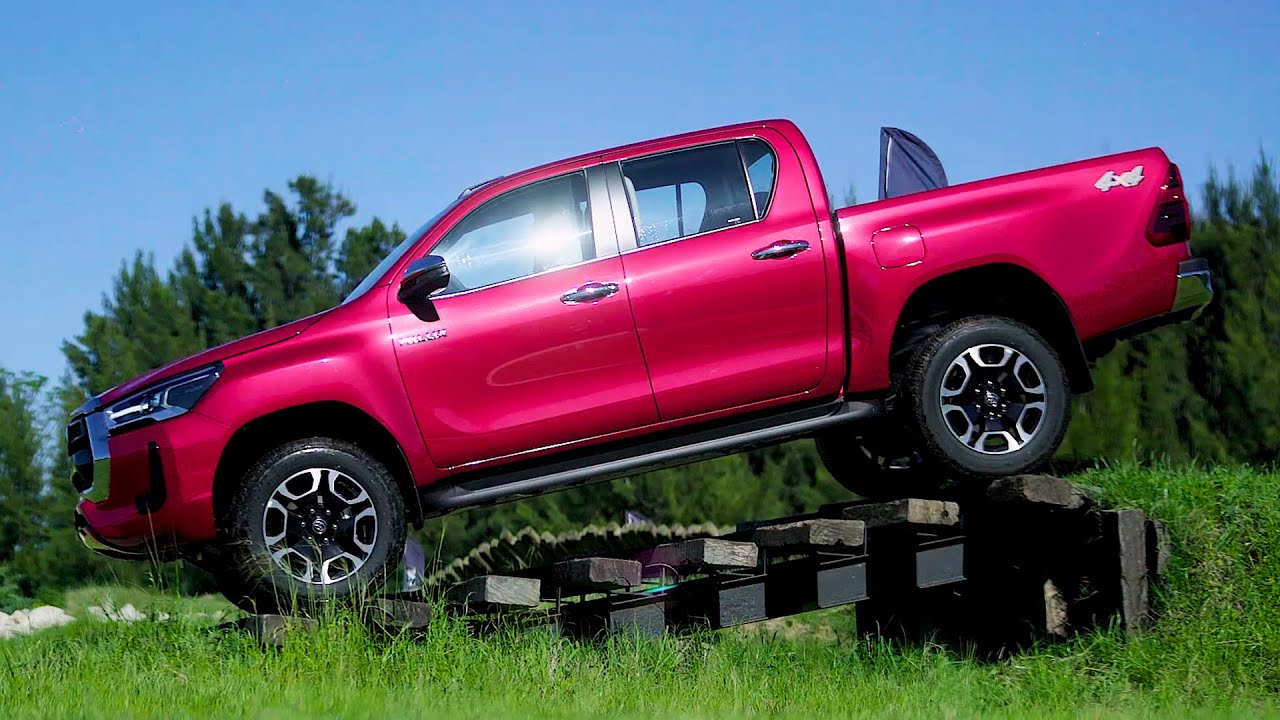 The new Toyota Hilux (2021) More capable and greater driving comfort. Prices have been announced for the new 2021 Toyota Hilux, with on-the-road costs ranging from £26,895 for the entry-level Active Single Cab to £40,475 for the range-topping Invincible X edition.

For now, customers will have to limit their choices to the two range-topping grades dubbed the Invincible and Invincible X, in the double cab body style, with the lesser Active and Icon set to join the lineup at a later date.

The Toyota Safety Sense driver assistance suite will be standard on all trim levels, whereas the Icon will also sport an 8-inch infotainment system with Android Auto and Apple CarPlay, in addition to the 17-inch alloy wheels, rear privacy glass, side steps, LED front fog lamps, power-folding side mirrors, reversing camera and limited-slip differential.

The new Titan Bronze metallic paint finish has been added the color palette and customers will have different official accessories available for the facelifted Hilux, such as the hard tops, roll covers, locking tailgate and 12V outlet in the bed.