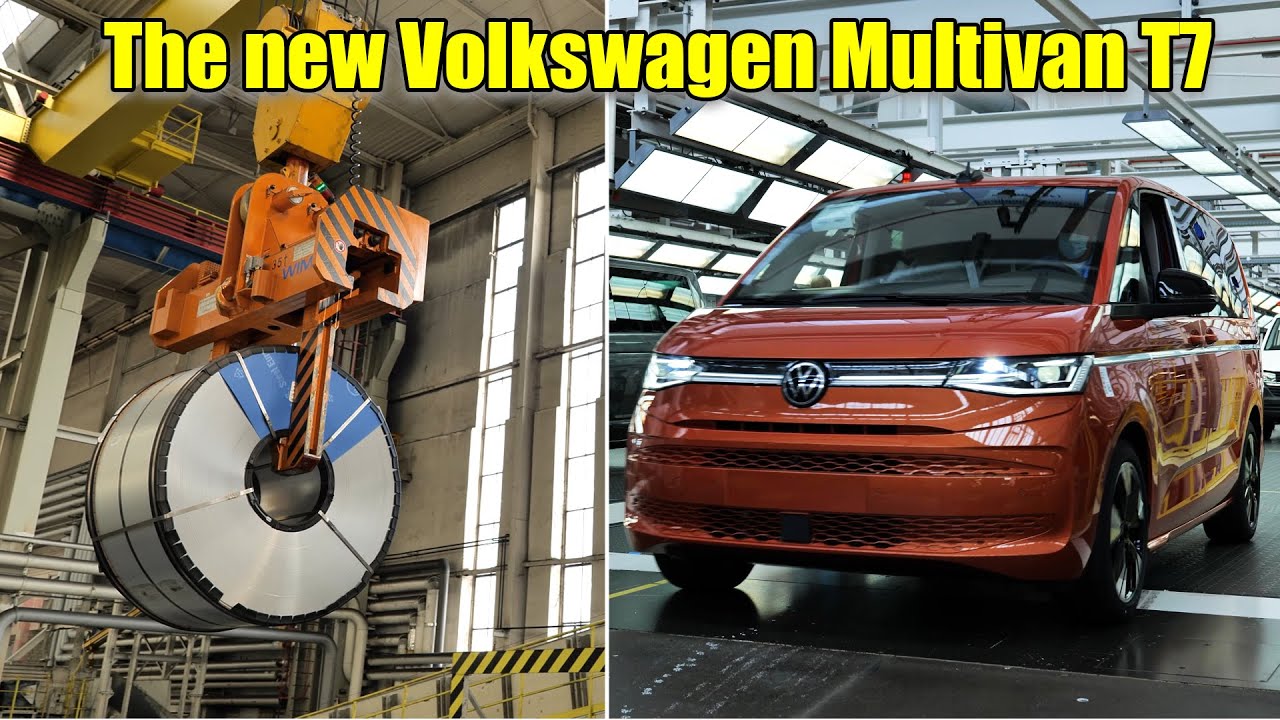 The Volkswagen Commercial Vehicles division officially starts series production of the new generation of the Multivan model. It is completely new, it has been upgraded to the modular MQB platform known from passenger cars, thanks to which it should come even closer to the classic MPV. The first customers will see the car before the end of the year.

Like its predecessors, the new Multivan is manufactured in Hanover. At the same time, the main plant of VW Commercial Vehicles had to be modernized with the start of production of the Multivan T7, especially in connection with its new technical basis. In addition to the Multivan T7, models of the existing T6.1
series with different technology will continue to be produced here. In addition, the modernization of the plant does not end with the advent of the Multivan.

A purely electric ID.Buzz model will be produced here next year. In 2025 there will also be all-electric models for the Group’s premium brands. The production of classic vans is gradually being relocated to Turkey, to the Ford plant. The replacement for the T6.1 is being created as part of an alliance with this American automaker and will be based on the same basis as the new Ford Transit / Tourneo Custom.

This means that cars are produced in Hanover with three different platforms, which the plant had to adapt to. In addition, the new Multivan was integrated during ongoing operations, which made modernization of the plant even more difficult. Nevertheless, despite previous restrictions caused by the coronavirus or the current shortage of production components, mass production finally started as planned.

At the same time, Volkswagen uses state-of-the-art technologies in the production of the multivan. In addition, the proportion of automated work in the body shop has increased. If this process is automated by 77% in the T6.1 series, it is already 93% in the case of the novelty. The workers usually only monitor the work of the machines from the control room, with smartwatches also helping them. For example, they can warn of necessary service interventions, which reduces a possible reduction in production to a minimum.

The engine range is also related to the base used. For the first time in the history of this model, the new Multivan is being offered with a plug-in hybrid drive with a total output of 160 kW. Conventional derivatives then mainly rely on petrol, 1.5 TSI (100 kW) and 2.0 TSI (150 kW). At the beginning of 2022, the range will be supplemented by a 2.0 TDI turbodiesel (110 kW).

The Volkswagen Multivan T7 will hit the market later this year. The first customers in their home country Germany will see it in November.