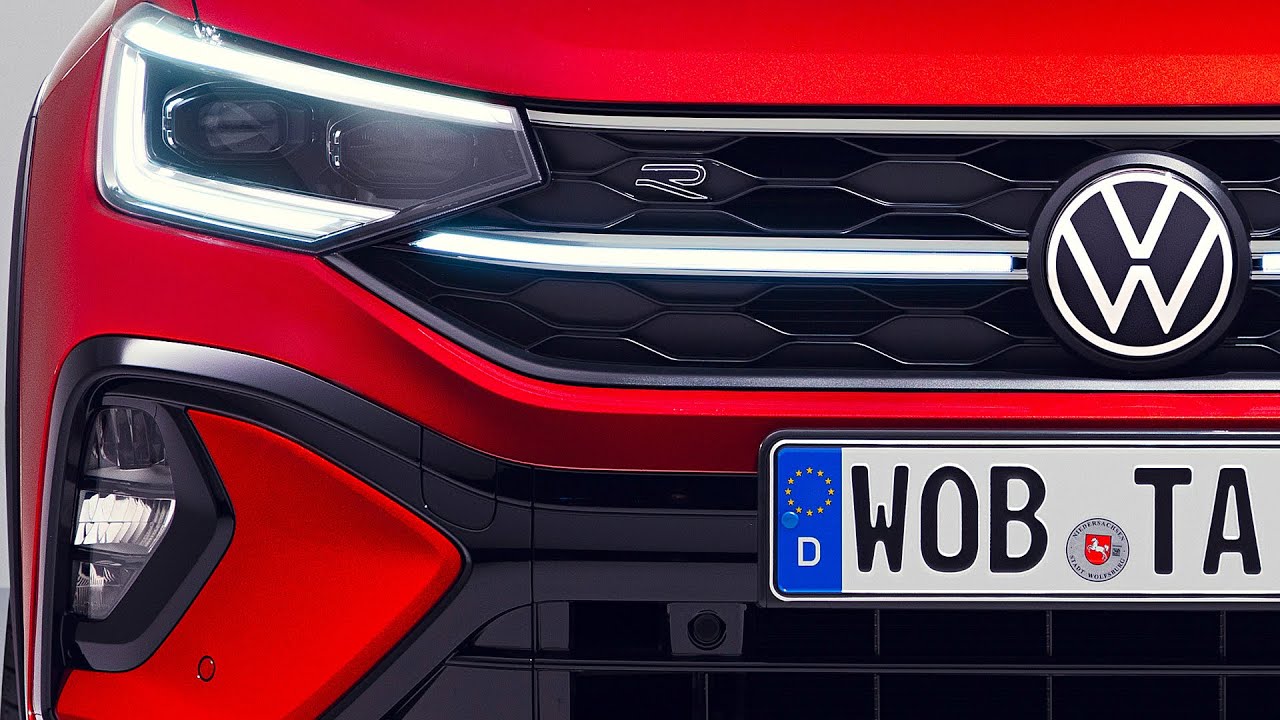 The new Volkswagen Taigo (2022) IQ.LIGHT LED matrix and Interior details. 2022 VW Taigo Revealed As Small Crossover Aspiring To Be A Coupe
Yes, you’ve seen this car before, but with a different name.

Confused by Volkswagen’s increasingly crowded crossover lineup in Europe? So are we. You would think there wouldn’t be room left what with the already available T-Cross and T-Roc, but the peeps from Wolfsburg are launching the Taigo to fill in a gap we never knew existed. Granted, the small crossover has been a long time coming since VW made it clear it would bring Brazil’s Nivus to Europe with a different name and build it in Spain.

VW also sells the T-Roc with different wheelbase lengths and all of them are longer than the Taigo’s. Side note, the peeps from Wolfsburg are also selling a T-Roc Convertible on the Old Continent to pick up where the Range Rover Evoque Convertible left off.

Essentially, the Taigo is a more stylish alternative to the T-Cross by adopting what VW refers to as a coupe-like roofline. There’s not much to say about the design as it has been largely carried over from the BR-spec Nivus. Featured in many of the adjacent images is the flagship R-Line, complete with faux quad exhaust tips we could honestly do without.

The same goes for the interior, also borrowed from its Brazilian sibling. However, eagle-eyed viewers will notice the Euro-spec Taigo has fancier climate control settings, borrowed from the facelifted Tiguan and Arteon. Overall, the interior should look oh-so-familiar if you’ve been in a T-Cross or a Polo, which also got that climate control module with the mid-cycle facelift unveiled earlier this year.

Sold exclusively with a front-wheel-drive layout, the Taigo will be a gasoline-only affair as VW is gradually moving away from its once high-praised TDI engines. Customers will get to pick from the usual suspects, namely a three-cylinder 1.0-liter and a bigger and more powerful four-cylinder 1.5-liter unit. The three-pot is good for 95 hp (70 kW) and 110 hp (81 kW) while the four-pot is rated at 150 hp (110 kW). Depending on the engine choice, the Taigo comes with a five- or six-speed manual along with a seven-speed, dual-clutch automatic transmission.

From matrix LED headlights to partly automated driving (level 2), the VW Taigo is generously equipped for a B-segment crossover. It can be specified with a plethora of kit, including a 9.2-inch touchscreen, wireless charging, 18-inch wheels, and various driver assistance features. Despite its somewhat swoopy roofline, the cargo area can still accommodate 438 liters of luggage, which is comparable to the boxy T-Cross.

VW has plans to sell the five-seat Taigo small crossover in 28 countries from the European Union, plus Turkey and Africa.