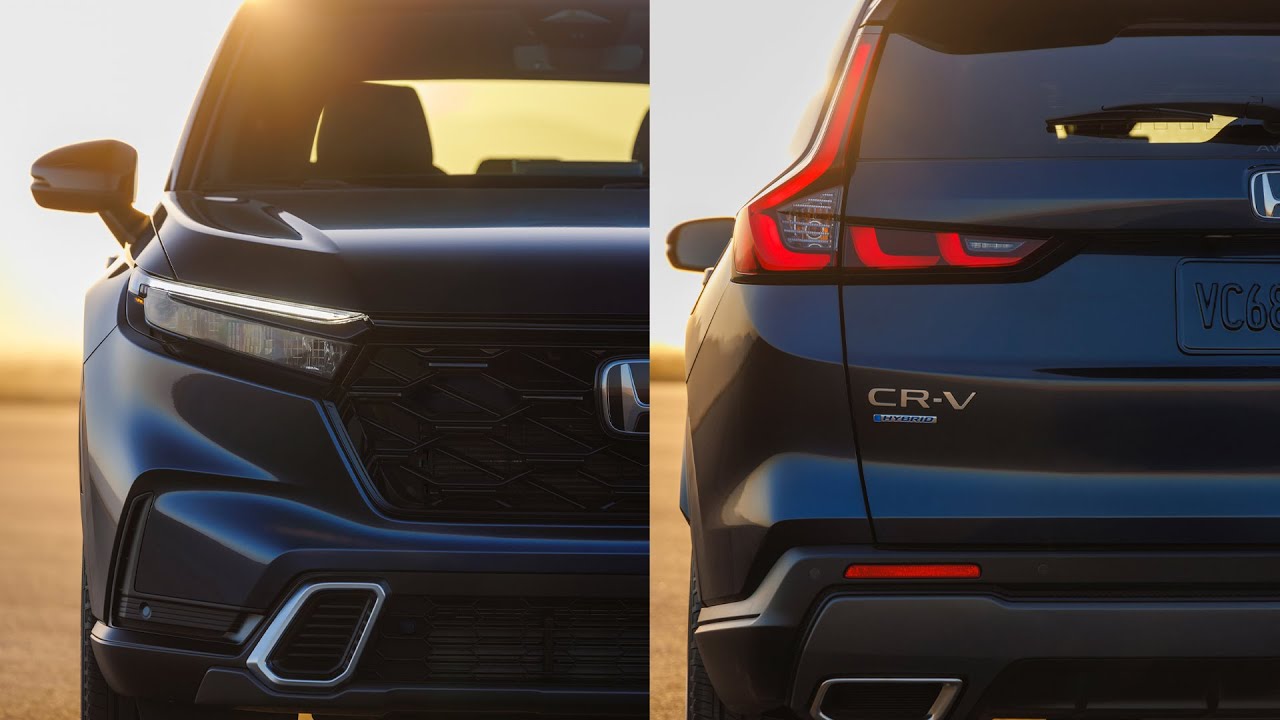 The Next-Gen Honda CR-V (2023) Exterior Design / First Look. Honda has formally previewed the 2023 CR-V in a series of official images from the Japanese marque. The photos, which give us a good look at the upcoming new generation compact crossover, came after a confirmation from earlier this month that the next CR-V and CR-V Hybrid are coming this year.

The countdown to the arrival of the 2023 Honda CR-V officially begins and it might not be too long before we get to see the model in full detail, along with its technical spec sheet.

But before that, let’s discuss what we can say about the design in the provided images.

The next Honda CR-V looks sharper on both ends, carrying more dark accents than chrome. The headlights are narrower than the outgoing version, similar to what you’ll find on the previously teased Prologue electric crossover. The meshed grille upfront has vast slots, while the lower corners house dark accents with vents. Honda has also mounted the side mirrors to the door panels this time.

All of these reflect what was published by China’s Ministry of Industry and Information Technology before, except for the silver garnishes on the lower bumper found on the North American version.

At the rear, Honda stays faithful to its high taillight design for the CR-V, though the L-shaped lamps now come with a different graphic. The silver accent on the lower bumper might trick you into thinking that it’s an exhaust outlet, but it’s actually not.

Honda is set to reveal the all-new 2023 CR-V this summer with “a more advanced hybrid system for a sportier driving experience and more capability.” The company is also introducing a new Honda Pilot this year, which the automaker calls the “year of the SUV.”
———
Hope you enjoy this video and leave your comment bellow. To stay up to date with alot of new Videos