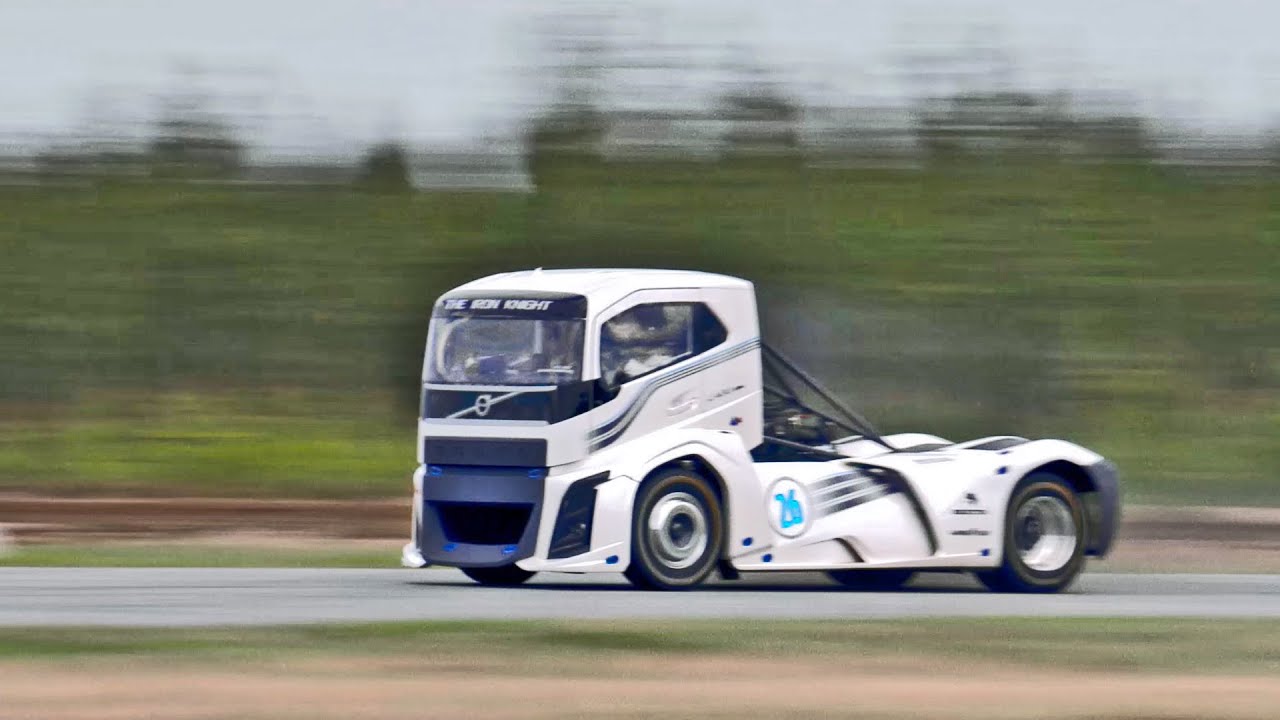 ► The World’s Fastest Truck. Volvo Trucks’ The Iron Knight is the world’s fastest truck – twice over. It has beaten the speed record in the standing-start 500- and 1000-metre categories. The record-breaker is custom-built in every respect apart from the engine and the series-manufactured I-Shift Dual Clutch transmission.

With an average speed of 169 km/h (105 mph) and a time of 21.29 seconds, The Iron Knight beat the international speed record for 1000 meters (0,62 miles) from a standing start. It also beat the corresponding record for the 500-metre (0,31 miles) distance, at 131.29 km/h (81.57 mph) and 13.71 seconds. The record run was carried out at a closed-off test track in northern Sweden. At the time of publication, the records are being reviewed by the FIA, the international motor sport association.