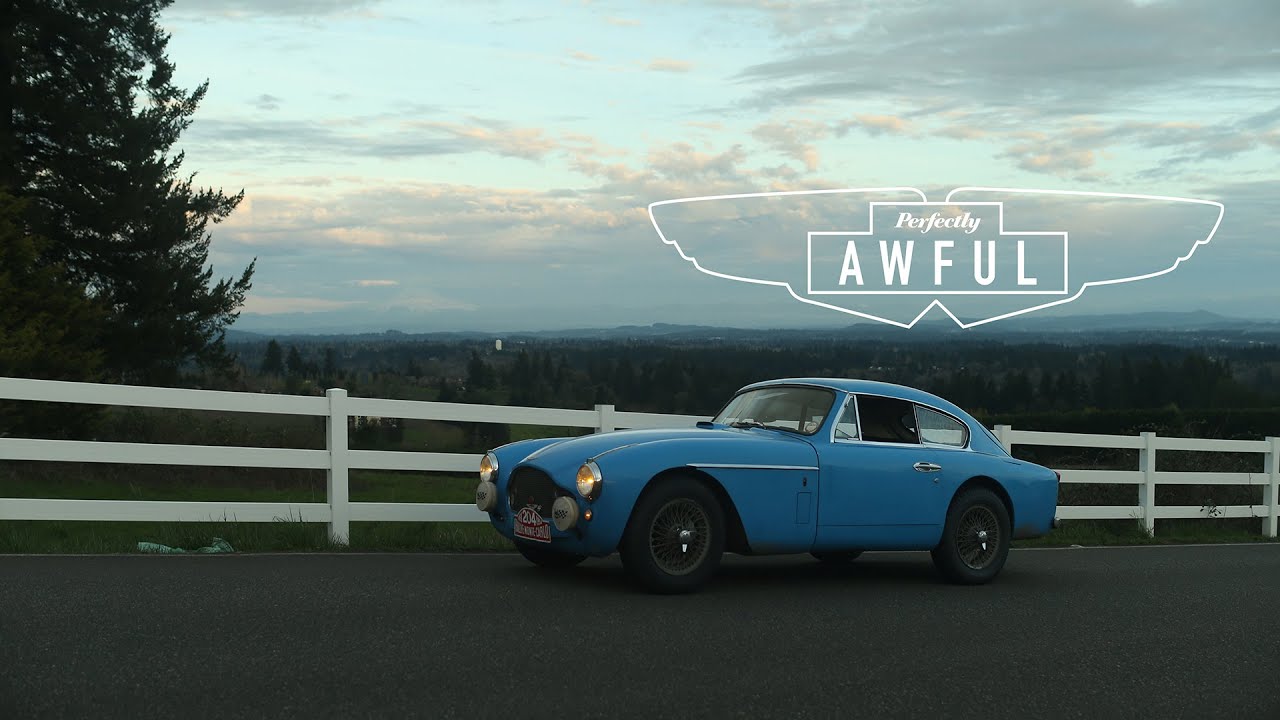 This 1957 Aston Martin MK III Prototype is Perfectly Awful. “Some day, down in the future, whoever ends up with this car when it leaves my garage—they may choose to restore it,” says Dave Adams. “…but I hope if and when that happens, they do it with the correct lens so it’s not over-restored.”

This 1957 Aston Martin Mk III is actually the prototype for the Mk III range, and was not only used for official testing and design duties, but had also been entered into the Monte Carlo Rally. As Adams explains, the Mk III represented a huge number of both endings and beginnings for the marque.

“When Ian Fleming wrote Goldfinger in 1957, the gadget-filled Aston Martin, it was a Mk III. The movie was made in 1964,” he says. “Sean Connery drives a DB5, but James Bond drives a Mk III.”

Adams has been working with classic cars since he bought and old Jaguar while a student in high school, and through years of learning, gaining experience, and importing classic cars—since the ’70s—he’s built a life around motoring. His beloved Mk III has remained in Adams’ care since he bought the car in England, and he knew from the get-go that this prototype was a special car.

“I would call it a nice used sports car,” he says. “I sort of think it’s been art directing itself over these years…to me, this car’s perfectly awful—I love it the way it is.”