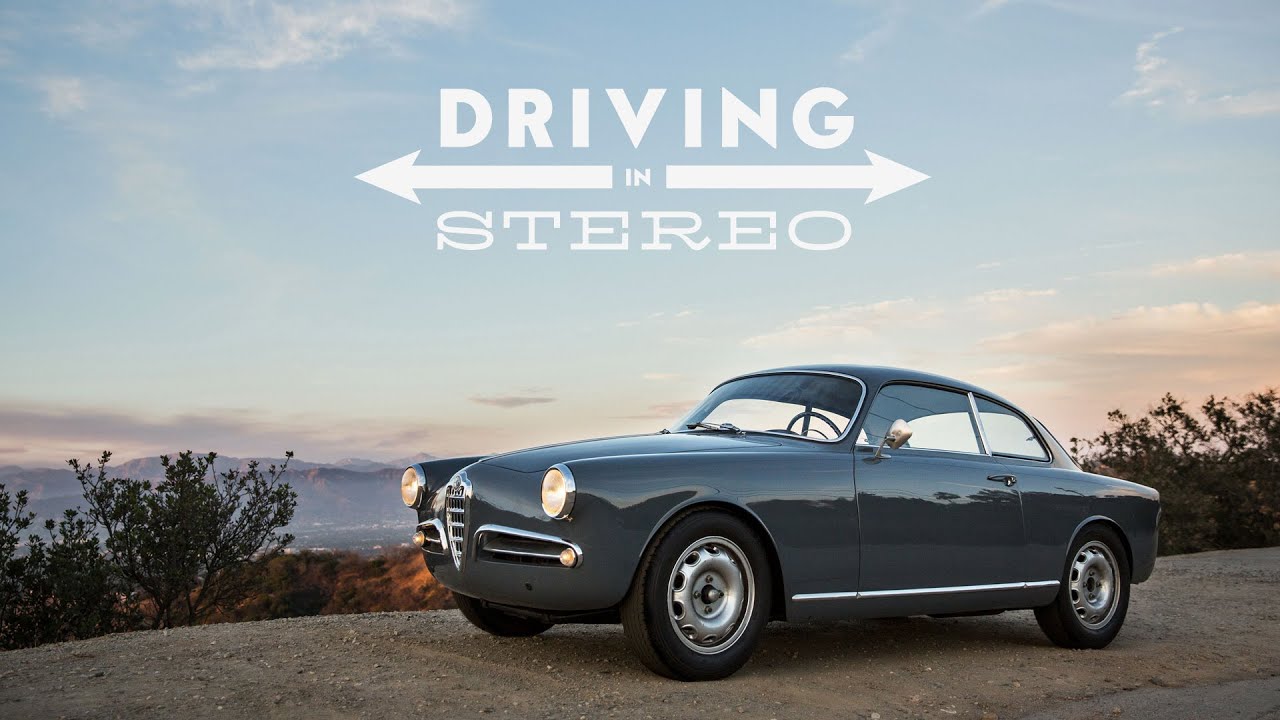 This Alfa Romeo Giulietta Sprint Is Driving In Stereo. “This isn’t pure nostalgia, it’s not as if I want to get back to 1955, I just think there’s something—there’s an analogue world that’s coming to an end,” says Jeff Martin. “Everything’s sort of automatic, and you push a button and download an app, and…there’s nothing like that going on with the Alfa.”

It’s as much an aural delight for Martin as it is one to the eye; the “Italian DNA speaks to me,” looking like it was from, “another dimension”—but when he finally could afford his dream car, found one, had it restored, and took delivery…an errant motorist destroyed the car before he could enjoy it. The new one that he found to replace it?

“These hippies that lived up at Santa Cruz, they put it in the Recycler, and I bought it from them…” Martin says. “It just purred down the road…the moment I’m loving my drive down the 101, the gas tank falls off, showering sparks up its back…”

Now, on the road and driven regularly, the car “speaks to” Jeff in a way that’s both unique and rewarding in his life.

Thank you to Jeff Martin, from the band Idaho, for letting us use his music in this film.