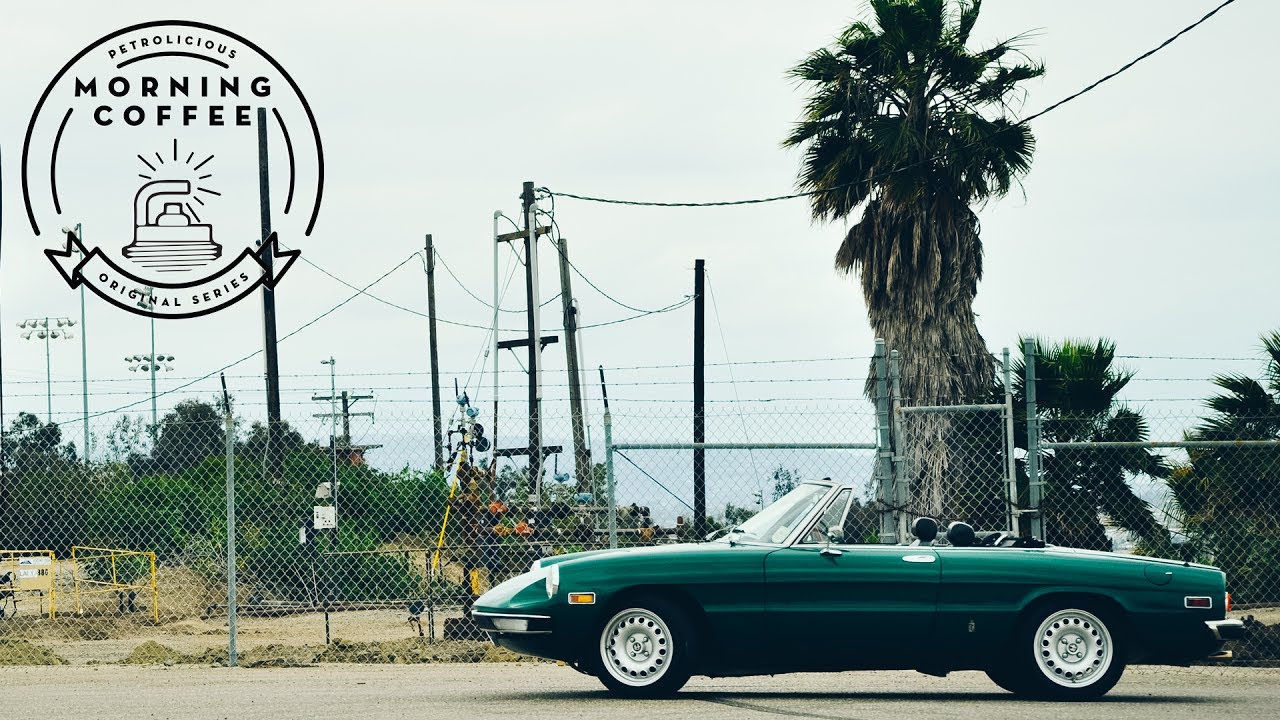 This Alfa Romeo Spider Is A Well-Oiled Multitool. Sponsored by Turtle Wax

Each week with every film we produce we’re going to aim to give you a bit of a gallery from behind the scenes. This week we bring you some stills from our film shoot with Petrolicious’ Director of Marketing Andrew Poole and his 1974 Alfa Romeo Spider.

Finished in a vibrant coat of Verde Inglese (the Italians’ take on British Racing Green) this convertible isn’t just for sauntering around town looking pretty as the sun pours in. Of course the little Italian beauty is happy to absorb the admiration of passersby, but the car’s swept-back stature, long unbroken belt lines, and endearingly eager fascia take care of that handily on their own, for radiating charm in a parking space doesn’t require chassis bracing and a worked-over motor.

The tight cockpit and massive dome of visibility afforded by the absent roof can offer an ideal view of a quaint little town being explored in first gear, but it’s also perfectly suited to this car’s Mr. Hyde side, in this case providing better views of the gaps between slower cars. After adding an aura of authenticity to a morning espresso run, the little Alfa is ready to escape the bustle of population and find a place to indulge in its capabilities.

This is no standard Spider after all. In addition to chassis stiffening and suspension tweaks, the car also houses a motor that’s received an abundance of upgrades, including hot cams and a dual Weber carburetors. Prepared by Petrolista and self-proclaimed Alfa Romeo nut (he does have at least 20 at any given time it seems) Manuel Minassian, the motor is both ready and asking to be used properly.

In the film featuring his car, “This Alfa Romeo Spider Is A Well-Oiled Multitool,” Andrew proves that its potency lies not just in the ability to draw a gaze. Gone is the doughy body roll, and in its place a level of poise and nimbleness begging for a set of switchbacks. The power output has been upped accordingly, turning this car into a form of the classic “sleeper,” only this is a car that’s always looked the part.

Indulging in the benefits of his tasteful modifications, Andrew grabs the car by the scruff of its neck as the two tear through the dust and beckoning emptiness of Southern Californian desert on their way to the world-renowned dry lakebed of El Mirage.

Following a day of lewd manners—and from such a pretty little thing!—the Alfa’s streamlined form is caked with geologic levels of dust and dirt. With a dual-purpose car like this one’s ability to deliver such a wide range of enjoyment, it’s only right to treat it well in return. While it was certainly fun acquiring the coating of prehistoric dust, Andrew’s use of Turtle Wax ICE Wash & Wax and Power Out Carpet Cleaner makes swift work of restoring the Spider to its showroom glory.

Drive your cars, but take care of them too.