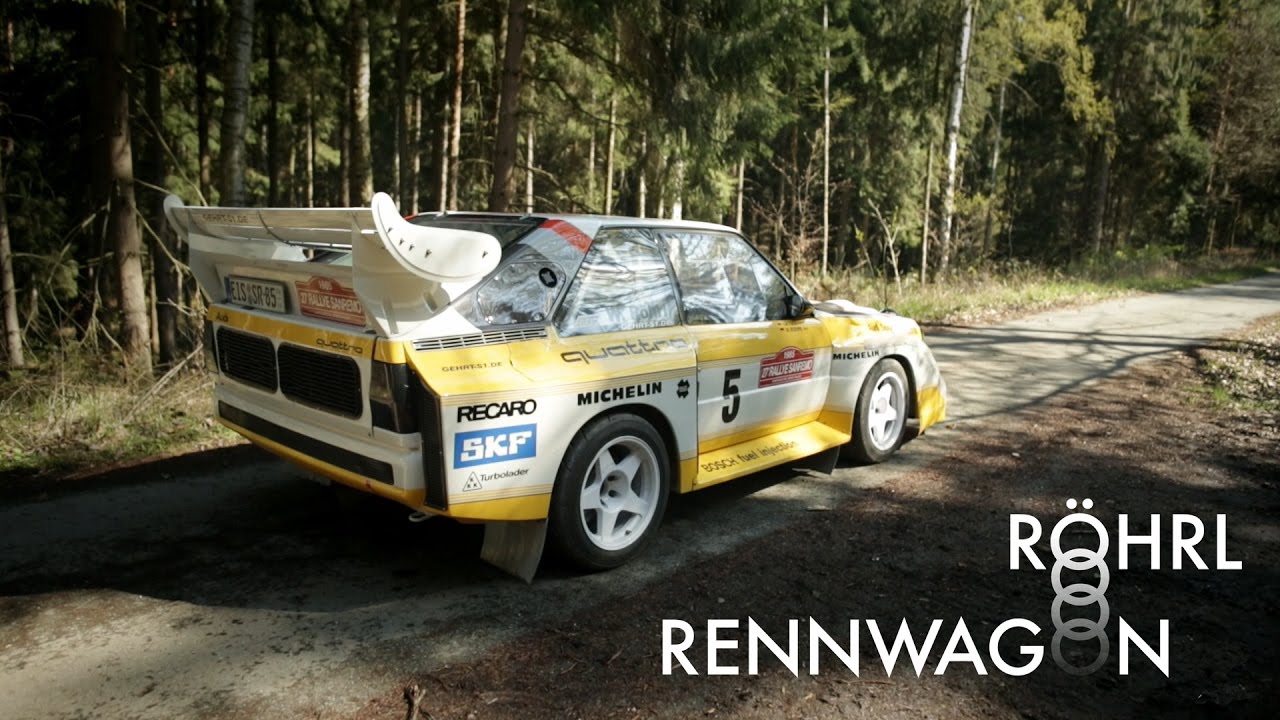 Years ago while attending an auto show with his wife, Volker found an Audi Sport Quattro rally car scale model for sale at a vendor’s booth. Always a proponent of Audi’s iconic gravel and tarmac racer, Volker purchased the die-cast and made the little Group B toy a tasteful desk ornament. Over the course of countless days spent working in his office with the model nearby, Volker found himself infatuated with the idea of building a full-sized tribute.

“With time I thought that there must be a way to build the car. I had to find a way to do it,” says Volker. Coincidentally and initially unbeknownst to him, Volker happened to cross paths with Roland Gumpert—the leading engineer behind Audi’s famous AWD drivetrain. After becoming acquainted with the Grandfather of Quattro, one day the two enthusiast friends started chatting about cars, reminiscing on the Golden Era of Rallying.

That’s when Volker proposed building an accurate tribute to the most extreme version of the various Group B Quattros. Gumpert ecstatically agreed to assist, using his motorsports connections to source parts and manuals needed to properly recreate the racing identity of the homologation hero. It was decided that the build would pay homage to the E2 iteration that Walter Röhrl drove to victory in the 1985 Sanremo Rally—Audi’s first and only ‘85 WRC season win.

To make the recreation all the more special, Gumpert made a surprise arrangement to have Walter Röhrl meet with Volker during the build. “I’ll never forget when he arrived,” reflects Volker. “He stood in front of the car and said, ‘Mr. Gehrt, I feel like I am having déjà vu. I am taken back to Audi Sport looking at my winning car.’” Humbled, Volker smittenly states, “That is one of those stories I’ll never forget.”

Proudly wearing Röhrl’s Sharpie’d inscription across the roof, Volker’s dream Quattro recreation has been finished to resemble Röhrl’s original racer down to the finest details. From every sponsor vinyl, light, toggle switch, and bolt, everything has been carefully selected and painstakingly assembled to appropriately revive and reverberate the original legend.

Once dreamy-eyed over rolling his model Audi Quattro across his office desk, Volker now gets to live his flame-spitting, gravel-slinging, Group B fantasy behind the wheel of his very own life-size car. “The feeling I get when I put on a racing suit, a helmet, and then just start the engine, it always gives me goosebumps.”