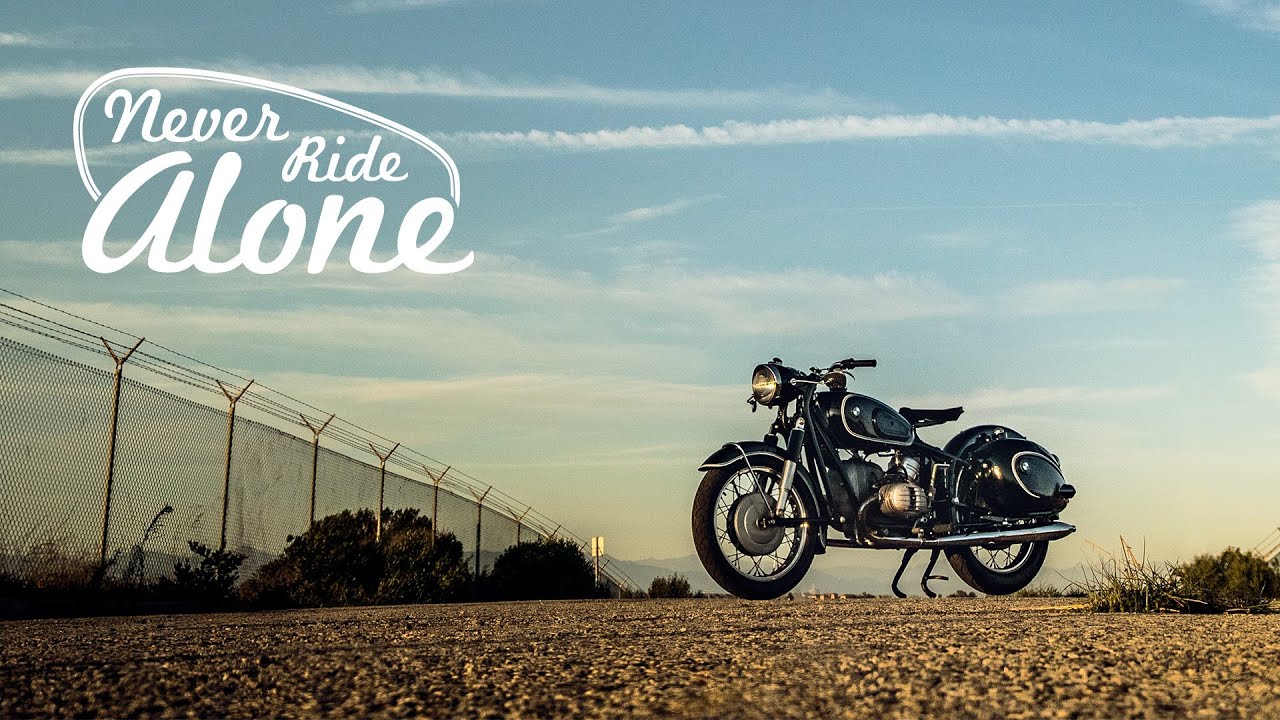 This BMW R60 Never Rides Alone. “This bike is about history, it’s about my dad…it’s about what started a life-long passion for motorcycles, it’s what launched a career,” Tom McComas, “…and it’s why I’m a Hollywood stunt man.”

In 1963, the first thing Tom’s father—also named Tom McComas—did when he was discharged from the military was to buy a BMW R60 motorcycle. This motorcycle. It was at times colored black, orange, and had a sidecar, which is how Tom Jr. began to experience the “euphoric feeling” he enjoys to this day.

“When I’m riding it and I look down and see the speedometer, it takes me back to 13, 14, 15 years old and having snuck the bike out, riding it on the North Shore of Chicago…it’s a trip, I can’t describe it,” Tom says.

“For him to have the bike makes me feel that it couldn’t be in better hands,” says Tom Sr., “…and I have total confidence that Tommy is going to love the bike as much as I do.”

“Wherever I drive, there’s a part of him riding with me; if it wasn’t for my dad and this motorcycle…motorcycles have been with me ever since, because of my dad.”