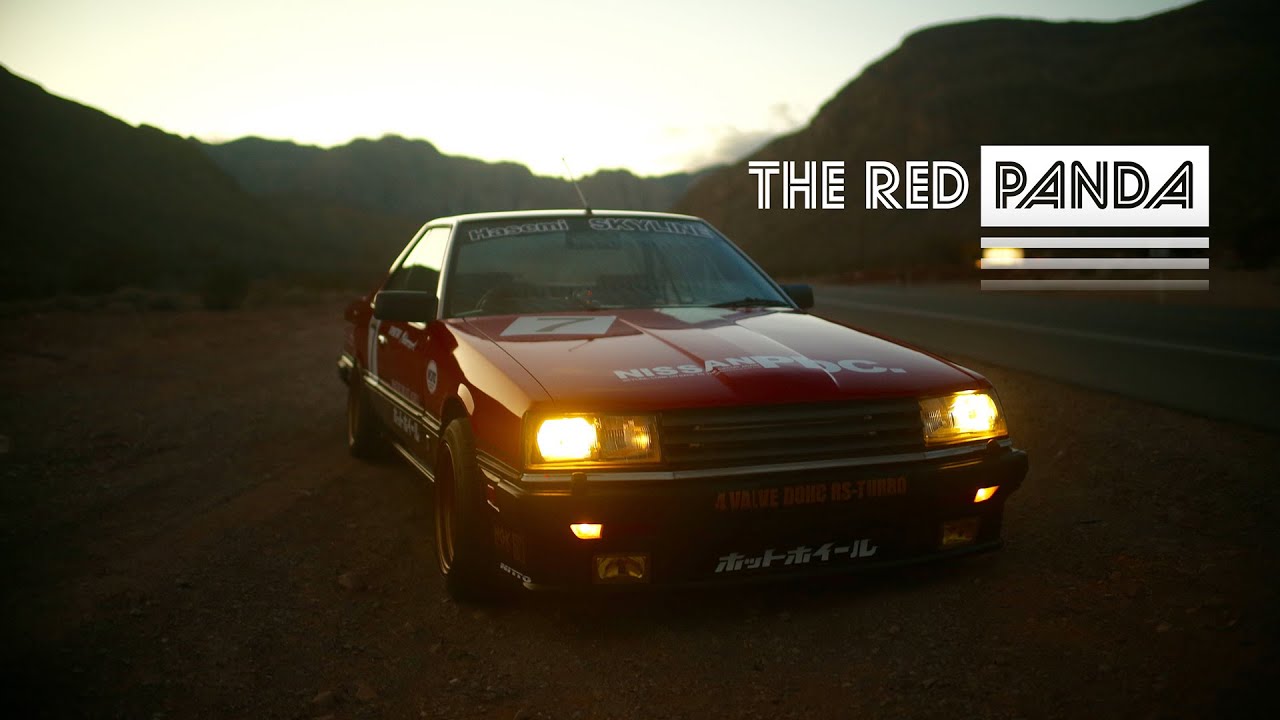 This DR30 Nissan Skyline is the Red Panda. “We always want what we can’t have,” says Jay Kho. “The Supra, back in the day, you could go to a dealership and purchase one. You could never purchase a Nissan Skyline…it’s like a treasure you never want to let go.”

Born in the Philippines, Jay Kho grew up with a car trading, street racing father who would race his Japanese car, “at Midnight,” he says. Once he emigrated to the U.S., however, Kho became quickly immersed in American and European cars, which were totally foreign to him at the time. After owning a few interesting ones, including a ’66 Ford Mustang, a chance encounter with an imported-but-hidden 1983 DR30 Nissan Skyline became an obsession.

“I grew up in the ’80s, I’m an ’80s kid. Look at this car, and right away, you know it’s ’80s. It’s made in the ’80s. It’s so boxy, just the angular shape to it,” Kho says. After changing the engine to an SR20 and freshening the car as needed so he’s able to enjoy it, Kho’s R30 Skyline is road legal and his pride and joy. Despite its ‘Godzilla’ nickname, he’s modest about its performance, saying the SR20, “…has decent power, enough for me to enjoy it”.

Now that he has his dream car, will Kho sell it? Not a chance—he’s still surprised he has the keys to a DR30!

“It’s something that we could only dream of and aspire to,” he says. “Knowing that you have it in your garage…I’m like, ‘Wow, it’s there…”