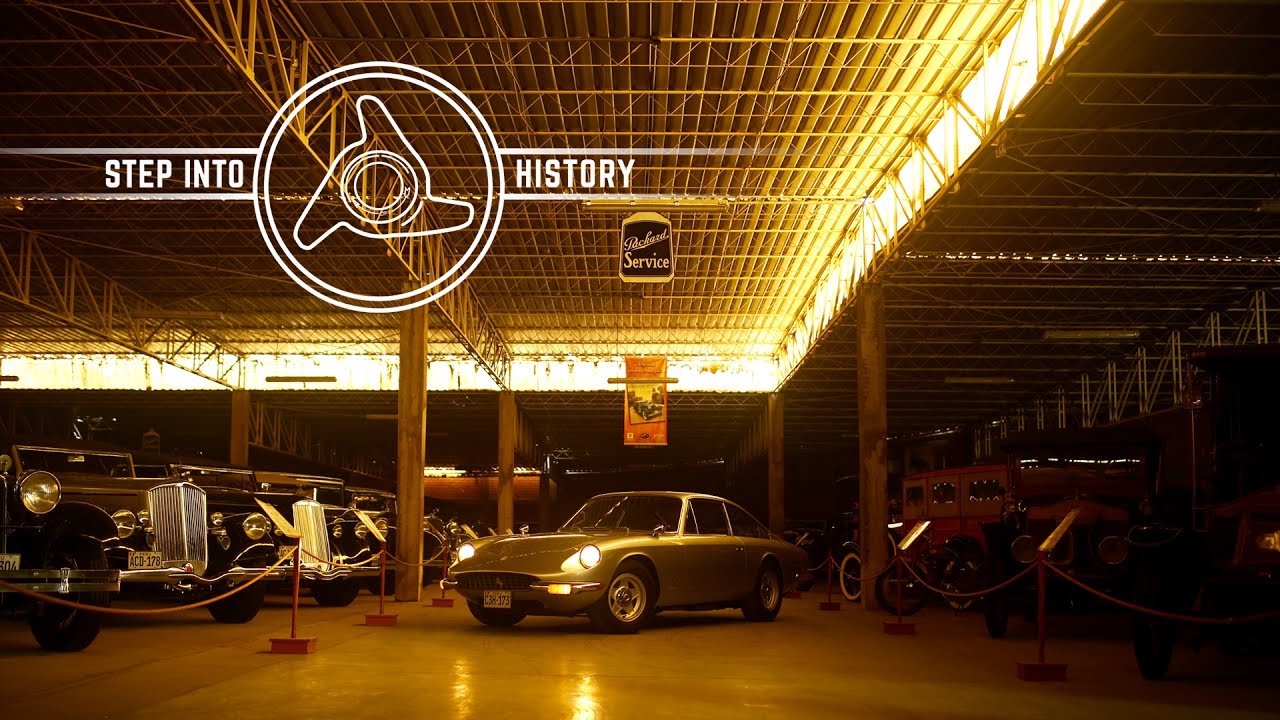 This Ferrari 365 2+2 Is A Step Into Lima Peru’s Automotive History. Jorge Nicolini is the proprietor of Museo de Autos Antiguos Colección Nicolini, Lima Peru’s only classic car museum. His 365 2+2 GT is a tremendous sight to see in a town like Lima, so when we had the chance to tell his story alongside the story of that car we had to jump at it. It is our pleasure to share this film, alongside with his first hand telling of his story below.

Well, this is a passion. Really, I have this passion. I have had it since I was a boy, since I was young. So for me, what I like is to buy a car that is in bad condition and be able to restore it, to bring it back to life and to be able to use it, to drive it, to travel in it.

My name is Jorge Nicolini, and I am the owner of the Automobile Museum here in Peru.

Well I have liked cars since I was a child. I have followed the car races in Peru since childhood. As a child I was given a pedal car with inflatable tires, an English car, an Austin. You could open the hood and see 3 spark plugs.

For me, that car was the best. But my family, my dad and my uncle they were reps for Packard and Mack trucks in Peru. So, as a young boy I was always going to the shops, looking at the new cars, the new Packards.

I have even raced in the United States. I went to the last Italian Championship, but unfortunately because of a problem in my ribs I could not race.

That is my story about cars. The difference was, when I started, I started by chance. Why?

Because I was going to get my racing kart in Argentina Avenue in Lima, where our factory was. And I saw an old car pass by that was a private taxi. And the car was in good conditions with the thin wooden wheels, canvas top.

And it caught my attention. So I saw it for 3 days in a row, the third day and I said “no this guy is abusing the car.”

So I went and grabbed my car and caught up to him. And I told him, “are you selling it?” He told me yes. But at that time I was 18 years old. Well, I did not have the money to buy it.

So that is how I got my first car, a 1925 Lincoln. Later I painted it as I could, I did an amateur restoration. There was an exhibition at the Pacific Fair where they lined up cars.
There I saw a Ford Model T that someone had bought, who is now my friend. It was a young guy, a little older than me, but there we became friends. And I told him “sell it to me, sell it to me.”

No. He did not want to sell it to me.

So then I went out to look for a Ford T here in Peru. With some luck I got a Ford T in the mountains, from the Andes. It was in near perfect condition. I bought it. I restored it.

Ford in 1965 had a contest looking for the oldest, and best preserved Ford. And I won it with that Ford T. I won a car, Ford Taunus, a ’65, brand new.

So then what I did with that car was, since I already had a Mustang Shelby, which my Dad had given to me, I sold it.

And with that money I bought 10 old cars. And that is how my car hobby started. So then we reached an agreement. My process is that I choose a car that I am going to† restore and I study it. I look if it’s complete, if it is not, I have to look for the missing parts. Via the internet, buy new replacement parts, and when I have almost everything ready, or have it all planned out, I start to disassemble it. I take pictures, save parts in a bag, and start the restoration.

Right in the year 2002 I opened the museum. And these cars, I’ve had them stored for a long time because the conditions of the country did not allow me to open this museum. So, in the year 2002 I wanted to show the Peruvians and the foreigners the cars that were in Peru, the cars that were around in Peru. How people lived in Peru in the 20s, teens, 1905, 40s, 50s, to which Peruvian families these cars belonged to. I have all the stories of these cars, who they belonged to in that time.

That is what I want to relay. A history of Peru throughout the cars. And that is what I have done. Definitively since I opened the museum the antique car scene has increased.
And they got inspired, and the guy who had his dad’s car stored, he got it out, restored it and put it to use. Effectively, yes, I have inspired them.