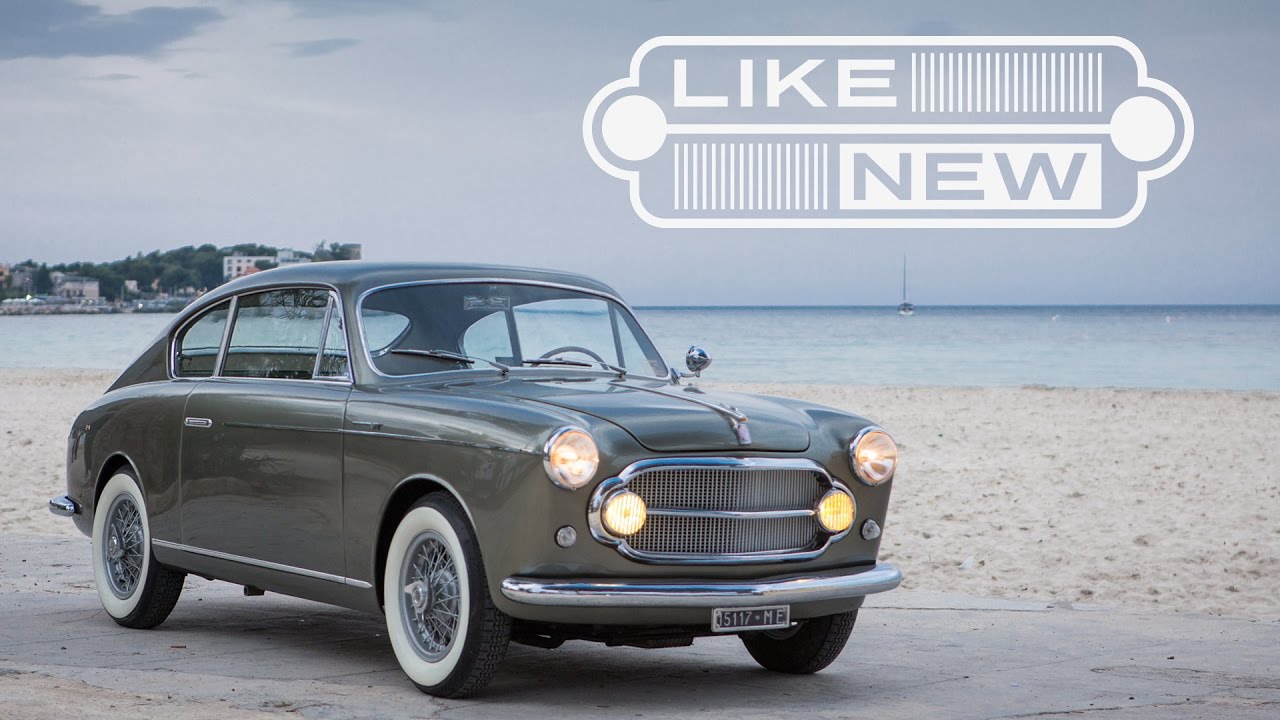 This Fiat 1100 Vignale Is Like New. When we first met with Daniele Spataro we were immediately enamored with his humble approach to collecting cars that much of our community has forgotten to the sands of time. How often do you run into someone who even knows how special a Fiat 1100 103 Vignale is, let alone owns one in as-new condition? We asked him to tell his story in our latest film, which you can also enjoy below.

My first vintage car was a Fiat 100 Turismo Veloce from 1955 that I restored by myself at the age of 18. Because of it I developed a passion for these cars. In time this passion brought me to collect some derivatives of the 1100, like the “Barchette Da Corsa”, “Stanguellini” the Volpini and so on.

I live in Sicily and here you can still find the famous “barn finds” In people’s garages and barns. I found several unique cars abandoned in barns, or in haylofts. To this day you can still find cars like that. The same happened with this unique car which is the 1100 Charmant Vignale derivated from the Fiat 1100 103. Only 12 were built, the body was built by Alfredo Vignale who usually only produced a set of 12 for each type. Designed by Giovanni Michelotti, who was one of the most important and prolific car designers in the world. Michelotti found his right-hand man in Vignale. Michelotti would design the cars and Vignale with his artistry would complete the body work. This car was built in 1953, one of the first of this type produced, it is really fun car to drive, but the singularity of this car is that it is essentially brand-new.

I found it in Messina 4 or 5 years ago. Perfectly preserved, the odometer read 6,012KM since 1953. It was originally purchased by a wealthy lawyer in Messina, who picked the basic version and not the Turismo Veloce one because this version was more sober in body and accessories. So, since he was a discreet gentleman he picked this basic model but, when he ordered it he asked for some peculiarities, because he wanted this car’s custom details not be visible from the outside. In fact, he asked for Borrani spoke-wheels, an Abarth aspirator system with dual carburetors and a special exhaust system. A Nardi exhaust pipe, and a Nardi oil cup and high performance starting coil, a Nardi wooden steering wheel, speed gage and a radio with electric antenna. All these accessories, at the time, denoted a higher category car than this.

So although this car was only a derivate of the Fiat 1100 103 Normale, its optionals made it run like or better than a Turismo Veloce or TV. But in Messina in 1953, 1954, a custom car like this, even if subtle, obviously stuck out and people would point to it so, the owner being the discreet type, felt uncomfortable with the car. He preserved this car by parking it away, and bought a Mercedes Berlina, surely a more anonymous car.

But I really think he was in love with this Fiat because he preserved it by putting it on bricks in his garage, he drained it of all the liquids like the water from the radiator and the gas from the tank, lubricants from the shifter and differential, and there it remained until unfortunately the owner died and his wife decided to free up the garage. I heard about this car being for sale and I went to see it, I still remember the feeling of sitting in a car built 60 years before, but essentially brand-new. I only had to wax it, and that was it, it looked brand-new.

Not in a restored way, but like it was created yesterday from Michelotti’s pencil and from Vignale’s artistry, in 1953. Whenever someone asks me what kind of car I own I reply that I don’t own any cars, I am only the custodian, to preserve their future. These cars are like art pieces, you don’t possess them, you safeguard them.