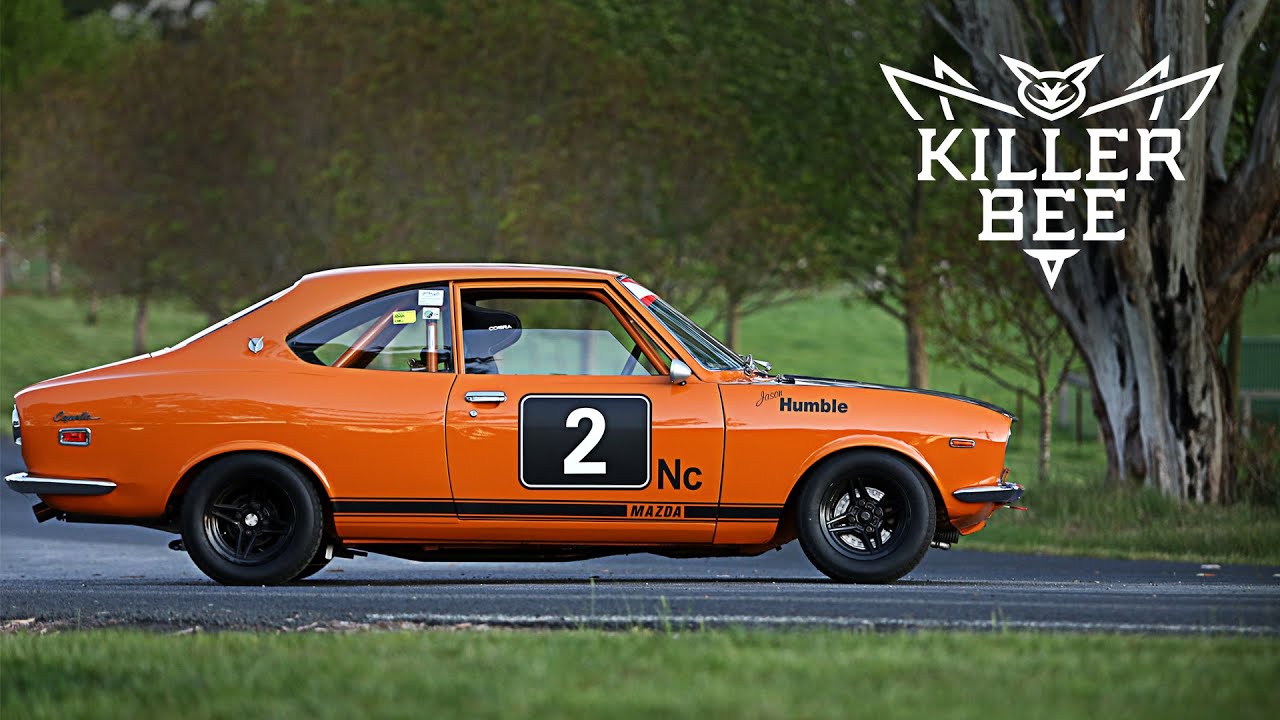 This Howling Mazda RX-2 Is A Killer Bee. “In Australia, you’ve got several options; cricket, you have football, you have cars, and my dad was a car racer back in the day,” says Jason Humble. “So I was fairly blessed as a kid—I got to spend a lot of time at the race track.”

When it finally came to owning and running his own race car, Humble had fallen in love with small, revvy, mighty, rotary-powered Mazdas.

And few are as small and as mighty as this particular killer bee, a 1971 Mazda RX-2. In Japan, it was known and raced as the “Capella Rotary”. Humble’s car was found in disrepair, and he restored and built the car into the epic vintage racer it is today.

“It’s a real genuine take on what what the car should have been in the day,” he says. Yes, even that insane engine noise is a throwback to 1971.

“We’re the little car that could…or would like to,” Humble says, “We race pretty hard, we race door handle to door handle…I don’t think it’s fair to the car to be expected to be perfect all the time.”

“I’m starting to now embrace embrace the fact it might have a battle scar or two.”

With his meticulous maintenance schedule and preparation, there’s a good chance this RX-2 will be racing for years to come in Australia…even if its usually-perfect bodywork has a small blemish or two earned on the track.