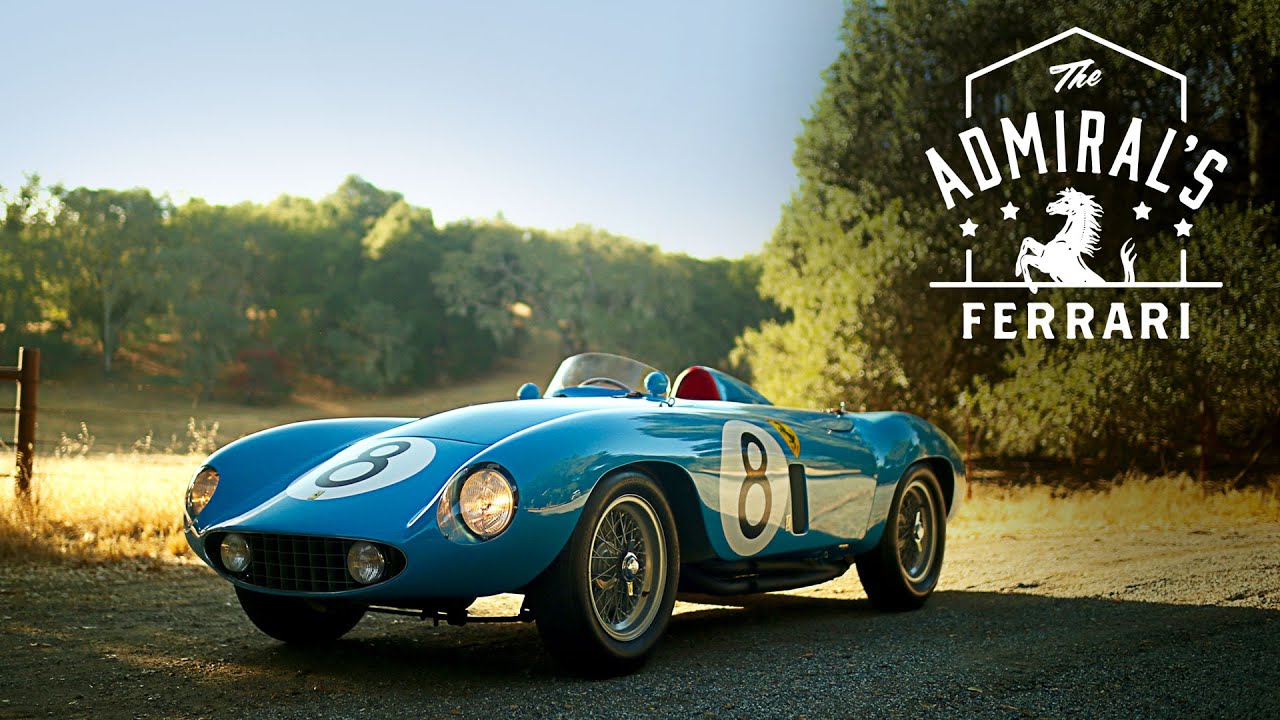 This Is The Admiral’s Ferrari 500 Mondial. “Most folks think of Ferraris as 8- or 12- cylinder cars. A 4-cylinder Ferrari is kinda strange to most people. They also don’t realize that the first two Formula 1 World Championships were won with 4-cylinder cars,” says Rear Admiral Robert A. Phillips, USN (Ret.). “There are so few of them…there are three left with the right motors…”

Bought after its racing career had drawn to a close, Admiral Robert Phillips bought the unwanted 1955 Ferrari 500 Mondial Series II by Scaglietti in 1960 for the princely sum of $2,225, or as he puts it, “two-and-a-half MGAs”.

Happiest on-track, these were Ferrari’s early series of privateer cars. It was sent originally to Venezuela, then to the U.S. where it was competitive on its debut at Sebring. By 1959, it had been relocated to a Rambler Dealership, with a seized differential! As it happens, the decision to wipe some dust off of the valve covers would change his life forever.

“Ah, Ferrari—I’ve got to save it!” and with that, Admiral Robert Phillips had spent 2/3 of his salary on a broken Ferrari racing car. And then proceeded to fix it himself, and race, with the car accompanying the Navy family on its many moves over the years. Now, he’s a world-renown expert on the 500/750 Mondial models, after years of research and collecting factory Assembly Data Sheets.